Marvel Studios’ Avengers: Infinity War just moved up its release date to April 27th from May 4. That means we will get to see Thanos wreak havoc on the Marvel Cinematic Universe sooner than we thought. And with that havoc, Thanos and his minions are sure to kill a number of Marvel heroes. It’s possible a new toy release might just hint at which of those heroes might fall to Thanos and his minions. 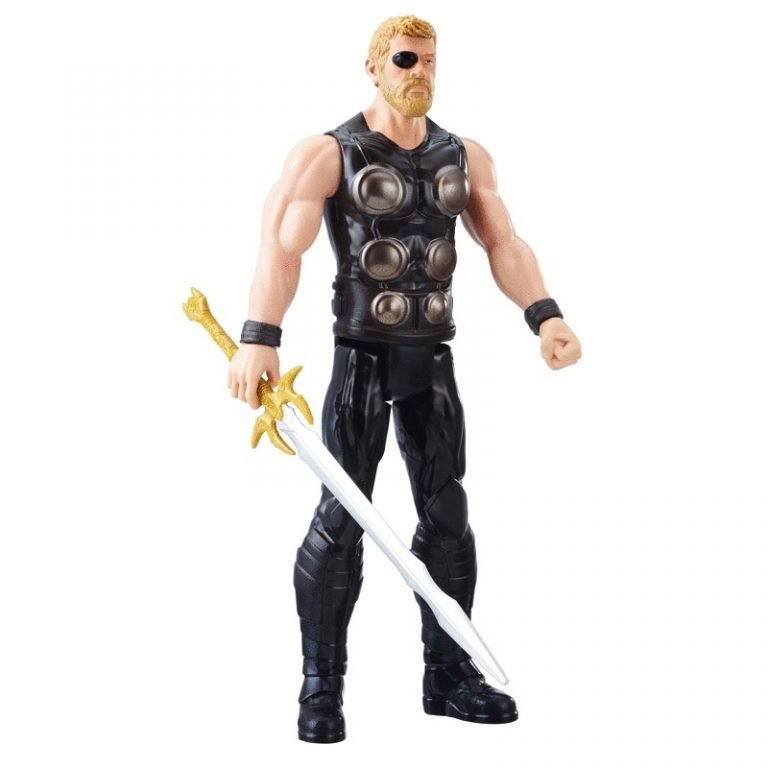 As you can see above this new Avengers: Infinity War Thor toy has a brand new weapon. In fact, that weapon looks very similar to Heimdall’s sword, Hofund. Heimdall uses the sword to open the Bifrost and allow Asgardians to travel through the nine realms.

But why would Thor be holding Heimdall’s sword? The most likely explanation is that Thanos will kill Heimdall. And it’s quite possible this will happen in the very beginning of the movie.

Marvel Studios boss Kevin Feige promised us, “Within the first five minutes of Infinity War people will understand why Thanos is the biggest and baddest villain in the history of the Marvel Cinematic Universe.”

And if you remember the post-credit scene from Thor: Ragnarok, Thanos ship Sanctuary II arrives above the fleeing Asgardians. In case you forgot, here’s a refresher:

Then in the trailer for Avengers: Infinity War, we see Loki appearing to offer the Space Stone to Thanos. Loki looks beaten and defeated and the background of the ship appears to show the massive damage Thanos and his minions did to the Asgardians. It’s quite possible Heimdall will be killed in this opening fight with Thanos.

It would explain why Thor has Heimdall’s sword and also fulfill Kevin Feige’s promise to show us why “Thanos is the biggest and baddest villain in the history of the Marvel Cinematic Universe.”

Do you think Heimdall will die?