The series will spin out of Doctor Strange and will take place some time after his appearance in Doctor Strange. Lemire explains in an interview with ComicBook.com, “Bob will begin to reconnect with the rest of the Marvel U again. In fact, our series will start a few months after the events in Donny Cates’ Doctor Strange, and Bob will already be reintegrated into the Marvel Universe a bit more.” 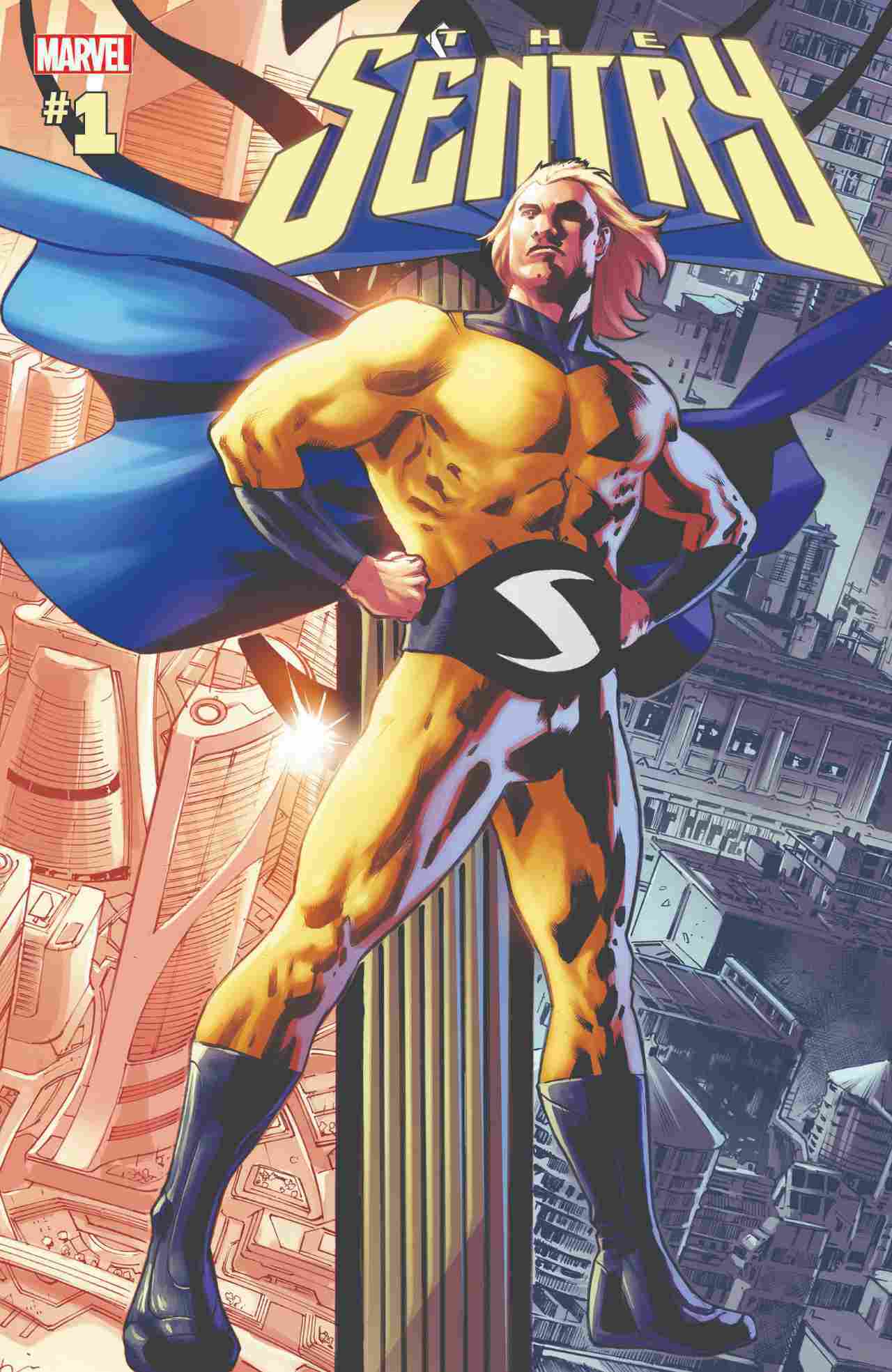 The Sentry is one of Marvel’s more unstable characters. However, he is also one of the Marvel Universe’s most powerful characters. He has the power of a million exploding suns. That power is undermined by the character’s dark side which is much more aggressive and manifests as the supervillain force called The Void. The Void actively seeks to undo all the good that Sentry does. In fact, it’s one of the main struggles the character has faced throughout his history.

Doctor Strange is currently keeping the Void locked in his closet.

Lemire is no stranger to dealing with unstable Marvel characters. He recently did a run on Moonknight. He explained the difference between the two characters:

Well, it’s is different since Sentry and Moon Knight both have very different issues. In both cases, I wanted to craft a narrative structure that reflected those mental health issues and both series deal with multiple realities reflecting the inner landscape of the characters, so I suppose you could draw a comparison there. But The Sentry is not a retread of what I did in Moon Knight. But I did want to create a story filled with mystery and psychological depth like I did with Moon Knight.

This book actually excites me. Jeff Lemire is a master storyteller. I absolutely love the work he has done on Valiant’s Bloodshot and his current DC Comics series The Terrifics is off to a great start. He also told one epic of a Thanos tale seeing the Mad Titan brought low only to be reborn and even more powerful than before.  I can’t wait to see what he has in store for The Sentry and The Void. I can’t wait to see what he and Kim Jacinto have cooked up.