The Marvel Universe is in for a reckoning. Following the events of Secret Empire, Las Vegas was destroyed, but Doctor Strange brought the city back to life in the first issue of Doctor Strange: Damnation. But the city wasn’t the only thing he brought back. Mephisto also returned and he quickly began to turn Las Vegas and the surrounding area into his own Hell on Earth.  Mephisto quickly set up his operation and began collecting souls. A number of those souls include the latest incarnation of the Avengers which includes Thor, Captain Marvel, Black Panther, Hawkeye, and Falcon. Mephisto turned them into his own servants and made them Ghost Riders. 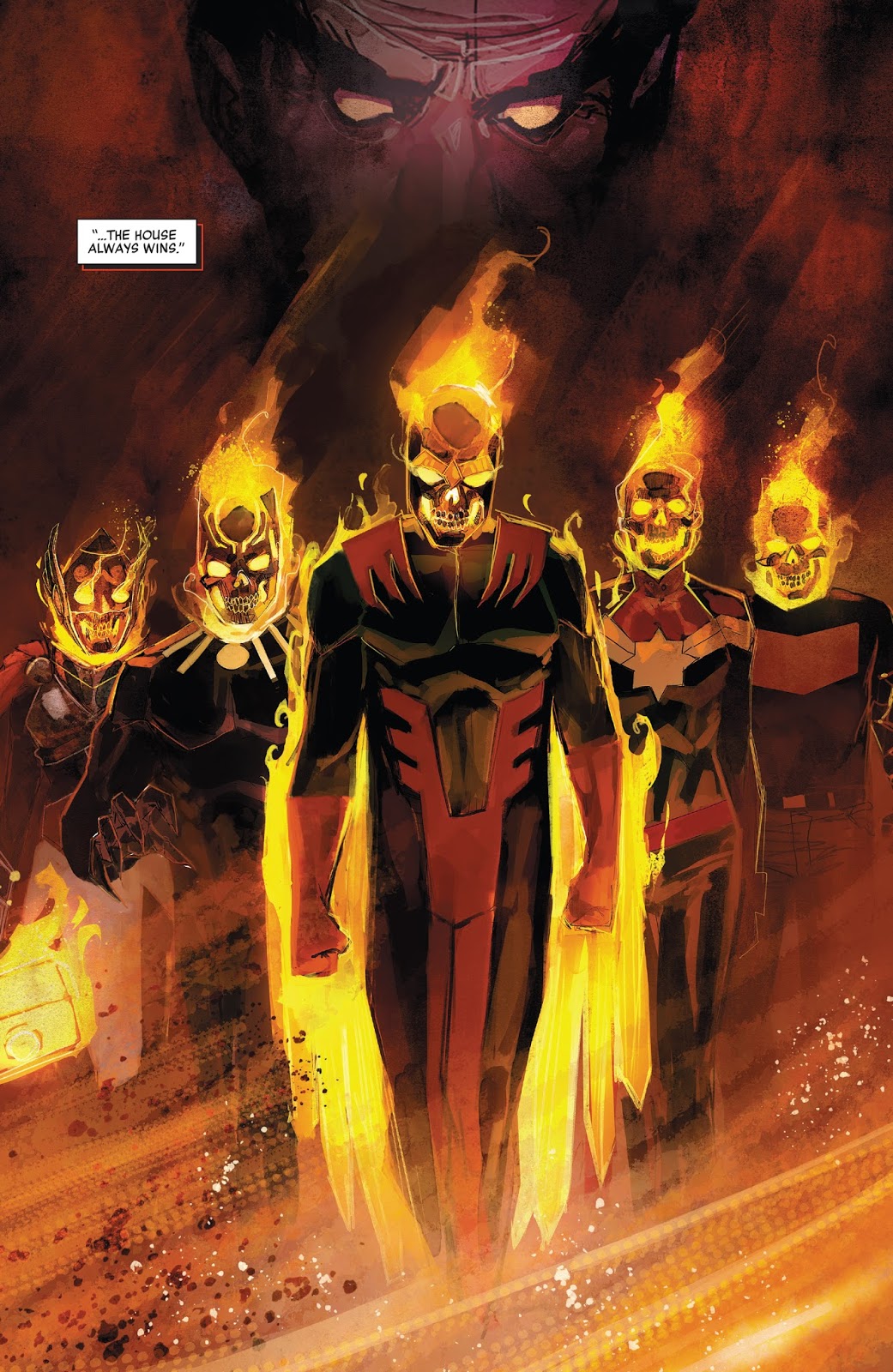 Doctor Strange decided to try and set things right. He sat down to win back Las Vegas and the souls now controlled by Mephisto. Unfortunately, he got caught cheating. And like any old school Las Vegas casino owner they don’t like cheaters. In fact, Mephisto has his servants break Doctor Strange’s legs.

But that wouldn’t be the last Marvel superhero Mephisto would add to his collection. He would collect Doctor Strange as well and turn him into a Ghost Rider. 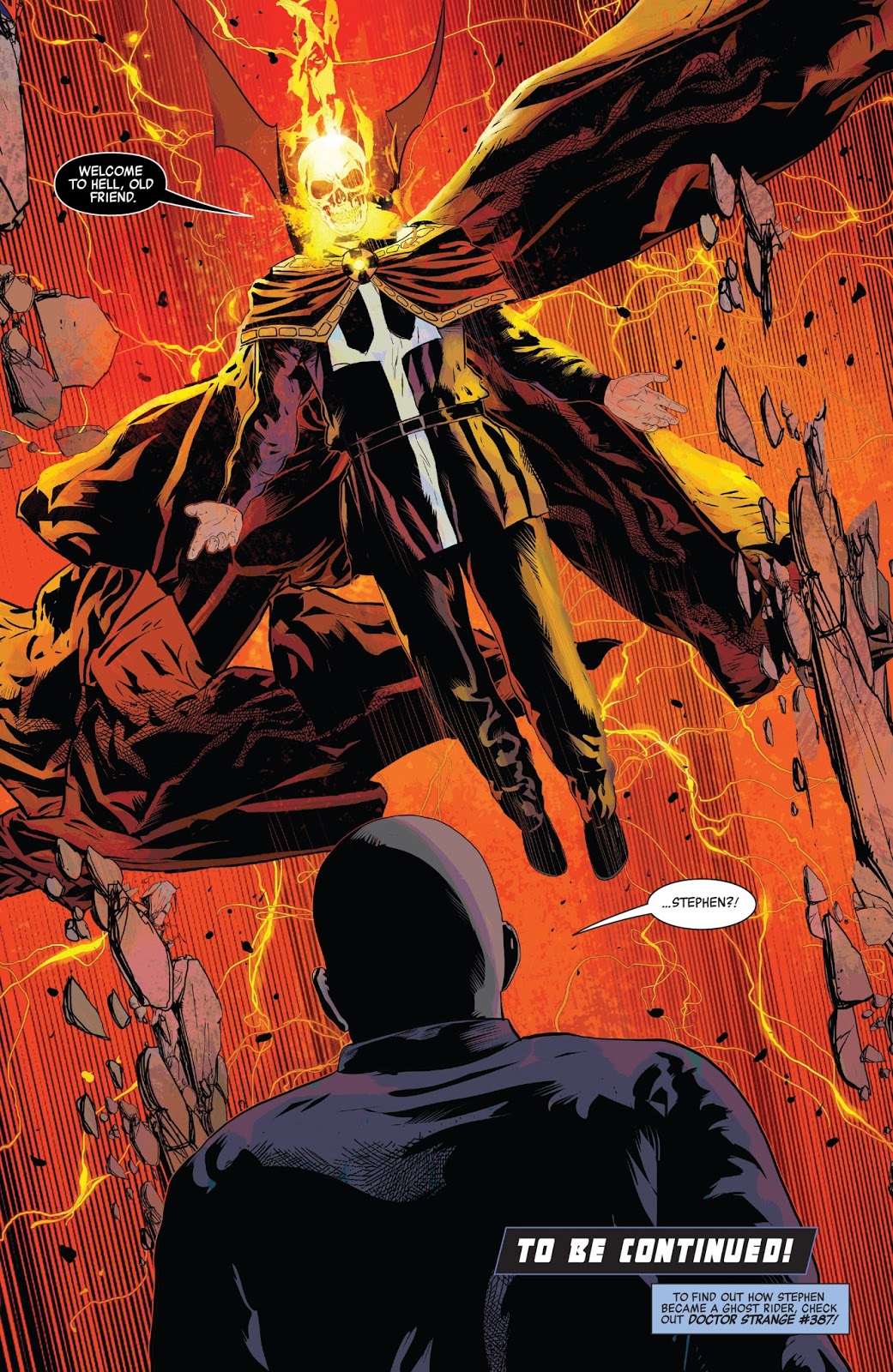 While, I was skeptical of the first issue of Doctor Strange: Damnation, this issue was quite a fun read. It was your basic team building book, but it had Marvel’s classic wit and humor as a number of Marvel’s not so good “heroes” team up to take on Mephisto and his new Ghost Rider squad. They actually debate strategy and point out flaws in certain plans unlike what we saw in this week’s X-Men: Red #2. There are also real consequences for this new team of heroes and they quickly find out they might be outmatched by Mephisto and his Ghost Riders. While I might have been on the ledge with issue one, I’m glad I stayed around for issue 2 and I will continue to pick up this book from writers Donny Cates, Nick Spencer, and artist Szymon Kudranski.