Coming soon to a theater near you!

Shazam! is currently filming in Toronto. The David F. Sandberg-directed film is the first DC film to come out in 2019. Not only that, it stars a hero that wasn’t affected by this year’s Justice League situation. Hopefully, this is something entirely new. Just a few days ago fans got their first look at star Zachary Levi in his Shazam costume. Now, thanks to more leaked photos, take an even closer look at Levi in the costume! 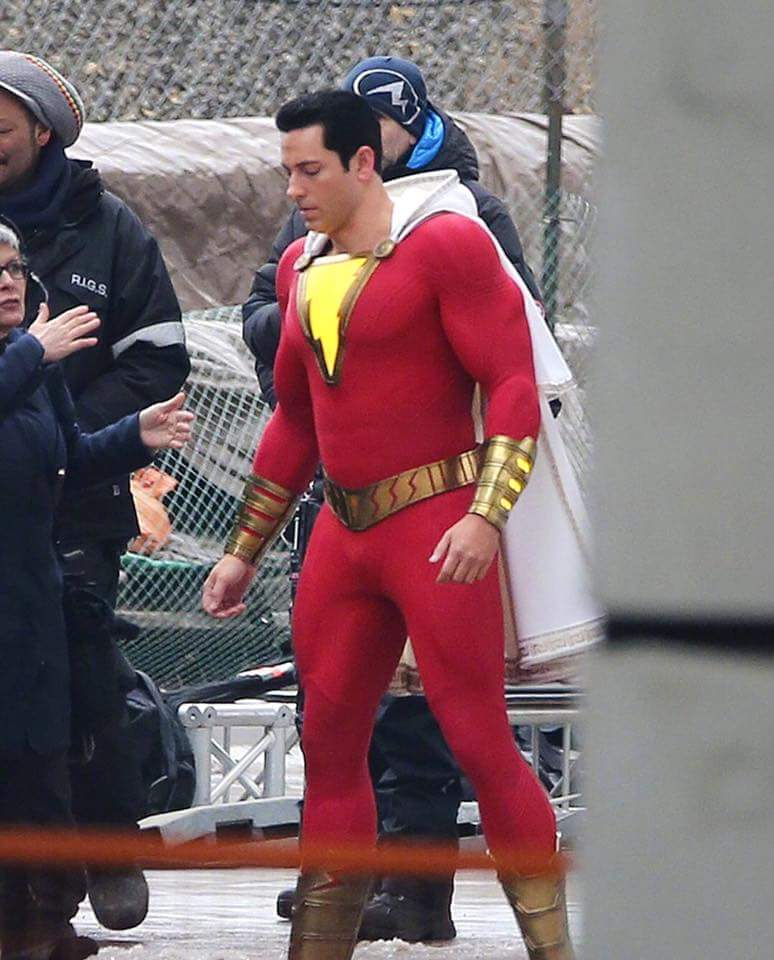 Zachary Levi on the set of Shazam! – Warner Bros. and DC Films

The picture is one of many making the rounds on Twitter, Reddit, and Facebook. As the film continues to film in public expect even more costumes and leaks to be revealed. We’ve already seen an action scene involving both Shazam and Dr. Sivana. We even got a close-up from their encounter.

But there’s no sign of that recently-revealed cameo. It’s cool that at least a minor look at the character is making the rounds. But there’s a problem.

The design is good, but the texture looks off, doesn’t it? There’s a reason for that!

Texture is an important part to any superhero costume, just look at the Man of Steel Superman suit. These suits are designed to be filmed from up close with incredibly expensive, high-resolution cameras. This is a photograph from a paparazzi’s Canon from 300 feet away. It’s not comparable. This is why DC Films, Warner Bros. and any other studio get upset when leaks like this occur.

Remember everyone’s first reactions to seeing Suicide Squad‘s interpretation of Killer Croc? It looked ridiculous from afar, but it was one of the most effective pieces of make-up in the film. Enough to help the film win an Academy Award for Best Make-Up and Hairstyling.

In fact, one photo actually shows the texture of Shazam’s suit.

He looks pretty darn good there. And just wait til we see him in theaters on April 5th, 2019.