Phil Coulson, played by actor Clark Gregg, has been the iconic agent of S.H.I.E.L.D., being mostly constrained to a television series. Yet we often forget that Agent Coulson had his humble beginnings in the Marvel Cinematic Universe films. At the cusp of Avengers: Infinity War, and the 100th episode of Agents of S.H.I.E.L.D., there are hopes that agent Phil Coulson will come back to the MCU films.

When we last saw Agent Coulson in the Marvel Films, he had gotten on the wrong end of Loki’s scepter during the first Avengers. Apparently he had died that day, with his death being the catalyst for the superhero team to finally unite in their efforts to save the world from a Chitauri invasion.

However, an operation in cellular regeneration by the highest tech S.H.I.E.L.D. had to offer brought Coulson back from the dead. Ever since, he has been an integral part of the television series Agents of S.H.I.E.L.D. serving as both mentor and leader of that team for the better part of five seasons.

At the cusp of the series 100th episode, actor Clark Gregg did an interview with Entertainment Weekly. When asked about whether he would appear again in the MCU films, he wasn’t too confident about making a return to the film universe.

“When they feel like it’s time to start connecting any of these worlds, they will. I feel like I’ll hear from them then, but in the meantime, I have my hands full trying to do a good job on [S.H.I.E.L.D].”

It’s important to note that Gregg might know something through his language. He never says “If,” but the question is more “When.” Marvel Television boss and Agents of S.H.I.E.L.D. producer Jeph Loeb revealed a bit more about a payoff to the Avengers believing Coulson to be dead.

“It’s certainly something that will get resolved, and it may get resolved in a very surprising way.”

This will be a wonderful book end to Agent Coulson’s integration to the MCU films, and a deeper connection between the movies and television series fans have been looking for. 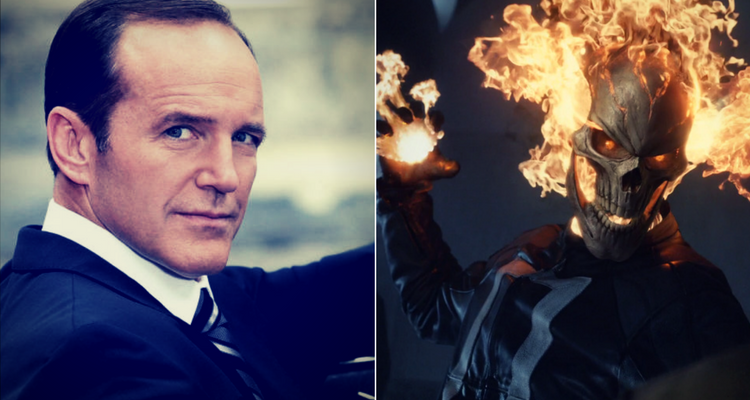 Season 5 episode 12 marks the 100th episode of the Agents of S.H.I.E.L.D. series. It’s had a rocky start to get to where it is today. The computer generated imagery for the flying car in the first episode and some of the generic writing compared to the writing and CGI for Ghost Rider of season 4 and Hydra of season 3 is like comparing night and day. Possibly spoiling the episode, we get a glimpse into Coulson’s past and some of his biggest fears. The writing delves deep into his time on the show and his time in the MCU films.

(Spoiler alert- remember that spear that drove through him in Avengers? Well, he’s back to slowly dying from those wounds.)

We often forget that he was in every film leading up to The Avengers. He serves as liaison to Nick Fury and S.H.I.E.L.D. for most of the films. He is in Iron Man, trying to get Tony Stark’s attention and the latter wouldn’t give him the time of day. The organization Coulson works for isn’t an acronym at that point, as he refers to it as the Strategic Homeland Intervention, Enforcement, and Logistics Division. It isn’t until the end of the film we find out the acronym and Nick Fury shows up to seal the deal with Tony Stark and tell him about the Avengers program. Then we see him again in Thor, trying to asses the hammer, Mjolnir. Again we see him in Iron Man 2. This leads up to his final film appearance in Avengers.

And now with the show wrapping its 1ooth episode, we get a little bookend to the Loki injury. The very injury that landed him in the television show could possibly bring him back to the films. 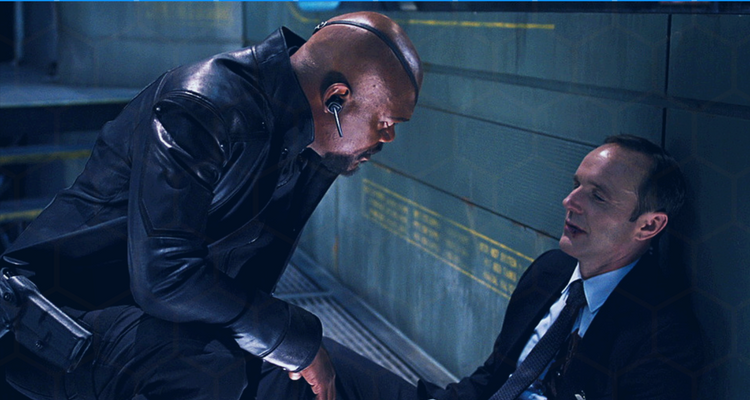 Two Coulsons? The Future of One.

What changed for Coulson is that he more a leader in his own right than he is during the films. In the movies, he is a fanboy of Captain America and stands valiantly against an Asgardian, much to his dismay. His character is more of a lackey rather than a head of an elite team of his own. It’s almost as if the film version of Agent Coulson and the Coulson fans have lived with for five seasons on the television series are two different people.

At this point, we can’t say we know what will happen. We just get teases of information, enough to speculate but not enough to say for sure. Perhaps at the end credits we get a scene with the voice of someone we think is Coulson. He is debriefing his team, a familiar face and a new character to the roster. A helicarrier opens up revealing S.H.I.E.L.D. agents, Nick Fury, and the new character – Captain Marvel. In just 30 seconds, we get a major teaser for the 4th Avengers film and the future Captain Marvel film. Plus we get a possible 6th season for setup for Agents of S.H.I.E.L.D.. The imagination can run wild at this point with so many rumors. Who could possibly show up in the movie? Who is doing the voice acting for the Black Order?  What will happen to the current iteration of the Avengers?

Whatever the case, we’ll find out for sure when Avengers: Infinity War comes out in theaters worldwide on April 27th.