Corvus Glaive is one of Thanos’ Black Order and he will most likely make his presence felt in the Marvel Cinematic Universe in the upcoming Avengers: Infinity War movie. We actually believe we get a glimpse of him in the first Avengers: Infinity War trailer. Well at least his glaive and his boot. We believe Corvus Glaive is the person extracting the Mind Stone from Vision’s head with Proxima Midnight standing beside him. 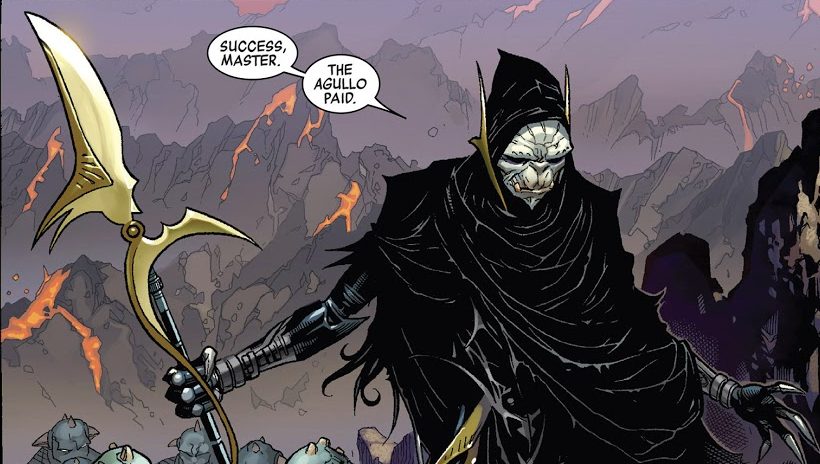 Corvus Glaive is one of Thanos’ top generals and he even marshals the troops on Titan to attack Earth and claim Thanos’ tribute despite numerous protestations from a number of his followers. Along with being Thanos’ top general, he is a member of Thanos’ Black Order and one of his five top dreadlords. The other five include Proxima Midnight, Black Dwarf, Supergiant, and The Ebony Maw. As his top general, Corvus Glaive also collects Thanos’ tribute from conquered planets. During Infinity #1, Corvus Glaive is dispatched to Ahl-Agullo where he defeats the planets champion Augollux the Brave and collects tribute from the planet in the form of severed heads.

Corvus Glaive’s primary weapon is his glaive and it is extremely powerful. In the pages of Infinity #6, Glaive teams up with Proxima Midnight to confront an attacking Hulk. Corvus Glaive reveals his weapon can cut atoms. And with the power of Proxima Midnight and Corvus Glaive they would easily render he Hulk useless as he transformed back into Bruce Banner. Not only can his blade cut through atoms, but it cuts through absolutely anything. It’s not only extremely powerful, it’s also his lifeline. As long as his glaive remains in tact, his body is able to regenerate as Maximus the Mad quickly finds out. 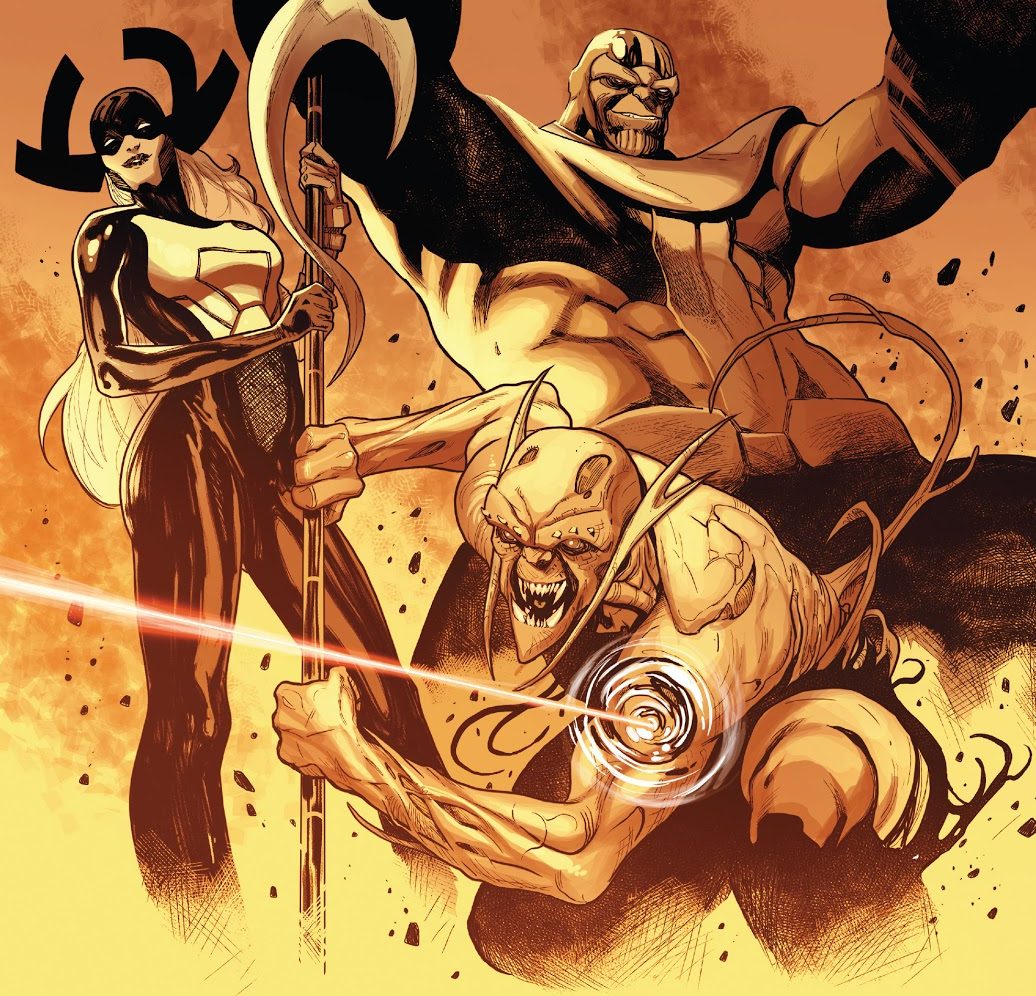 4.Corvus Glaive is the Husband of Proxima Midnight

The pages of the Infinity event would also reveal that Corvus Glaive and Proxima Midnight are married. Glaive would refer to Proxima Midnight as his wife and allow her to be the first to enter the Golden City of Wakanda and bring it to its knees as Thanos and his Black Order continue to search for the Infinity Gem.

In one of the more recent Thanos storylines, Corvus Glaive has taken control of the Black Quadrant in Thanos absence. He’s rebuilt much of Thanos’ old empire and created a loyal following. However, once Thanos comes back he easily breaks through Glaive’s defenses and confronts his former servant face to face. Thanos easily quashes Corvus Glaive and disarms him. Thanos then crushes Glaive’s glaive in his hand breaking his ability to return from the dead. Thanos then tells Corvus Glaive he is letting him off easy by allowing him to commit suicide.

There you have it. Five fast facts about one of Thanos’ most deadly servants, Corvus Glaive. He will definitely be giving the Avengers and the rest of the Marvel Cinematic Universe’s heroes probably more than they can handle. It’s possible given that both he and Proxima Midnight defeated Hulk in the comics, Mark Ruffalo’s Bruce Banner might be saying goodbye in Avengers: Infinity War.

Want to learn more about Thanos’ Black Order? Check out our 5 Fast Facts about Proxima Midnight.

Share with your friends and family so they can get to know Corvus Glaive before they see Avengers: Infinity War.