Simone describes Plastic Man also known as Eel O’Brian, “He’s the jester, the joke, the stretchy weirdo. He’s not credible. He’s not reliable. He’s…well, he’s Plastic Man.” She continued, “He’s like a stretchy Swamp Thing or the bouncy Batman; writing him is a goofy, snarky honor and I’m thrilled to be part of his rubber ribaldry.” She didn’t stop there, “Plas is THE original humor hero jock, and I think that everyone from Lobo to the Mask to Deadpool to Harley Quinn follows a little bit in his footsteps. If you read his best stories, he’s always a little bit bawdy, a little bit messed up, and that really is my favorite kind of hero.”

As for one of Simone’s favorite Plastic Man stories she reveals it’s Grant Morrison and Howard Porter’s run, “One of my favorite takes on Plas was from the classic Grant Morrison/Howard Porter run. We are definitely taking inspiration from that, and just pushing it even further for rudeness’ sake. Plas is funny, happy and has enough star power to hold his own against the big guns. He’s not afraid of Batman, he’s not afraid of Darkseid, he’s only afraid of messing up, of going back to being the punk thug he used to be.”

Melo had her own thoughts on Plastic Man and Gail’s approach to the character, “Gail’s script presents a slightly different approach to Eel O’Brian that I find fascinating. There’s still the comedic side of the character with the wacky, witty comebacks, but he can also be tough, sarcastic and cold. It translates into fun for the readers PLUS tons of fun for me to draw.”

She’s also excited to get to draw him, “I usually tend to do more realistically stylized work, but I also love scenes where I can take the opportunity to draw fun visual gags. I think that’s the challenge with this series: keep Eel O’Brian’s nature, maintain Plastic Man’s stretchy jokes, but also deliver that new twist that Gail gives to him.”

Simone was equally as excited to work with Melo, “I lucked out. Adriana’s one of my favorite artists and she’s fantastic with action and humor. Even though she’s famous for drawing the hunkiest guys and the most gorgeous women, I had no idea she could draw the creeps and cruds of the DC Universe so well. It’s just a feast to look at – gorgeous and steamy and gritty in equal measure.  And my WONDER WOMAN/CONAN collaborator, Aaron Lopresti, is doing the cover for the first issue and just knocked it out of the park. I could not be happier.”

Here’s a look at that cover: 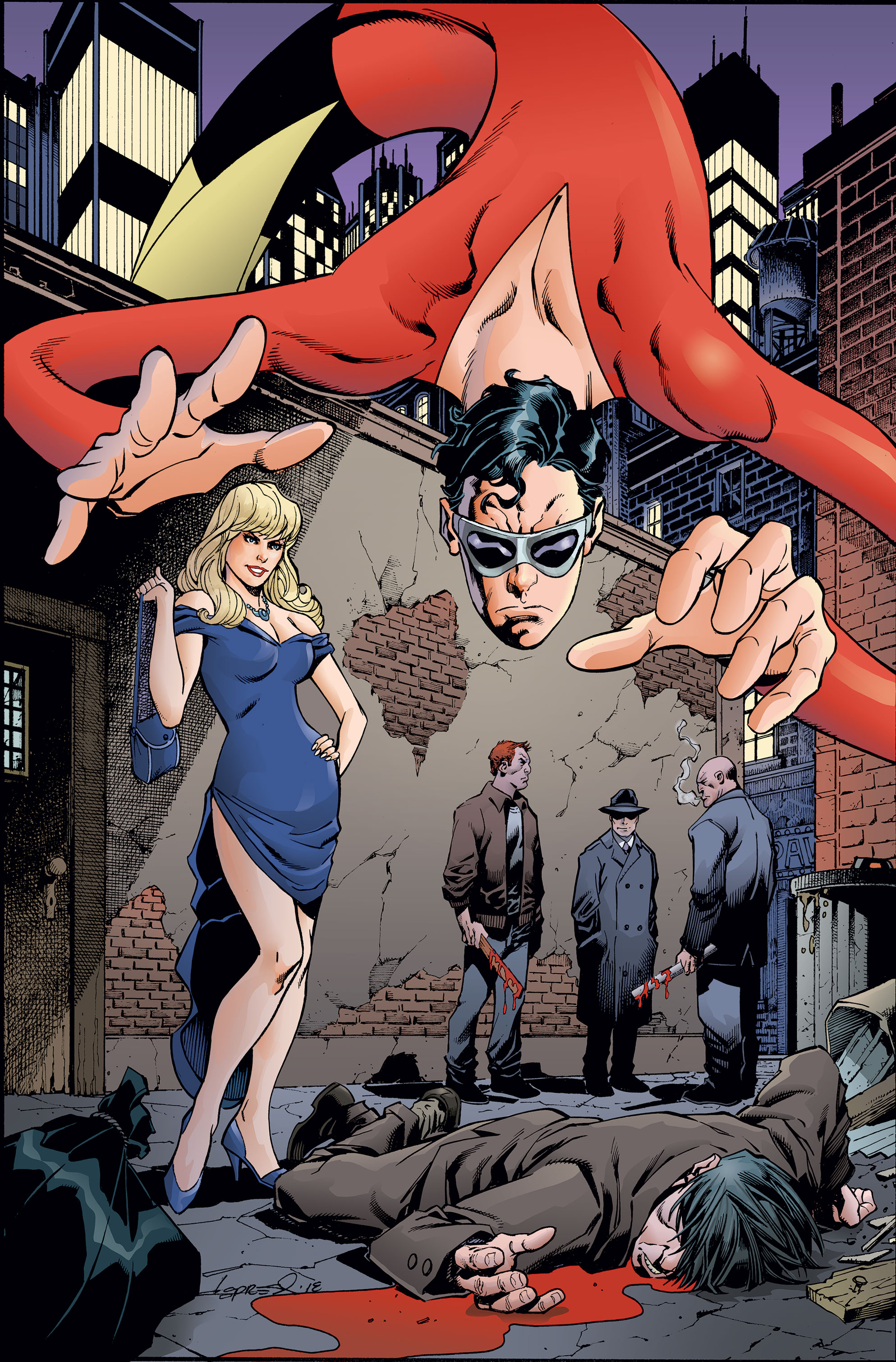 Amanda Connor will also be providing covers for the series.

DC Comics didn’t actually reveal any details on what the story will be about, but based on the initial preview pages (below), it appears Plastic Man will be investigating a brutal beating. 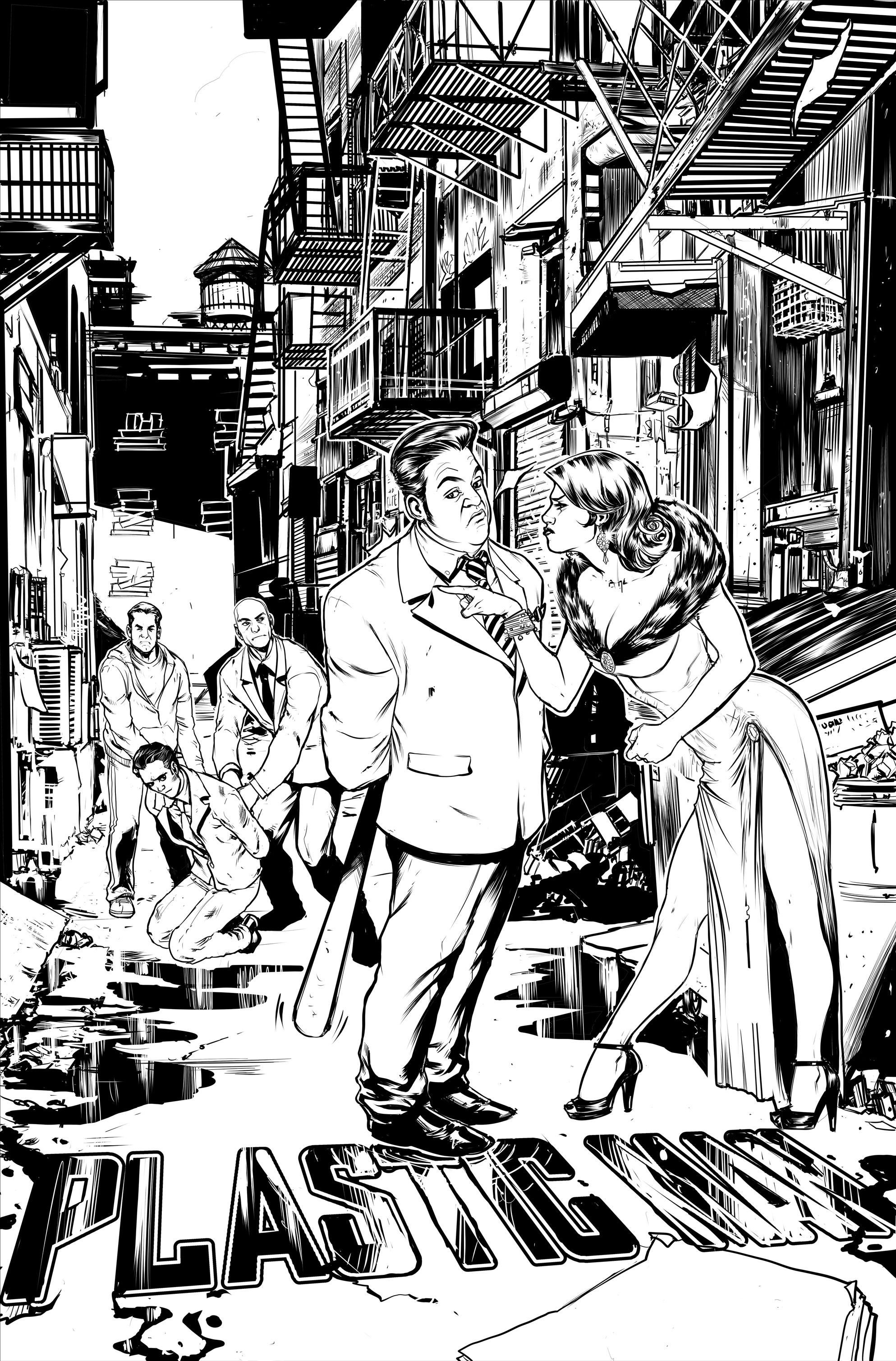 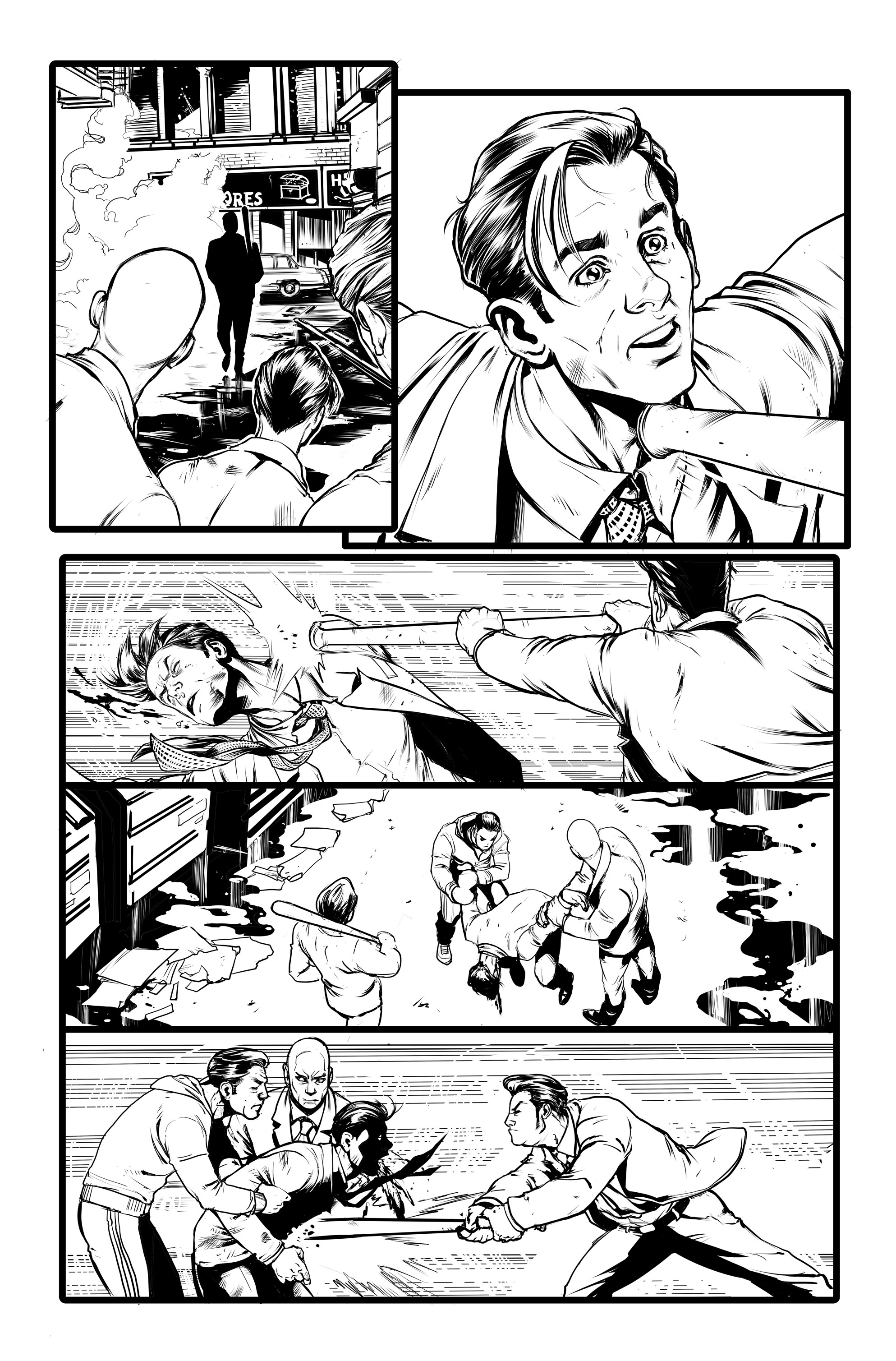 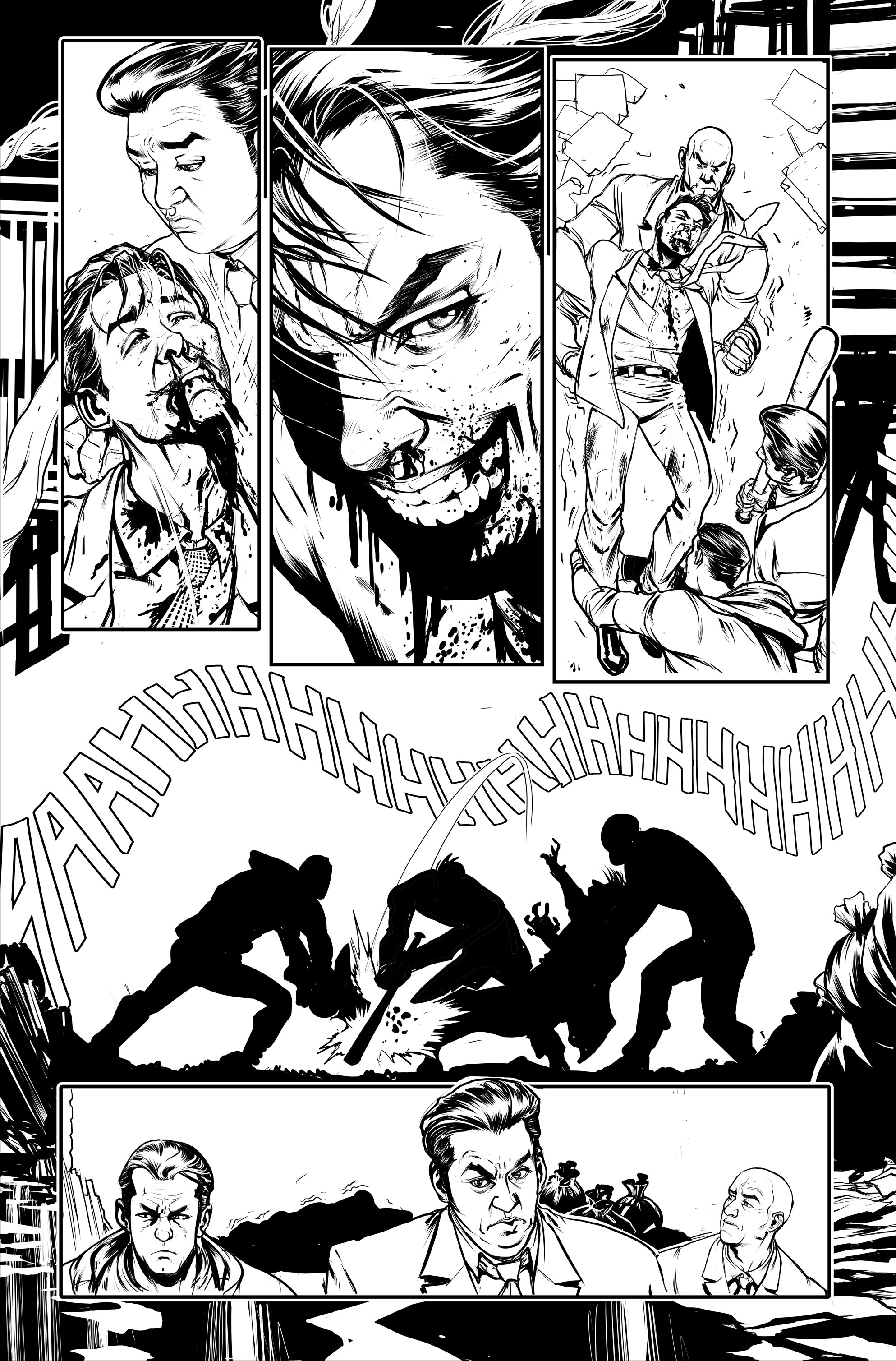 Adriana Melo’s interior artwork looks fantastic and based on these preview pages, I’m interested in the murder/mystery aspect of the story. It’ll be interesting to see how Simone incorporates Plastic Man’s personality into the grim nature of this murder.