Marvel Comics is giving us our first look at Exiles #1 by Saladin Ahmed and Javier Rodriguez. The story will see Blink, Khan, Iron Lad, Wolvie, and Valkyrie journey through alternate timeliness in order to save reality. But before they are full-fledged team it appears Blink will have to recruit each member to join her on the mission.

As you can see Khan is the leader of the Inhumans in the alternate timeline she is currently inhabiting. Khan and her people have captured Blink and are interrogating her. Khan tells Blink, “I’m Khan. These are my people you attacked. We don’t have much left here, but we protect it. Against humans, against Sentinels, and especially against mutants – – though we don’t see your kind much these days.”

Not only is Khan the leader of the Inhumans, she also doesn’t take too kindly to being referred to as Ms. Marvel, “I don’t know who you are, but if you call me that again, I’ll definitely kill you.” That’s rather interesting given she is still wearing the Ms. Marvel costume. 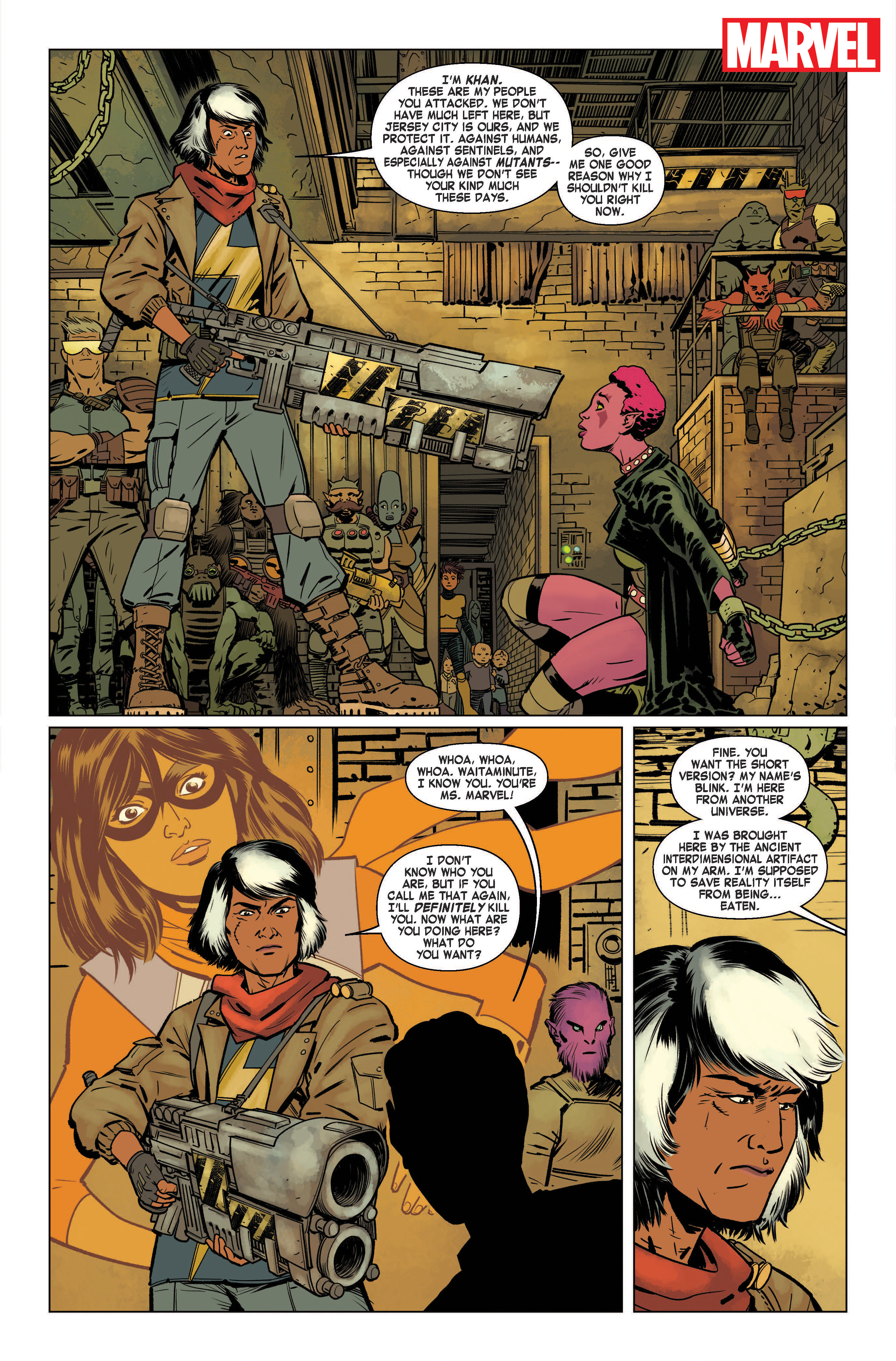 Writer Saladin Ahmed describes the book, “EXILES is my take on a classic Marvel ‘misfit’ team book, powered by the endless possibilities of alternate timeline craziness. Sort of WHAT IF? meets classic X-MEN, with a bit of QUANTUM LEAP tossed in for good measure.” He continues, “It’s a dream of a book to be working on for a Marvel fanboy such as myself, full of deep-cut guest stars and mind-blowing easter eggs. But it’s also the human story of a group of misfits coming together, learning to trust each other, and, if they’re lucky, saving the world(s).”

We previously learned that Blink is recruited by Nick Fury, who simply goes by the Unseen, to save reality.

Here’s the rest of the preview images Marvel released that lead into the image above: 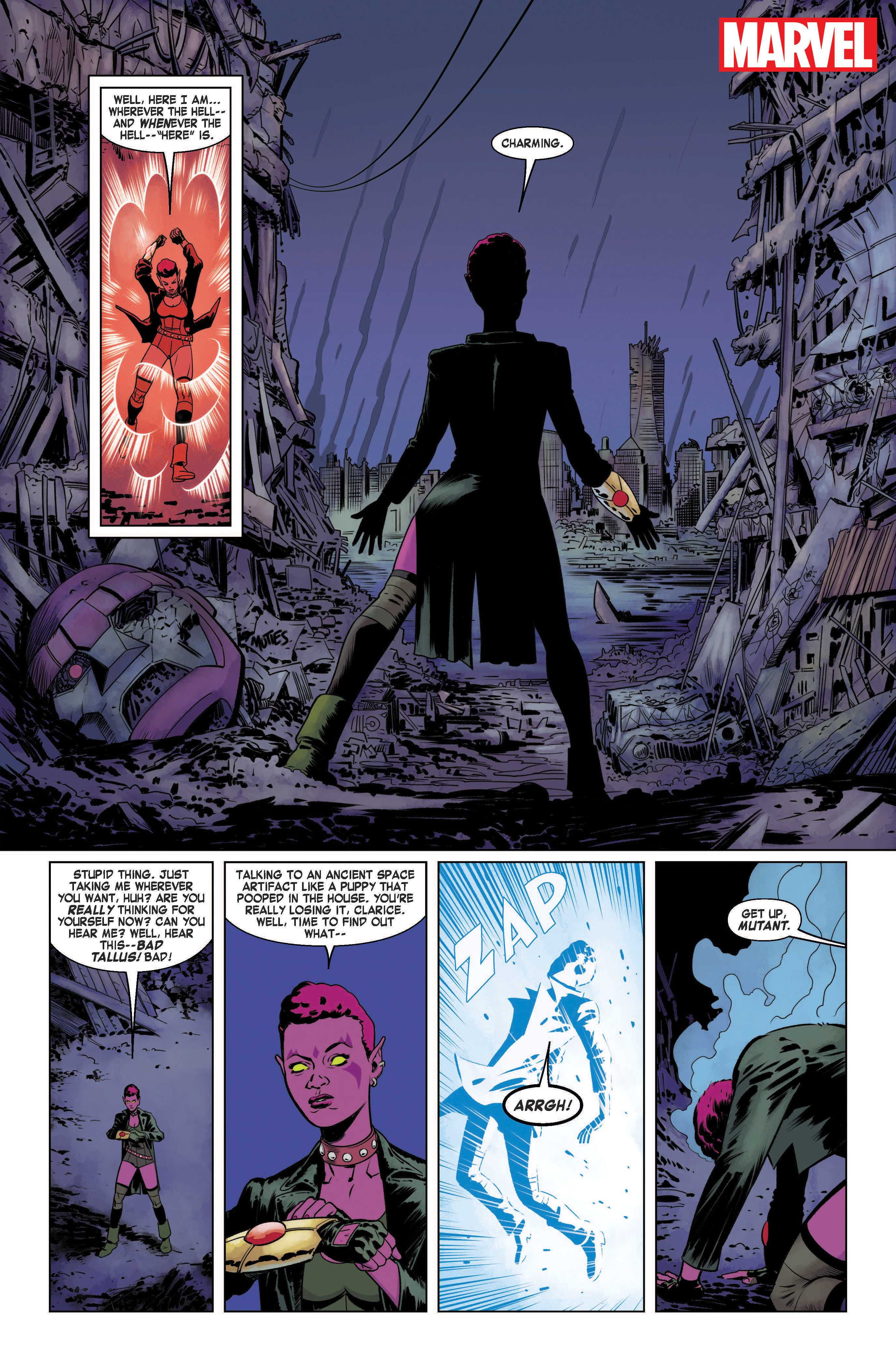 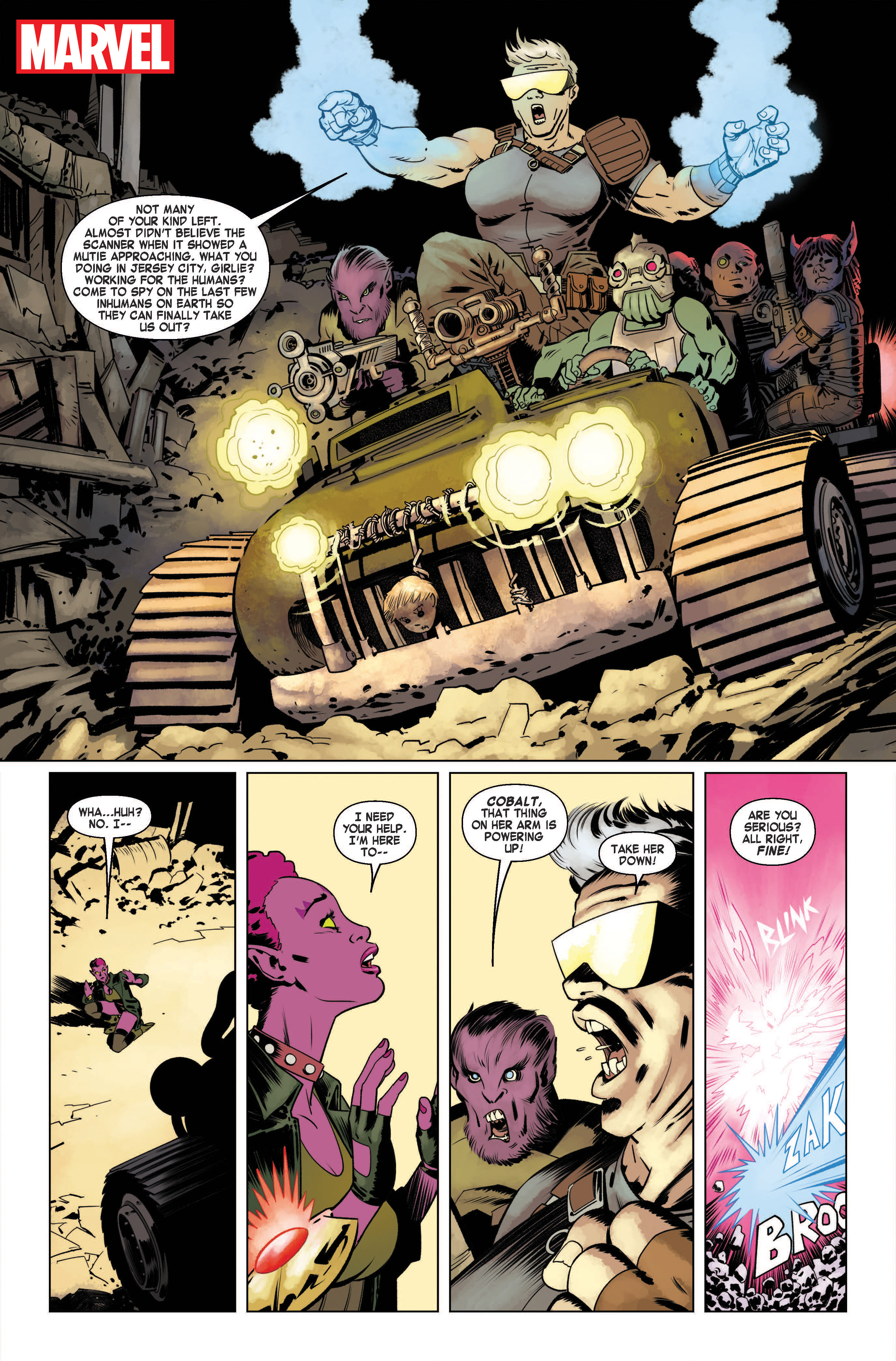 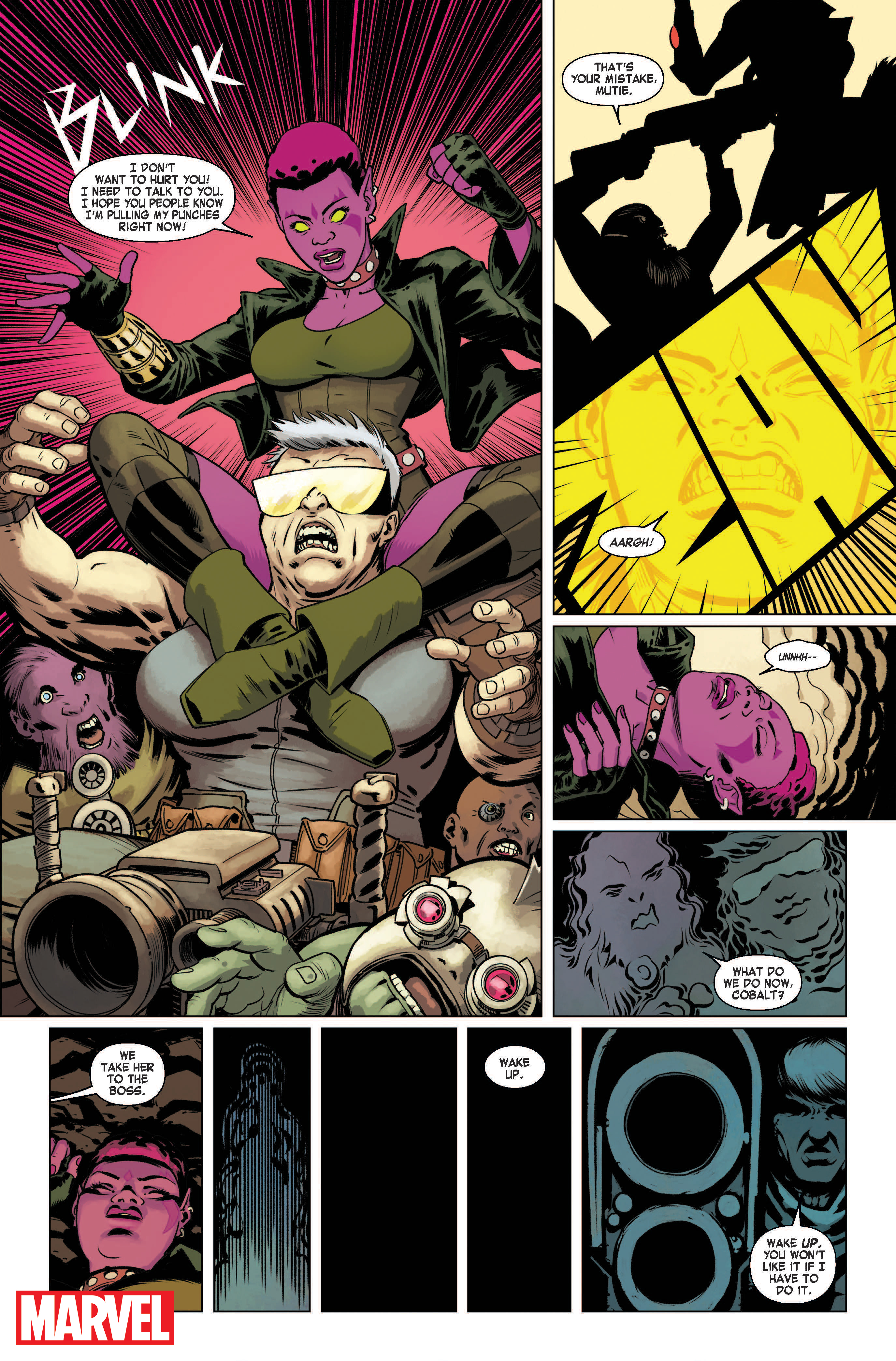 Exiles #1 will feature covers by David Marquez, Javier Rodriguez, Mike McKone, and Jesus Saiz. It goes on sale on April 11, 2018.