**Warning Spoilers for Justice League #41 Below**

The ensuing conflict leaves the Justice League divided and questioning what exactly is their mission and what is the meaning of justice. The argument comes to a head as both Superman and Wonder Woman have differing ideas on how the League should act. 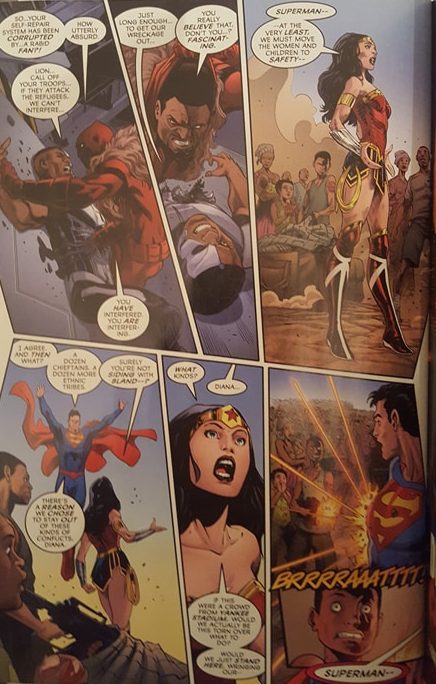 Wonder Woman insists on the Justice League imposing a cease fire by force especially after the league disarmed an entire tribe, who are now defenseless. Because the Red Lion and his troops are intent on taking the Watchtower by any means necessary.

In a plot straight out of X-Men: First Class, the bullets deflect off of Superman’s chest and strike Wonder Woman. She falls to the ground unconscious with blood dripping from her neck. 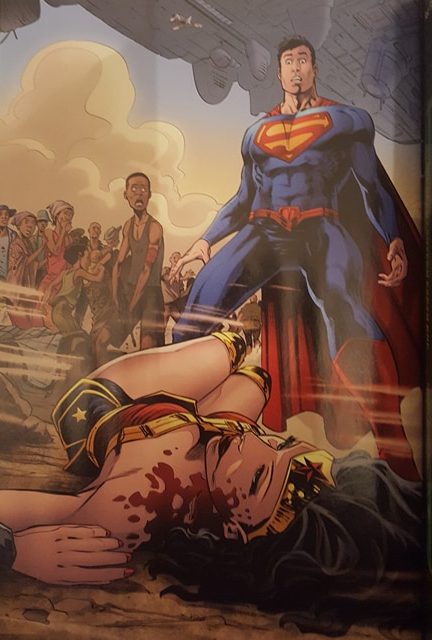 Will Wonder Woman survive? Or is she down for the count?