**Warning Spoilers for Damage #3 Below**

In Damage #3 by Robert Venditti, Tony S. Daniel, Danny Miki, and Tomeu Morey, Ethan Avery is the living weapon known as Damage. He has the ability to transform into an unstoppable machine of destruction for a complete hour. However, Avery and Damage are just now realizing what the United States government has put them through. They are also realizing the two have a bond and they can communicate with each other. But that doesn’t mean they always listen to each other.

After Damage absolutely ravaged the entire Suicide Squad in less than three minutes, he comes face to face with Wonder Woman. The two engage in an absolutely epic brawl with both of them attempting to pound the crap out of each other. In one panel Damage will send Wonder Woman flying into the air and in the next Wonder Woman will do the same to Damage. It’s one of the most epic fights I’ve seen in recent comics. The fight also shows just how powerful Damage is. He is able to go toe to toe with Wonder Woman and not only survive, but also evade capture. 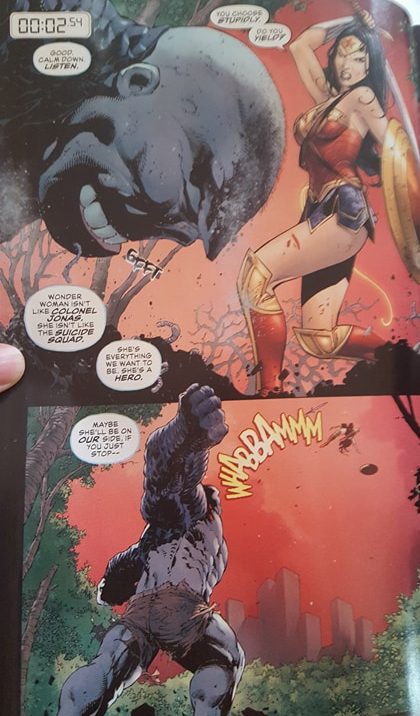 In fact, Damage is even able to break free of Wonder Woman’s Lasso of Truth. 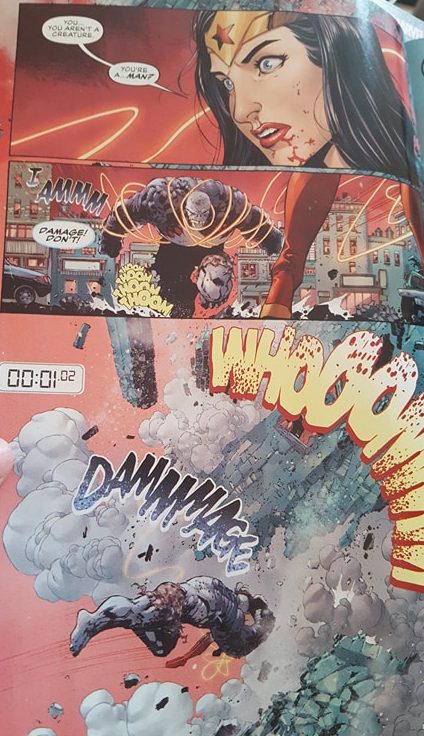 But maybe one of the best moments in the comics comes when Wonder Woman is giving her debrief to the Justice League including Batman, Cyborg, the Flash, and Superman.

She tells Batman, “I fought him for nearly an hour, Bruce. Never have I encountered strength like that.” 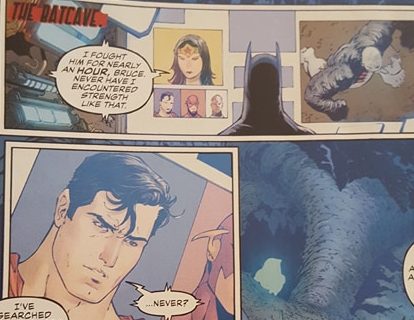 It doesn’t get any better than that. Simple and straight to the point. You just have to laugh when Superman asks that.