Avengers: Infinity War is expected to have an absolute crap ton of Marvel characters showing up to do battle against Thanos and his Black Order. There’s even been a hint that the Silver Surfer might show up. But now Avengers: Infinity War writers Christopher Markus and Stephen McFeely are hinting another major Marvel villain could show up. That villain is Mephisto.

In an interview with Collider, Christopher Markus revealed just how they made Thanos the Big Bad in Avengers: Infinity War and in doing so they teased Mephisto.

“Well part of it is motivation, where if you have a villain who just wants to kill somebody or just wants to take over the world because it seems like a fun thing to do, or has been paid by the Russians to take over the world…run for President to take over the world … That guy isn’t very interesting. He’s pathetic but, we take this from [Jim] Starlin. Thanos is an amoral philosopher. He’s not the Devil – although he does sometimes have the Devil standing next to him. We wanted that all the way through. To have a villain with understandable motivations and emotions. Thanos has family. Thanos has 2 daughters that we know of. Thanos has 8 million back stories in the comics but they’re all kind of sad.”

Markus says, “He’s not the Devil – although he does sometimes have the Devil standing next to him.” 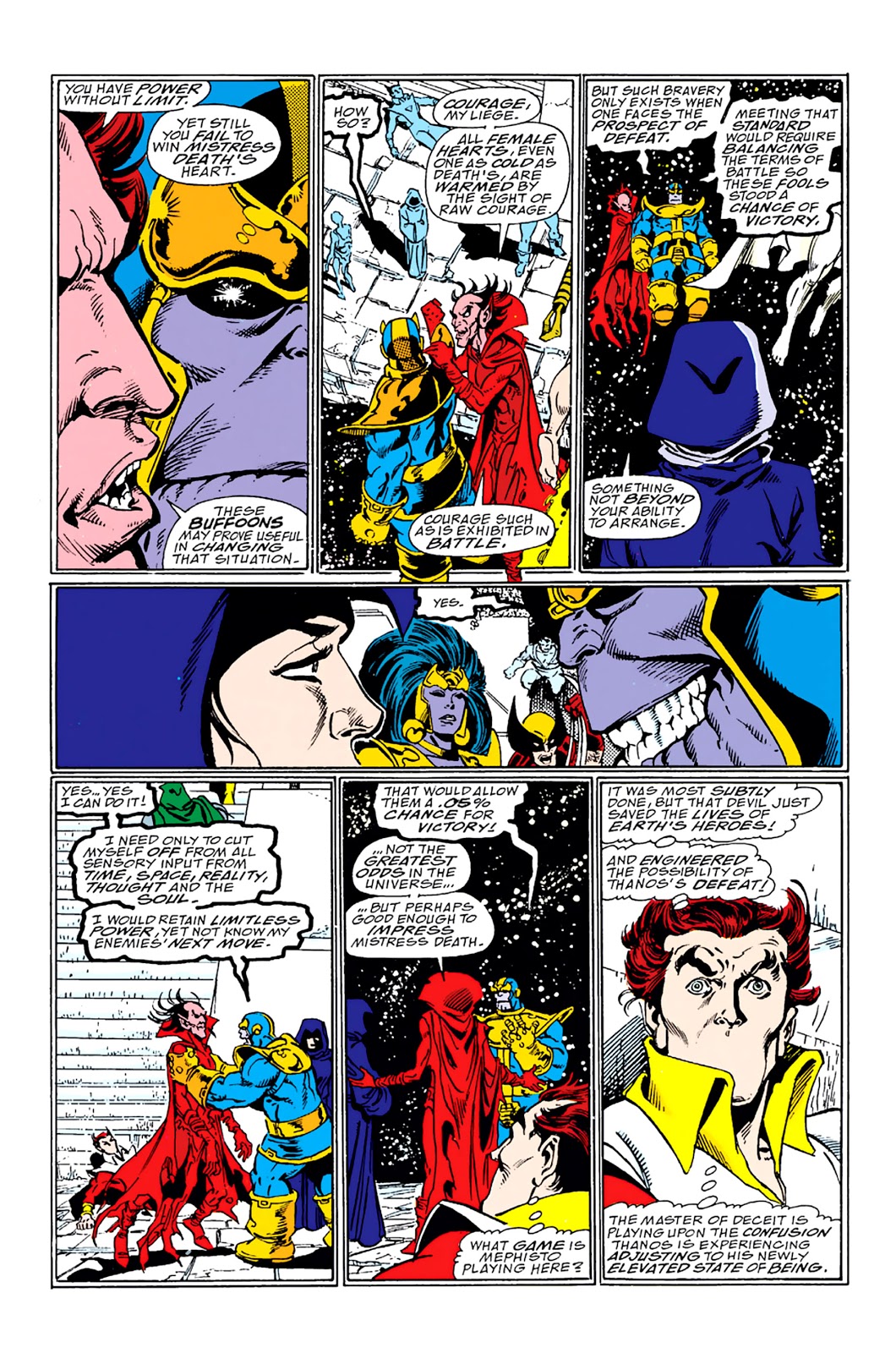 And if you are unfamiliar with Mephisto from the Marvel Comics he is basically their version of the Devil. He rules over a Hell-like dimension and makes contracts with mortals in order to steal their souls. He particularly enjoys collecting the souls of powerful and extremely good people.

With Mephisto in play, it’s quite possible the Mad Titan Thanos might actually have a weakness despite directors Joe and Anthony Russo telling us he doesn’t have any.

Do you think we will see Mephisto show up in Avengers: Infinity War?