Lee Pace played Ronan the Accuser in Guardians of the Galaxy and Djimon Hounsou played Korath. Clark Gregg helped launch the Marvel Cinematic Universe by taking on the role of Agent Phil Coulson in Iron Man.

Kevin Feige had previously revealed that Captain Marvel is the first hero Nick Fury comes across.

“We wanted to explore a period before Samuel L. Jackson’s Nick Fury had any idea about any of the other heroes and crazy stuff going on in the world. You know, we first met Nick when he told Tony, ‘You’re part of a big universe. You just don’t know yet.’ Well, we want to go back to a time when he didn’t know it yet, and really showcase and announce that Carol Danvers was that first hero that Nick came across. That meant she could be the singular hero, but place it within timing of the MCU. It also got us talking about different genres, exploring this notion of sort of the ‘90s action film. We hadn’t necessarily done anything like that before either, so there are definitely homages to our favorite ‘90s action films within Captain Marvel.”

It would make sense for Clark Gregg to reprise his role as Agent Phil Coulson as Nick Fury will most likely recruit him to begin building S.H.I.E.L.D. during the film. It’s quite possible Coulson might be working for a different government agency when he and Nick Fury meet each other. One possibly theory could see Coulson working for the government agency that is overseeing the Psyche-Magnitron and results in Carol Danvers acquiring her powers.

As for Lee Pace and Djimon Hounsou reprising their roles as Ronan the Accuser and Korath, it’s quite possible they are still involved with the Kree Empire and have not taken the Dark Aster and gone rogue seeking to destroy Xandar.

In the comics Ronan plays an important role in the Kree-Skrull War. In fact, he launches a plan of revenge against his longtime foe Mar-Vell. He sends the Kree Sentry to capture and destroy Mar-Vell. 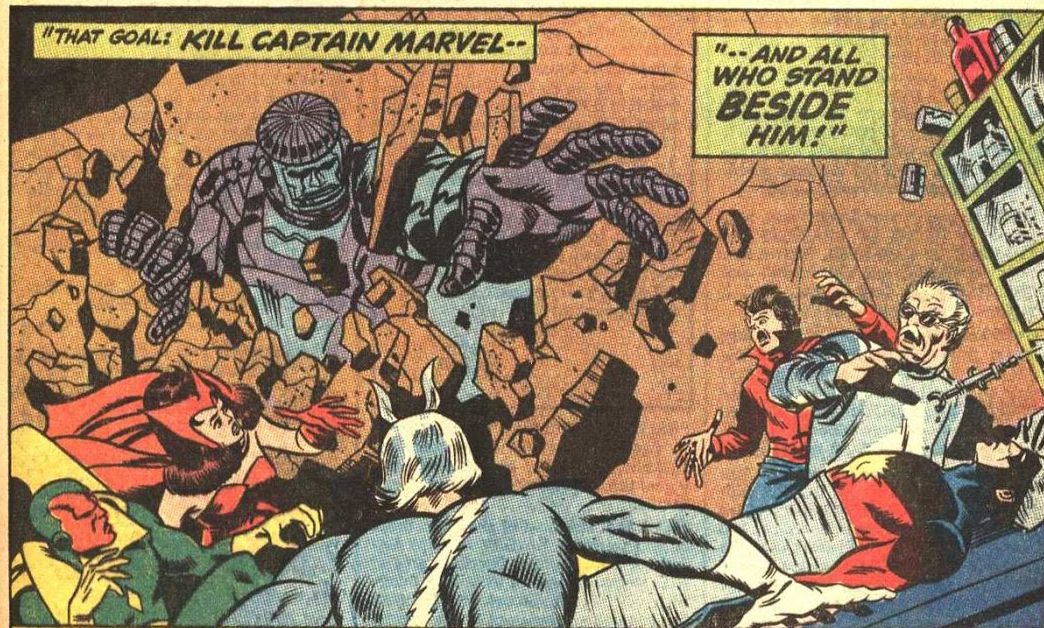 Not only does his plan involve Captain Marvel, but he plans to ensure Kree supremacy on Earth and its sector of the cosmos by hurling every living thing on Earth back along the evolutionary path. He plans to devolve Earth and set it back “another thousand thousand years.” 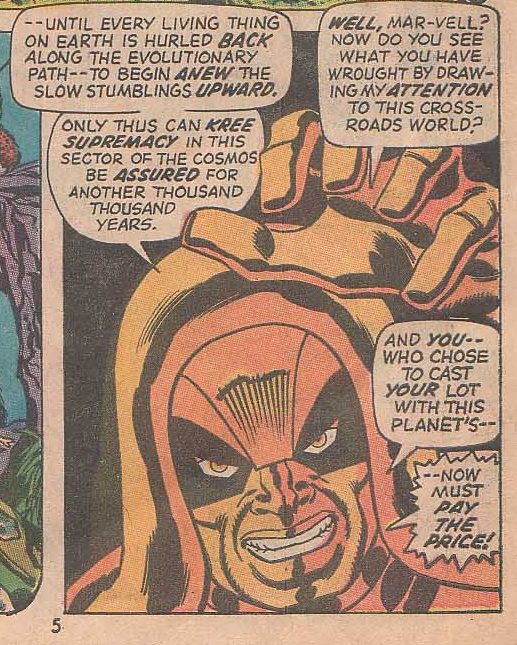 However, Ronan would be called back to the Kree homeworld when their ancient enemies, the Skrulls, launched an invasion of their entire galactic space. 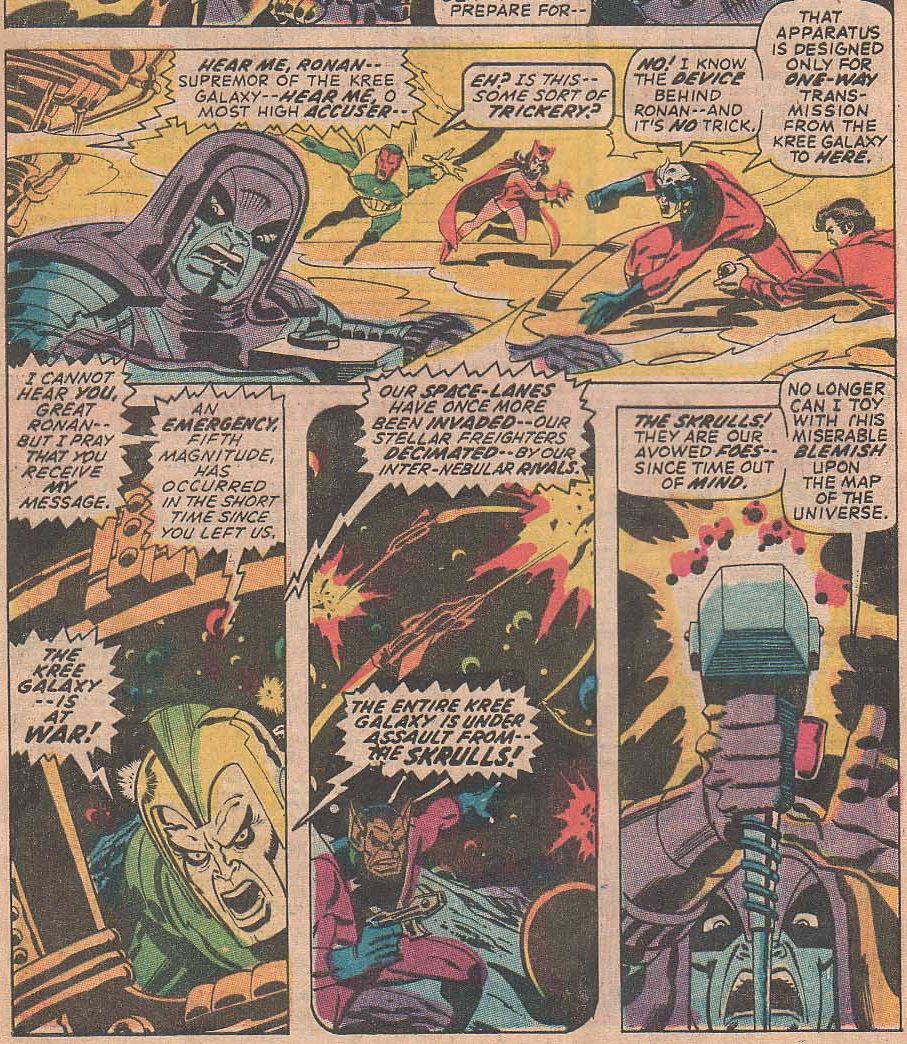 Whether or not Marvel Studios decides to adapt this storyline is still unclear. Regardless, Ronan and Korath will be playing a role in Captain Marvel as the Kree-Skrull war catches Earth in its grip.