Arthur’s not the only King in town!

Jason Momoa is going to have some competition for the Throne of Atlantis. Ocean Master will be after the throne; Black Manta will be after Arthur’s throat. But let’s not forget about another character in the upcoming Aquaman film: King Nereus. Nereus is a relatively new character, created just a couple of years ago. But director James Wan has cast a cult-favorite actor in the role. None other than Dolph Lundgren will be playing Nereus on the big screen. But just who is this mysterious monarch?

Nereus is still a mystery. In fact, the character will be heavily altered to fit into the feature film. But comics are always flexible. Changing a detail or two about a character does not remove their identity. Chances are this will be the same conniving and mischievous Nereus that has been haunting Arthur for a few years. So just what makes King Nereus so formidable? Let’s find out.

Here’s five fast facts about Nereus, the other King of the Seven Seas!

1. King Nereus was created by Geoff Johns and Paul Pelletier in 2013 in Aquaman #19. 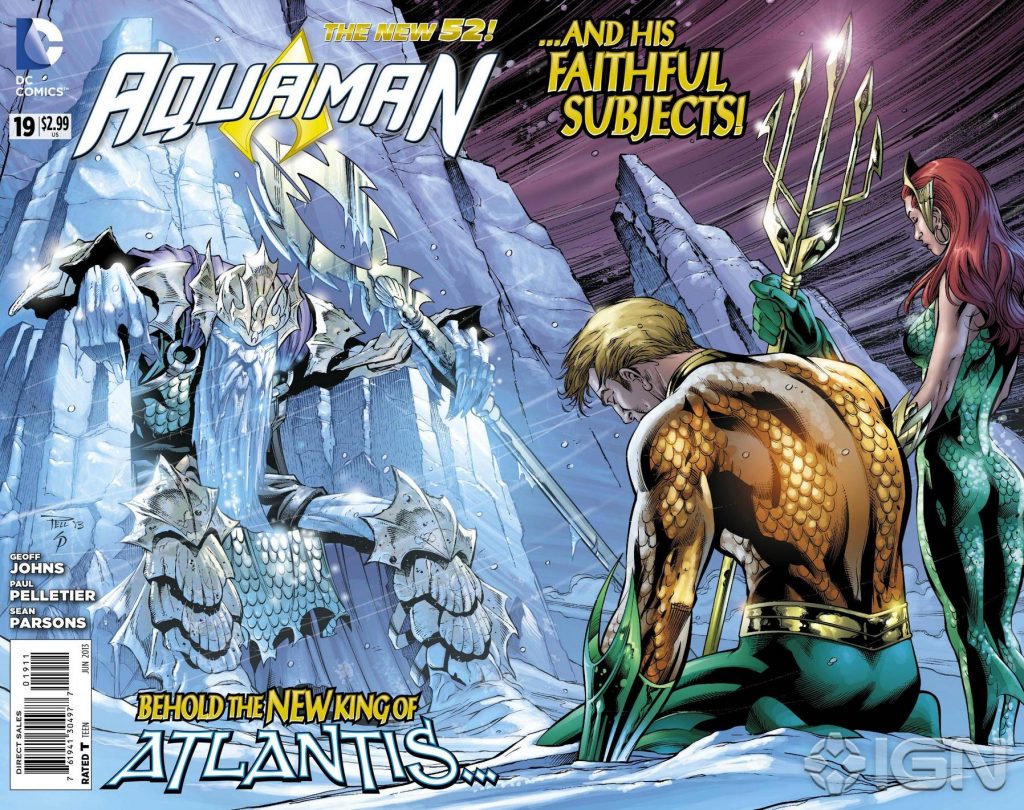 A LOT of comic book characters like thrones. There’s something about being a King that just attracts the worse kind of characters. For much of The New 52, Arthur’s throne was in contention. Either he didn’t want it, or someone didn’t want him to have it. One such king was none other than Nereus. He isn’t the evil-looking King above, that’s the Dead King Atlan. But he does help raise him from the dead. But Nereus isn’t too concerned with Arthur, at first. There’s someone else who immediately demands his attention as soon as he sees her. Arthur’s bride-to-be: Mera.

2. Mera was originally betrothed to Nereus. 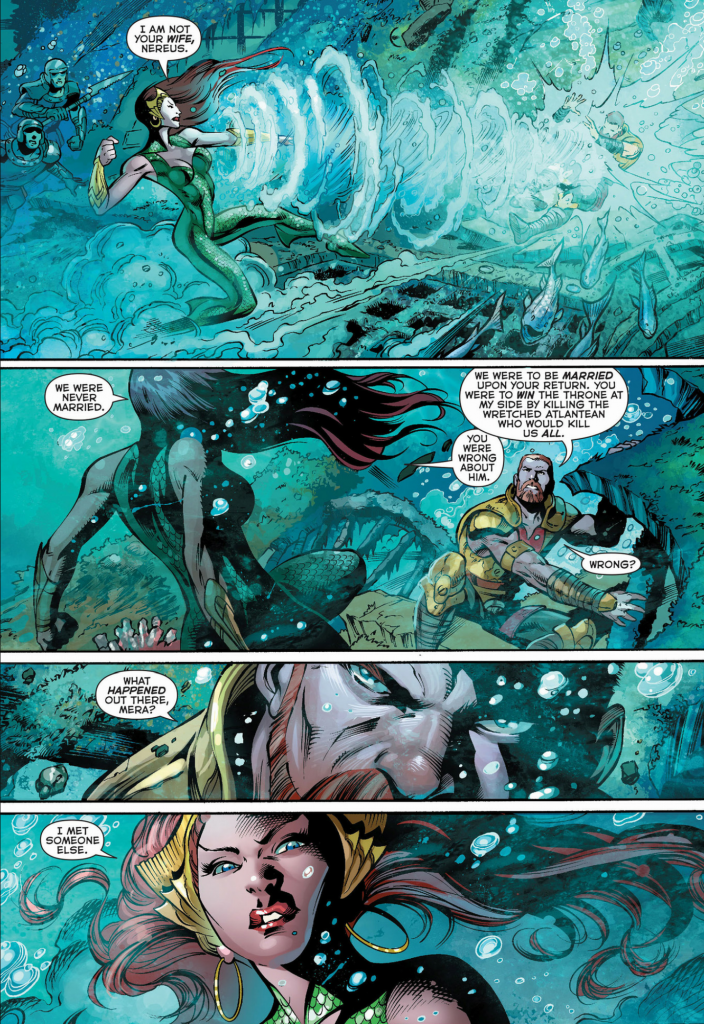 In case you didn’t know, Mera was originally Arthur’s enemy. She was actually sent to murder him. Because the people of her world, Xebel (formerly known as Dimension Aqua), was slaughtered by Atlanteans years and years ago. And in comics, grudges last a long time. So when Nereus finds out that Mera isn’t just alive, but that she’s in love with the person she was sent to kill, he’s understandably a little frustrated. Matched marriages don’t have a tendency to go well in the comic world. When someone is destined to be with another, love usually has something to say about it. Lucky for Aquaman, Mera found herself a better beau than Nereus. But they still share a very deep connection.

3. Like Mera, Nereus has the power of Aquakinesis. The power of the Royal Family of Xebel. 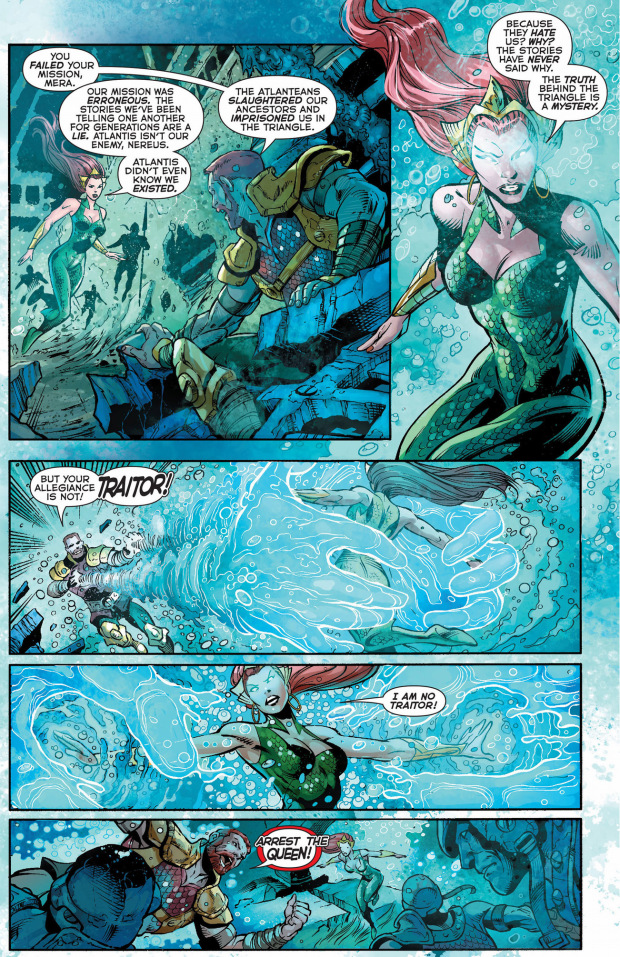 Aquakinesis is not just some power. It’s an incredibly unique form of telekinesis that isn’t just exclusive to the people of Dimension Aqua/Xebel, it’s exclusive to their Royal Family. The only reason Mera and Nereus are capable of such a power is because they are both members of the Xebel Royal family. Makes sense, considering they were supposed to be that Kingdom’s King and Queen. Mera’s powers make her one of the most uniquely dangerous beings on Earth, capable of taking the moisture right out of someone’s body. If Nereus has the same power in the upcoming film, without Mera’s penchant for kindness, expect Arthur to be in big trouble.

4. The Aquaman film is going to severely alter Nereus’ backstory, by making him Mera’s Father. 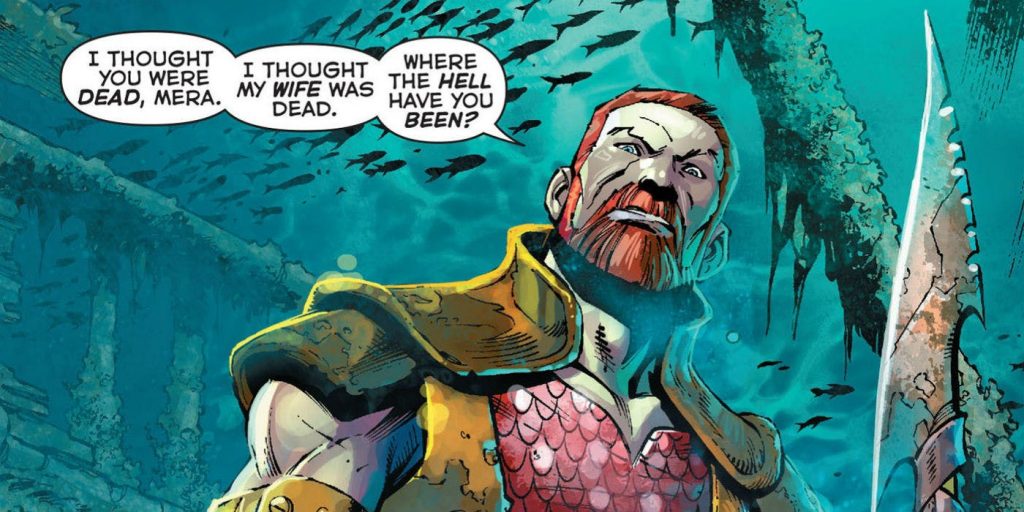 Dolph Lundgren and Jason Momoa aren’t in the same age-range. So it doesn’t make sense for Nereus to be a rival for Mera’s love. Instead, it appears that the movie is heavily changing Nereus’ story to make things a little more..familial. King Nereus will be the Father of Mera. Whether or not she was still sent to Atlantis with the same mission of killing Arthur is unclear. But it would make for some easy drama if Mera were to find herself in the presence of her Father, in the company of the man she’s supposed to have killed. But according to James Wan, King Nereus won’t entirely be a villain.

Not quite villain, but thank you 🙂 https://t.co/LtqpcSanFL

5. Nereus is named after a Greek god of the Sea, responsible for bounties of fish. 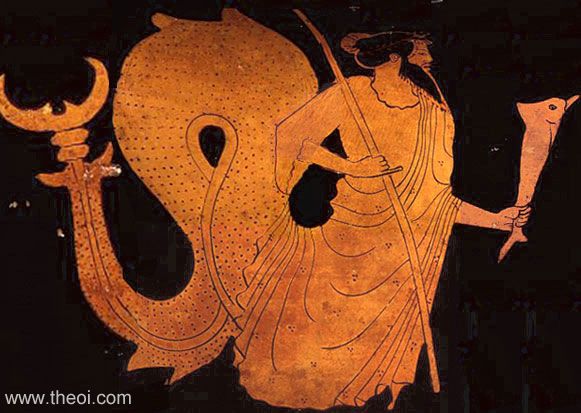 The Greek Myth Nereus is named after isn’t quite as sinister as he is. A Greek God of the same name is referred to as the “old man of the sea” and the God of bounties of fish. Like most Sea Gods, Nereus is a shapeshifter capable of great power and a booming voice. Chances are Geoff Johns intended there to be more symbolism to the character, but he hasn’t gotten much of a chance to flesh him out. The last issue of Aquaman Johns wrote was #25, only 6 issues after the creation of King Nereus. It doesn’t sound like the Greek God was much of a villain. If Wan and Johns have discussed the characters at length, than the Aquaman film might reveal more of the reasons why this new character is named after such an old myth.