In the pages of Johnny Blaze Ghost Rider #1 by Christopher Sebela and Phil Noto, which is tie-in to the Doctor Strange Damnation series, Mephisto has left his throne in Hell to spread his evil on Earth and claim the souls of almost everyone in Las Vegas including the Avengers! He’s even made them his new Ghost Riders!

In Doctor Strange Damnation #3, Wong has put together a team to confront Mephisto and his army of Ghost Rider Avengers. Unfortunately, they appear to be outmatched. However, Wong has a trick up his sleeve and he sends Johnny Blaze on a mission to confront Mephisto directly. The plan appears to go awry as Mephisto removes the curse of the Ghost Rider and sends Johnny Blaze plummeting down to Earth from the top of his tower in Las Vegas.

The impact kills Johnny Blaze and sends him straight to Hell. Once there he must convince the Spirit of Vengeance to reunite with him and traverse the circles of Hell to reach Mephisto’s now vacant throne. The two team up to defeat a number of challenges including a Demon train known as the Dread Typhaon, son of Earth and Hell. They also have to face Cerberi and finally a final room that manifests your greatest fear.

Johnny Blaze is up to the task and works with the Spirit of Vengeance to defeat all the obstacles in their way. He takes the throne of Mephisto and now rules over Hell and the things that are worse than death. 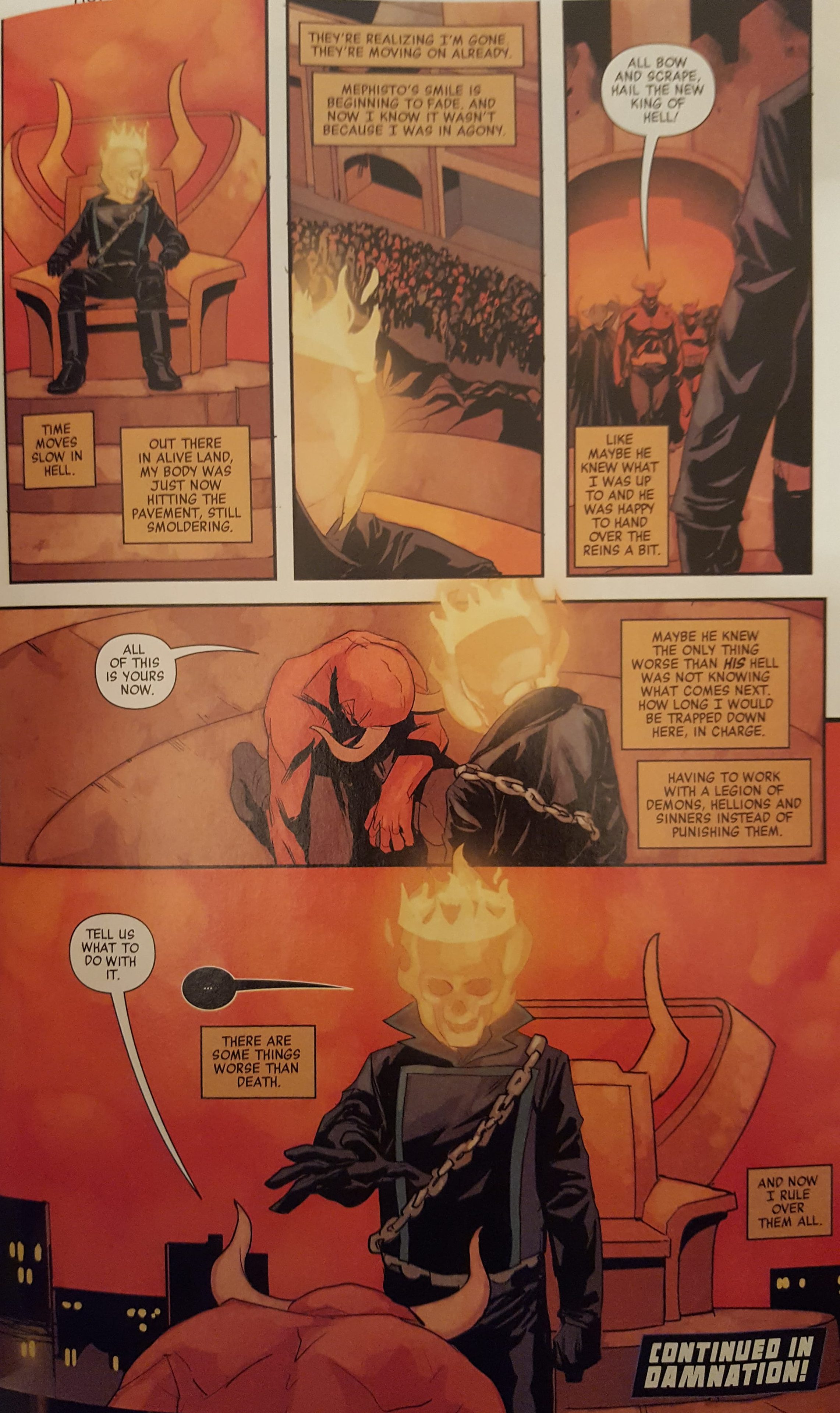 Johnny Blaze has become the ruler of Hell in the Marvel Universe!