Marvel Comics just sent us their latest series to join their Fresh Start Initiative. The new series is Death of the Inhumans. It will be written by Donny Cates with art by Ariel Olivetti.

Marvel was sparse on the details of what exactly the series will entail, only giving us a cover image by Kaare Andrews. 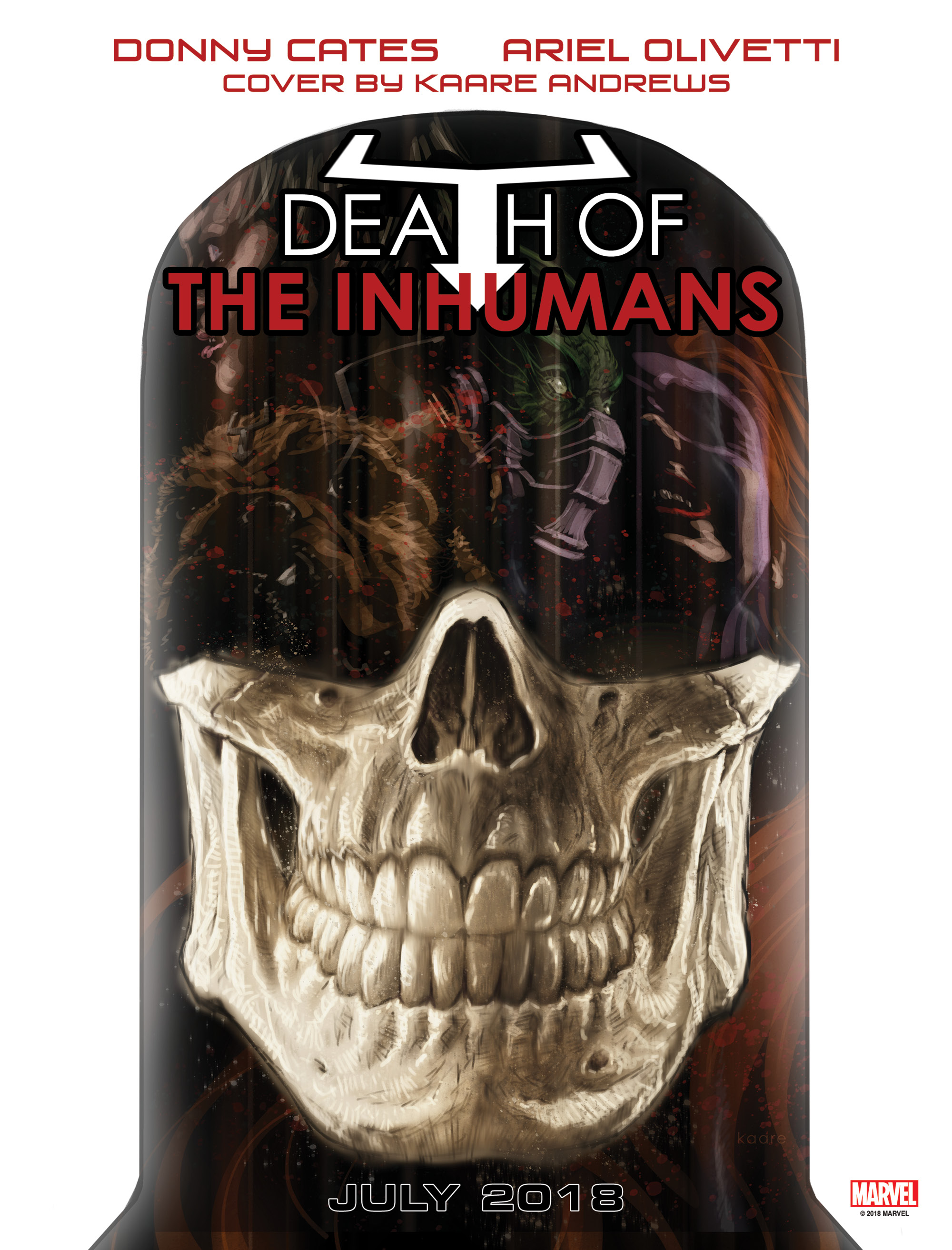 The cover features Black Bolt as a skeleton and in the reflection of his mask you can see Lockjaw, Medusa, Crystal, and what appears to be Triton.

The Inhumans have featured prominently in the Marvel Universe over the past few years with many fans upset that Marvel editorial was trying to use them to supplant the X-Men. In fact, Marvel launched Inhumans vs. X-Men in 2016. The story would see the Terrigen Mist spread across the Earth granting numerous people powers and teaching them of their Inhuman heritage. However, the Terrigen Mist would have extremely bad side effects for mutants resulting in a number of them becoming sick and even dying from exposure.

The deadly Terrigen Mist and the resulting effects has both factions preparing for war. Emma Frost begins training to fight Black Bolt and has meetings with Magneto, the All-New X-Men, and Storm. On the other side the Inhuman Royal Family are preparing to defend themselves in case the X-Men decide to launch a pre-preemptive attack.

Beast who has been working with the Inhumans in an attempt to find a cure calls a meeting with the different mutant factions in order to find a solution. The solution is to wage war against the Inhumans and destroy the Terrigen Cloud. The X-Men launch their attack and send the Inhumans reeling. However, the Inhumans would destroy the X-Men’s device needed to manipulate the Terrigen Cloud so it could be destroyed. After a number of more battles, Medusa would discover why the mutants and X-Men launched their attack. She voluntarily destroys the Terrigen Cloud. However, Emma Frost continues to attack and even begins deploying Sentinels programmed to destroy Inhumans. It’s revealed she was mind controlling Magneto, and a number of the X-Men in order to stoke the war.

The new series is expected to come out sometime in July of this year.