Marvel Comics continues to promote the upcoming release of Avengers #1 by Jason Aaron and Ed McGuinness with their Avengers Fight As One covers. The covers are slowly being released one by one and have so far featured two of the Avengers for each cover. We got to see Thor team up with Black Panther yesterday, and now we are seeing Iron Man and Captain Marvel team up. 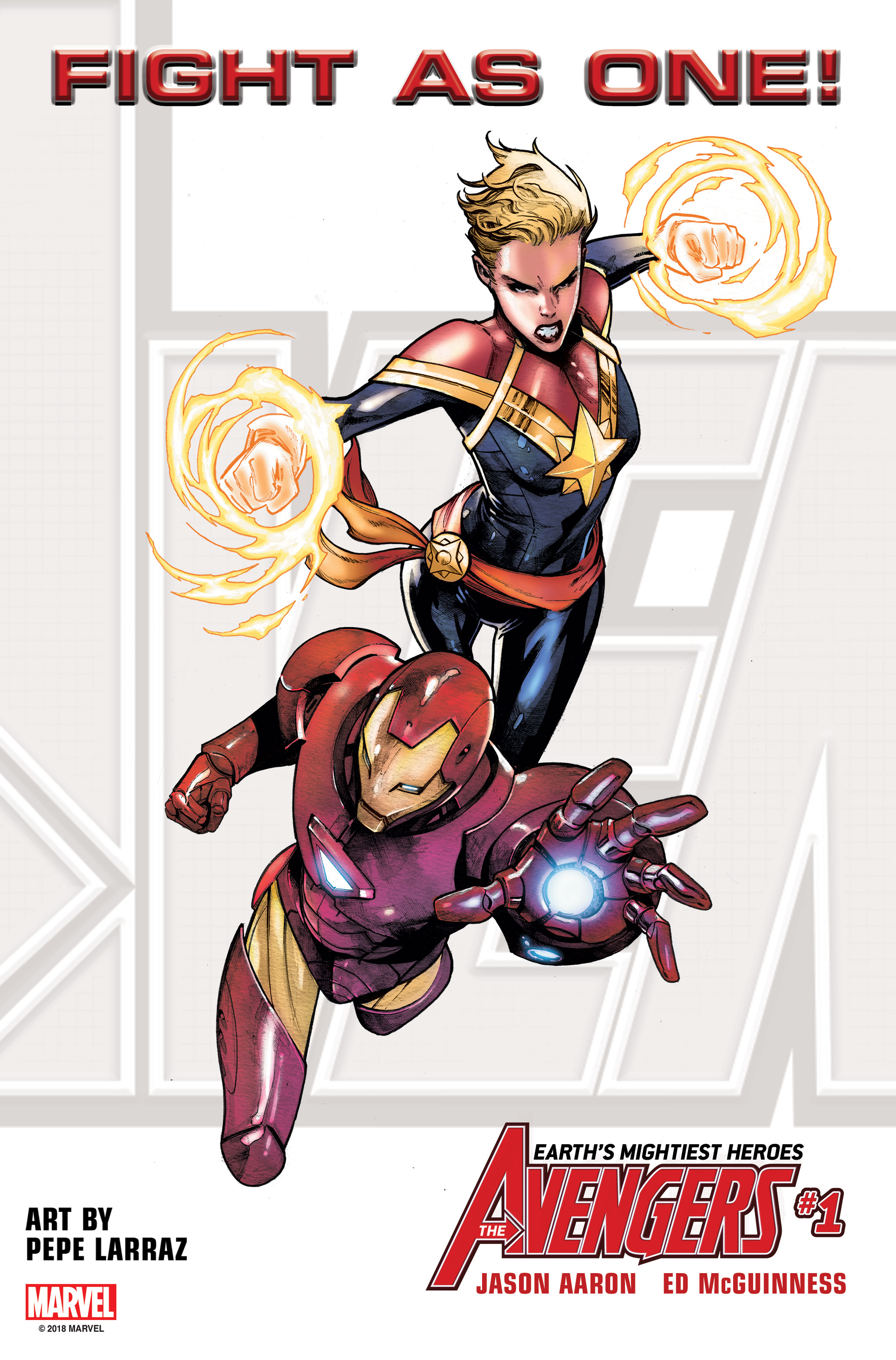 The new Avengers line-up includes Thor, Captain America, and Iron Man, who Marvel is describing as the Big Three. They will be joined by Black Panther, Captain Marvel, Ghost Rider (Robbie Reyes), She-Hulk (Jennifer Walters), who is going by Hulk now, and Doctor Strange. It will be very interesting to see how Iron Man and Captain Marvel interact with each other given Captain Marvel put Tony Stark into a coma the last they ran across each other. Aaron promises the two are “not exactly all warm and fuzzy with each other.”

The Avengers is expected to ship 18 times a year and be the only Avengers title moving forward. With Aaron on the title, he expects to tie in the series with his Marvel Legacy #1 which recently reinvigorated Marvel’s line by promising the return of their classic characters. It appears that will still be the case as Aaron’s Avengers will jump back and forth in time between the prehistoric Avengers from 1,000,000 B.C. and the current day Avengers. And while it seems the two teams might not have much in common, there is a major threat uniting them, the Dark Celestials. The Dark Celestials are 2,000 foot tall space gods.

Aaron talked about his hopes for the series, “My aim with this series is basically, if you only read one Marvel comic — not that you should read just one Marvel comic, but if you did — if you picked this book up, this would show you the landscape of the Marvel universe issue after issue. We want to feature the biggest characters and go to the coolest, most exotic locations around the Marvel U.”

The separate covers created by Pepe Larraz will combine to form one large piece of art. It will be available as a special character lithos in May when Avengers #1 hits shelves.