The future of the Marvel Cinematic Universe is a little bit of a mystery as Marvel Studios has kept their plans pretty close to their chest with Avengers: Infinity War and Avengers 4 on the horizon. We know we are getting Ant-Man and the Wasp and a Captain Marvel set in the ’90s. However, we don’t really know much about where they plan to go from there. Guardians of the Galaxy director James Gunn had previously hinted they will expand their cosmic universe. 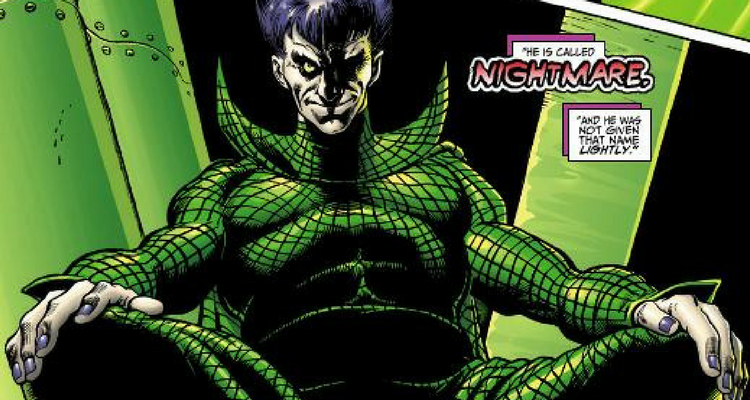 While, he appears as a demon-like creature in his own realm he has been known to take on a physical form in the human realm. In fact, in one story arc he becomes Edvard Haberdash and opens up a nightclub called Club Fear. He would use Club Fear to feed off the club goers fears and increase his powers.

“Marvel movies work in threes. They also work outside of their threes. Some of the better Marvel films have more than one villain in them. Me and Scott have not laid the groundwork for it but what I can say is that I have a feeling that whatever Nightmare is involved with, Baron Mordo, being somebody who considers himself the defender of natural law will have something to do with it.”

He would go on to explain that Mordo’s character arc will follow that of the comics and they hope to bring his character on par with Tom Hiddleston’s Loki.

“For those of you who have ever read the comics, you know that Baron Mordo has a very particular arc, and that’s something we discussed with Chiwetel while working on the first movie. And part of the reason Chiwetel wanted to play Mordo was because he has a definitive ending as a character and it’s such a fascinating ending. And I do know that whether we’re attached or not, that Marvel plans on working towards that ending and fully realizing Mordo as more than just a cardboard cutout villain, but actually taking him to kind of Loki levels of awesomeness. That’s the goal with him.”

He concluded by saying:

“That’s the thing. If we do another film it’s going to be weirder than this one. That’s the only way we’ll do another one is if we get to get weird.”

At this point, this is all speculation as neither Cargill nor Doctor Strange director Scott Derrickson have been brought back into the Marvel Studios stable at this time. It’s possible Kevin Feige and Marvel Studios are waiting to see where the chips fall after Avengers 4 before going full steam ahead with the  next phase of the Marvel Cinematic Universe.

Are you excited to see Nightmare show up in Doctor Strange 2? Do you think Mordo can reach Loki levels of awesomeness? I have to say when he took down Benjamin Bratt’s Jonathan Pangborn it definitely made a huge impression on me!