At Awesome Con, Guardians of the Galaxy star Sean Gunn who plays both Kraglin, Yondu’s right hand man and does the motion capture work for Rocket Raccoon sat down and took fan questions for nearly an hour.

The questions ranged from his roles as Kraglin and Rocket Raccoon in both Guardians of the Galaxy movies to his role as Kirk Gleason on Gilmore Girls.

About three quarters through the Q&A one fan asked Gunn if he could give us any Avengers: Infinity War spoilers. Gunn definitely answered, “No.” He then joked, “Here’s a spoiler. It’s going to have a huge opening weekend.” 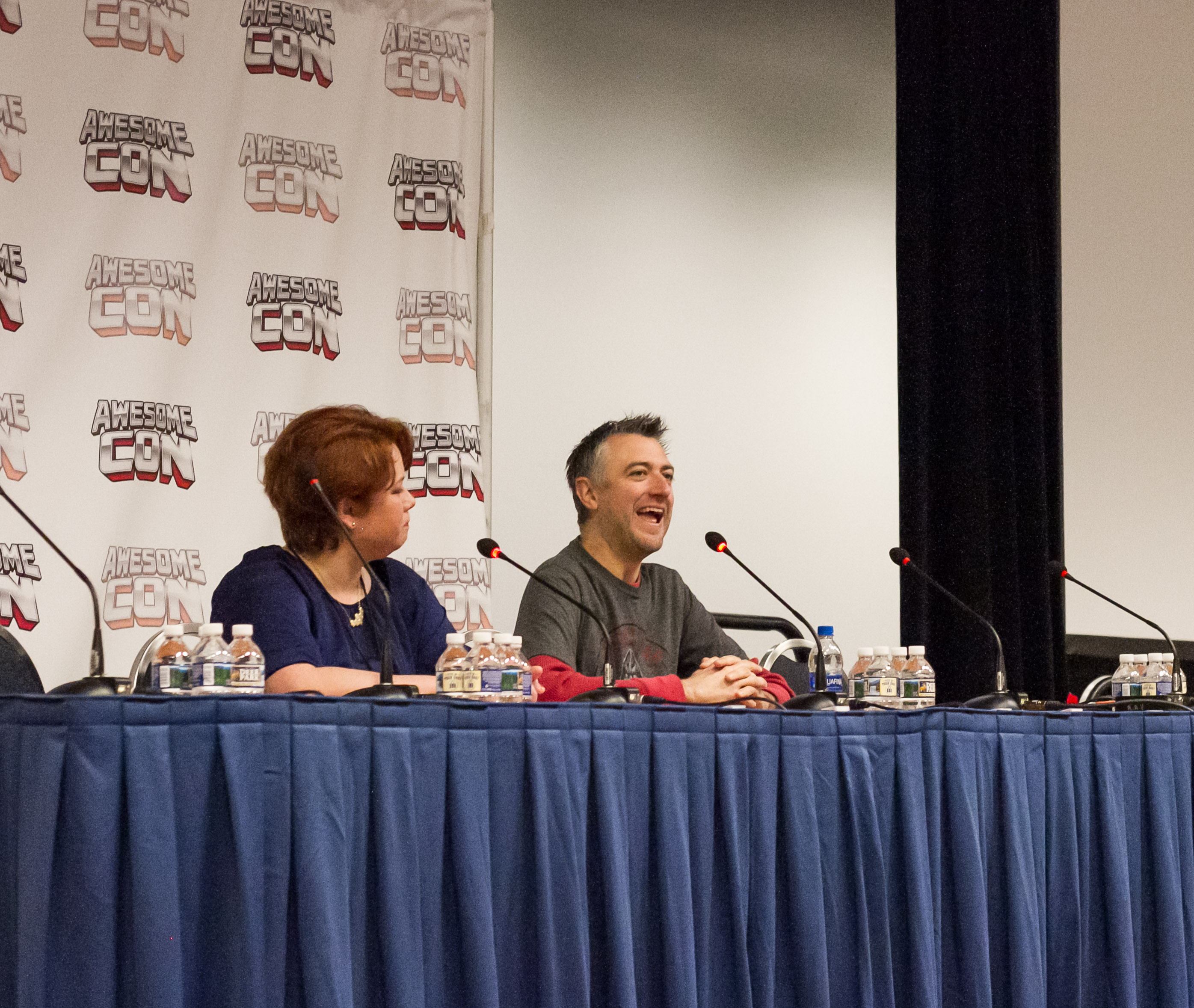 The fan would ask a follow-up question about what it’s like to work with that big of an all-star cast.

Gunn teasingly responded, “I can’t tell you who I worked with, but I worked with a lot of neat people and it was amazing. Believe the hype. It’s gonna be like like nothing else. It’s going to be really, really cool.”

The moderator then asks a follow-up question about how it was different to transition from Guardians of the Galaxy to Avengers: Infinity War.

Gunn answered, “Yea. It’s new directors and new group of people. Everybody meeting everybody. ‘I’ve seen your movie it’s great. I’ve seen your movie it’s great.’ It was a brand new experience … We shot two movies more or less back to back. It seems so recent to me. Usually a year or more goes by … It’s pretty exciting. I legitimately heard awesome things about it and people tell me the truth.”

Gunn didn’t elaborate on what his actual involvement in Avengers: Infinity War would be. We can assume he continued his work as the motion capture actor for Rocket Raccoon. However, it was unclear if Kraglin will actually show up to help the Avengers fight Thanos. It is clear that he filmed scenes for both Avengers: Infinity War and Avengers 4 though.

I wouldn’t be surprised if Kraglin is leading his own fleet of Ravagers and shows up to help the Avengers and the Guardians of the Galaxy deal with what we can only expect is a massive fleet controlled by Thanos.

Do you think Kraglin will show up in Avengers: Infinity War?