Valiant Comics announced they will be returning to the world of Britannia with Britannia: Lost Eagles of Rome. The new story will be a four-issue miniseries written by Peter Milligan with art work by Robert Gill.

Valiant has produced two other Britannia miniseries from Milligan and artist Juan José Ryp. The series features Roman supernatural detective Antonius Axia as he navigates the internal Roman politics of the Emperor Nero. Not only does he have to deal with Nero, but he also engages with barbarian hordes set on destroying the Romans as well as insane monsters and crazy, unexplainable magic. It’s a combination of Batman meets Constantine set in the world of the Roman empire. 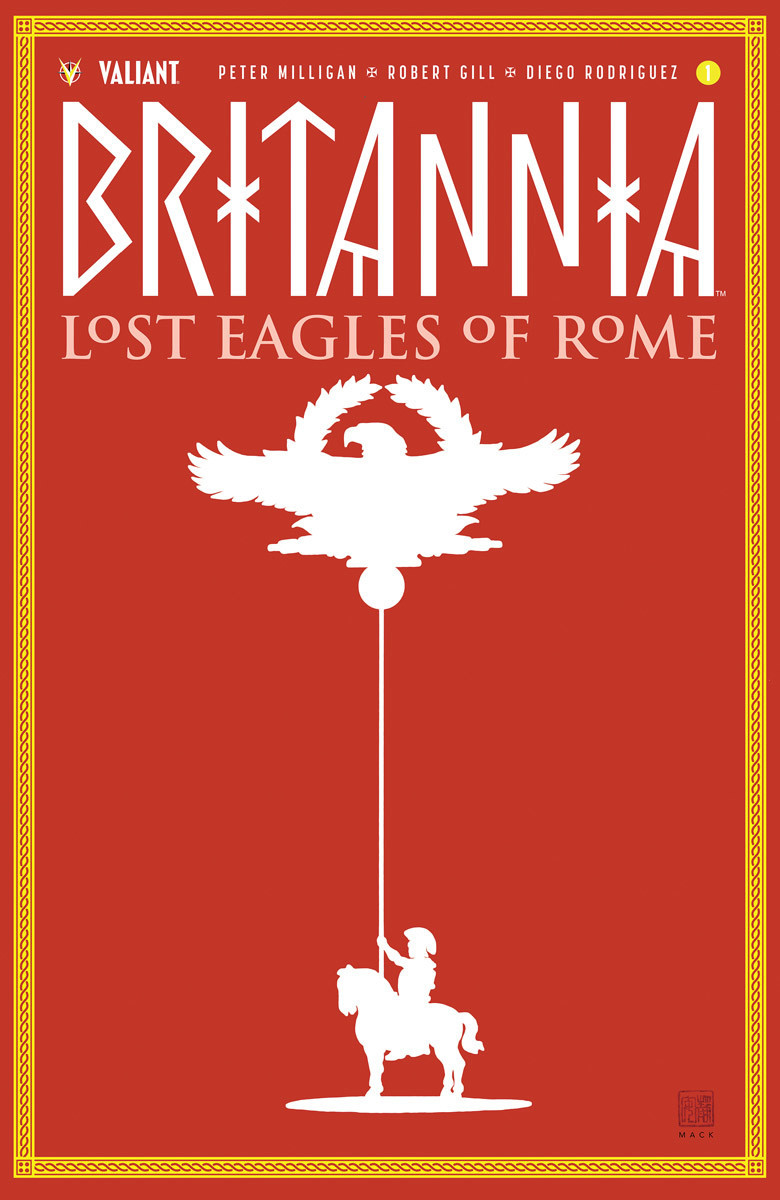 Britannia: Lost Eagles of Rome will see Antonius Axia sent on a mission by Nero to retrieve a number of proud Eagle relics that have been stolen by a horde of barbarians.

In an interview with SyFy writer Peter Milligan elaborates on how this new series will take us into Egypt, “In LOST EAGLES OF ROME we expand eastwards, and see how the empire encompassed Egypt, too. I was interested to see the clash of Roman culture with this even more ancient culture of Egypt.” 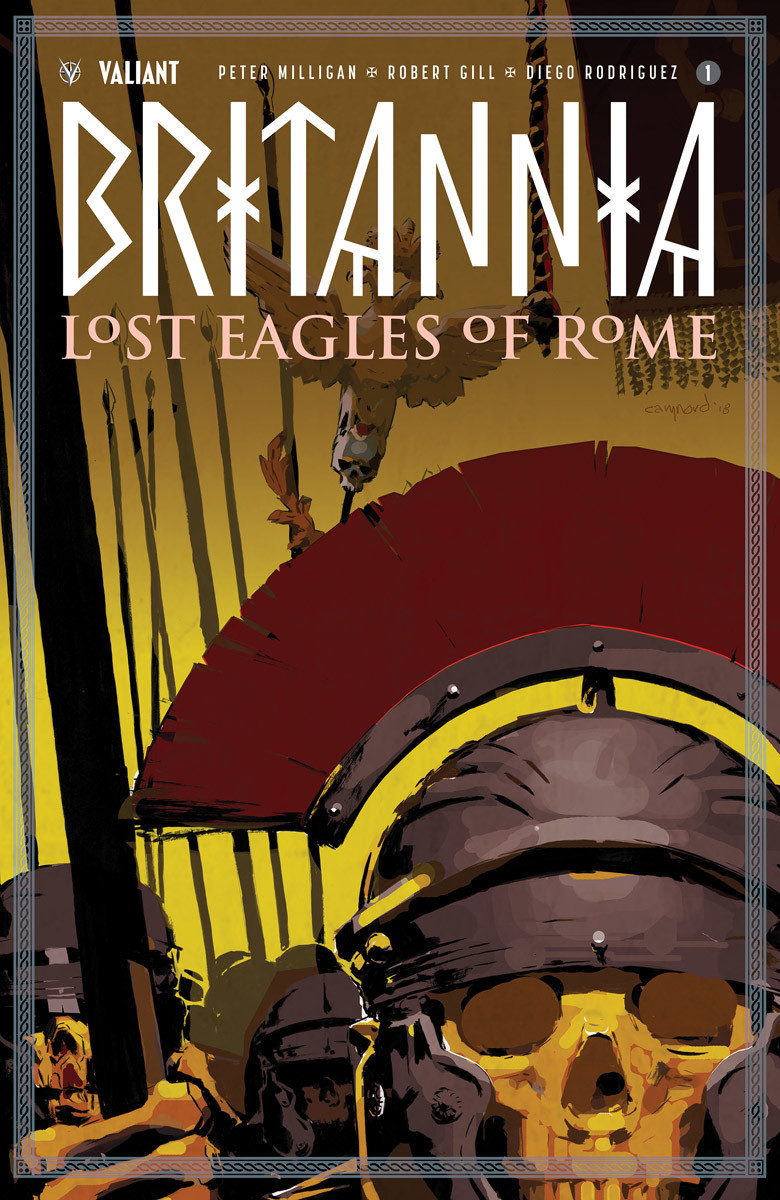 Robert Gill also told SyFy he hopes “to bring an scope to this series with both the louder and more violent pages as well as all the quieter scenes. I’m very much looking forward to giving life and emotions to the characters while building a very believable, gorgeously detailed world around them. I’ve always loved drawing ancient/fantasy architecture, weapons and armor, and all the rest, so this book couldn’t be more of a dream project to work on.”

Britannia: Lost Eagles of Rome will feature covers by Cary Nord, Brian Thies, and David Mack. There will be a black and white sketch variant of Cary Nord’s available as well. 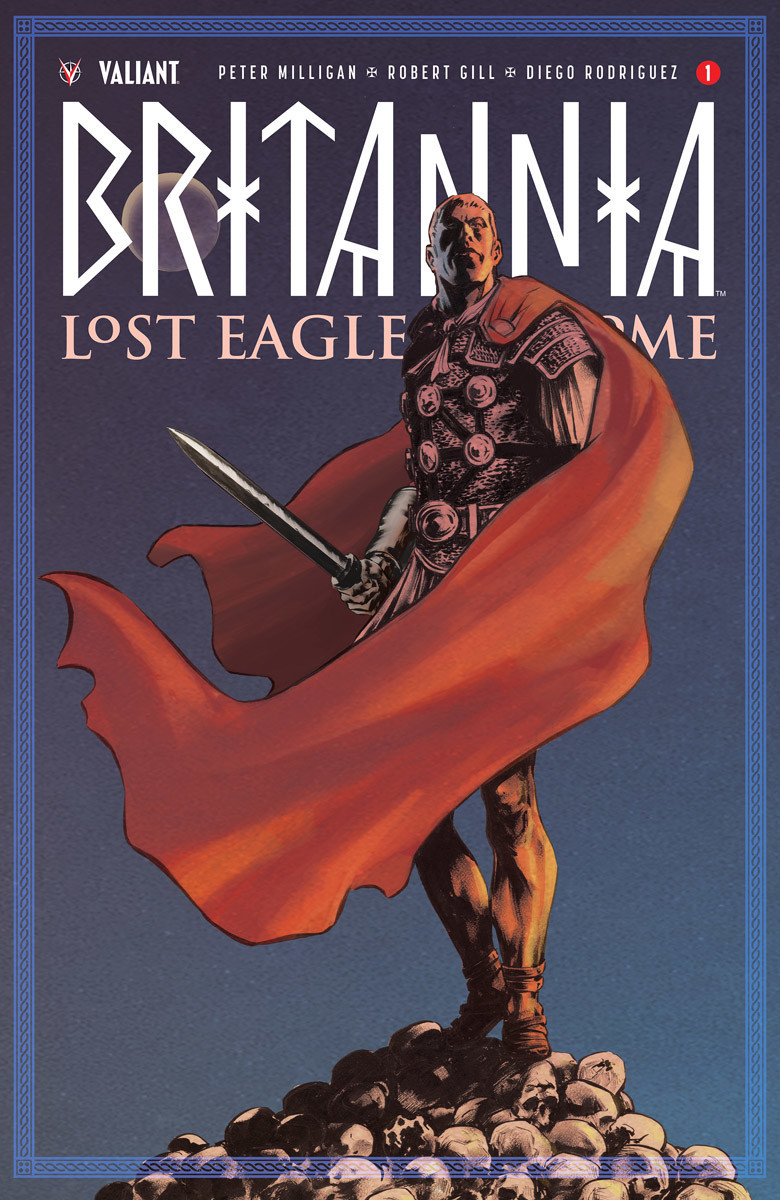