The first reaction to Avengers: Infinity War dropped last week and the movie was described as “way ambitious.”

Now after another fan event in London where Elizabeth Olsen, who plays Scarlet Witch, stole the show on the Red Carpet, more reactions are coming in.

Reddit user 07Stocka revealed he got to see a 30 minute clip of the film as well as received a ticket to the Avengers: Infinity War screening.

Here’s how he described the film, “Saw a half hour preview and I was blown away, they’ve really gone all out in every aspect.”

On a separate thread he also described the movie, “Saw half an hour of it tonight though and it looks incredible.”

When questioned on whether or not it was the same footage in Brazil he responded, “I have no idea, but I’d assume so. The stuff they showed is actually slightly different to what will be in the final cut to avoid spoilers, but it gives the general gist.”

In order to confirm his authenticity he posted a photo of his preview screening. 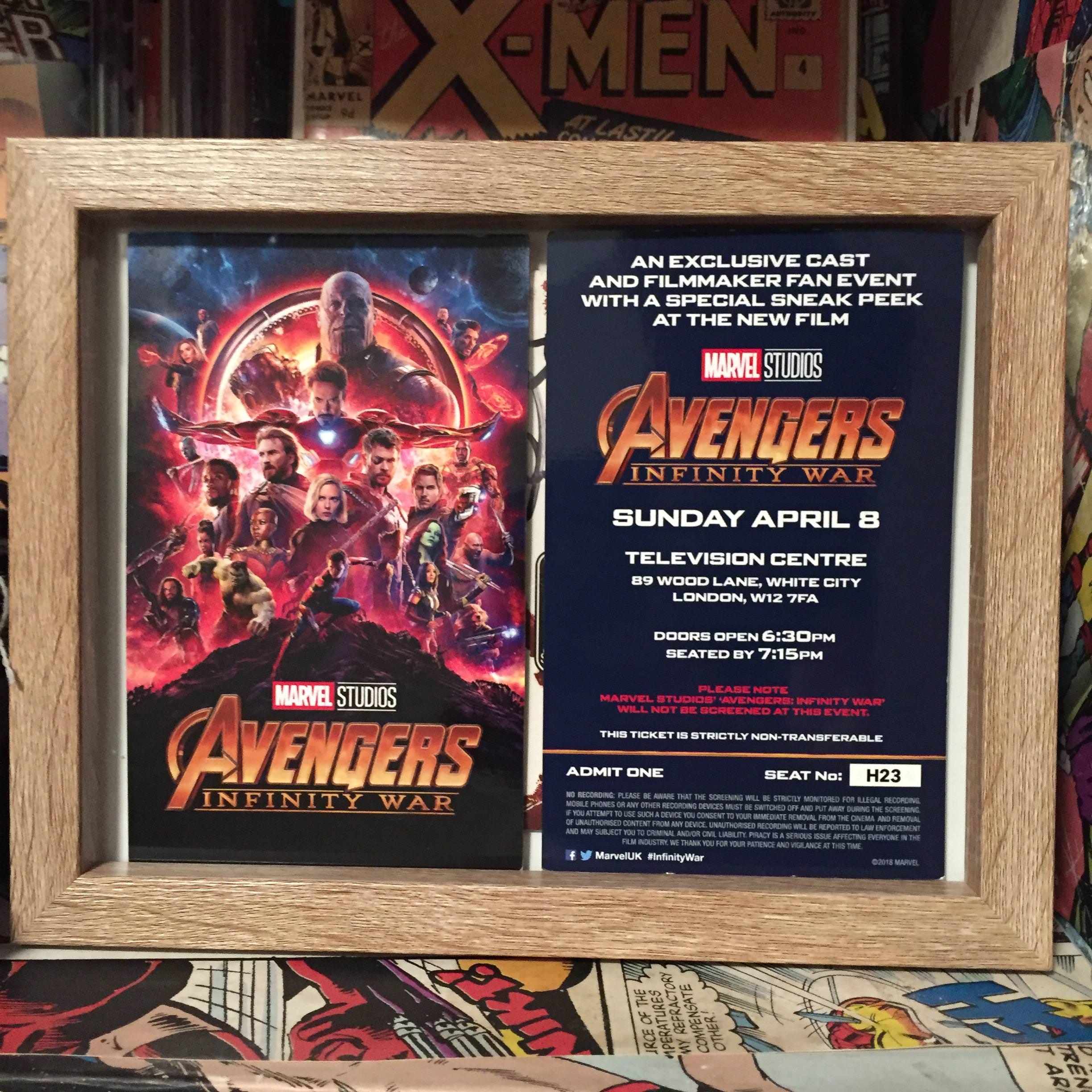 As you can tell he’s already got the tickets framed.

07Stocka replied, “I have to email them myself since we didn’t register (we were given our ticket by security) but they did say it’ll take up to a couple of days.”

Avengers: Infinity War opens to audiences here in the United States on April 27, 2018. Based on these initial reactions the film looks like it is going to live up to the hype it has been generating over the past year and a half or so.