**Warning Spoilers for Thanos #18 Below**

Donny Cates and Geoff Shaw’s Thanos run has been quite a bit of fun, but with Thanos #18 it looks like it is coming to an end.

However, there’s a catch. In order to kill everyone he had to recruit his younger self using the Time Gem. That leaves two people left alive in the Marvel Universe. Thanos and Thanos. But there is still one other being remaining, Lady Death.

While Lady Death does not utter a single word, Thanos believes they must fight each other to the death in order to claim her as his bride.

The younger Thanos seemingly obliges as he wraps his thick hands around the older Thanos’ neck and begins to squeeze. 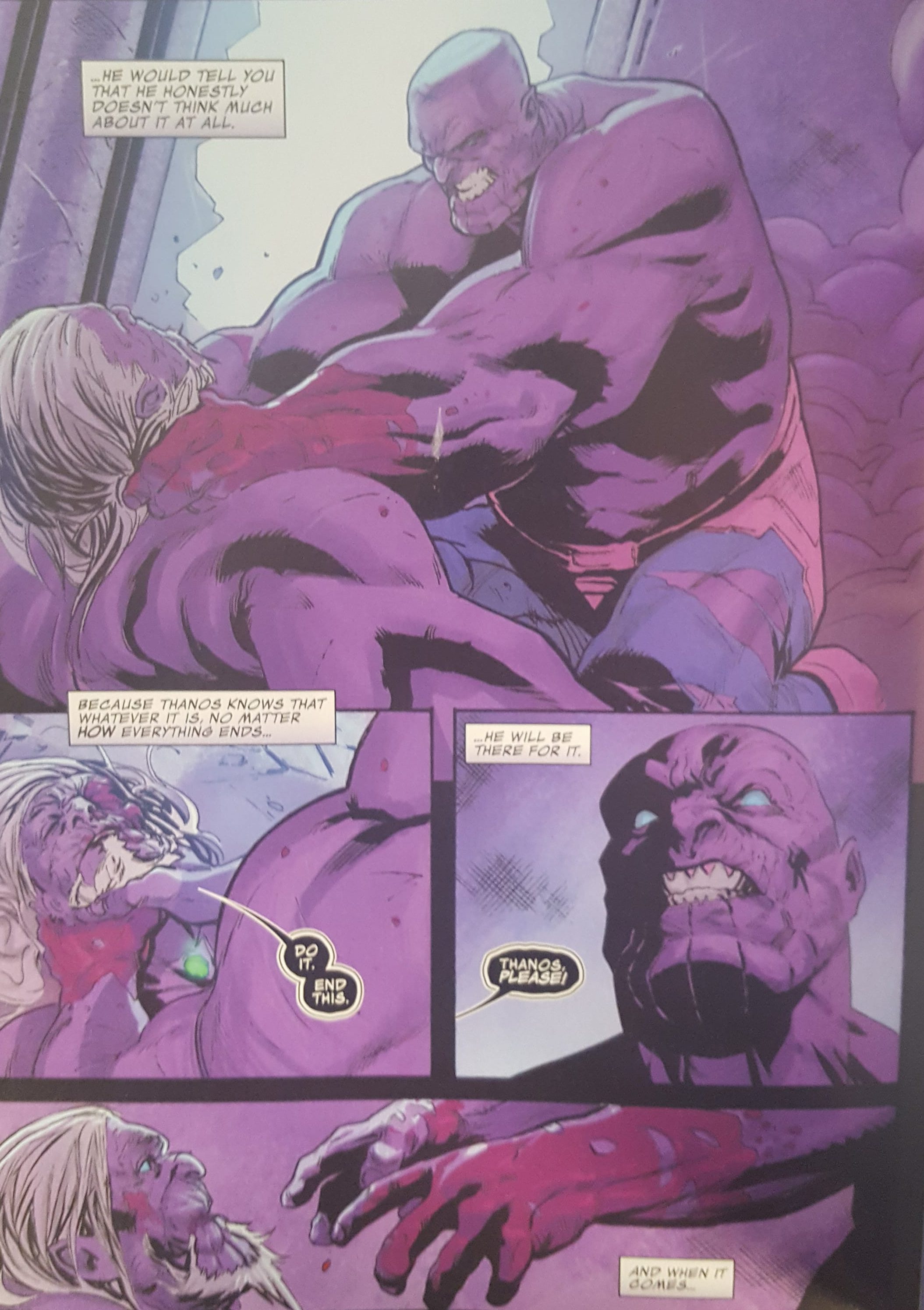 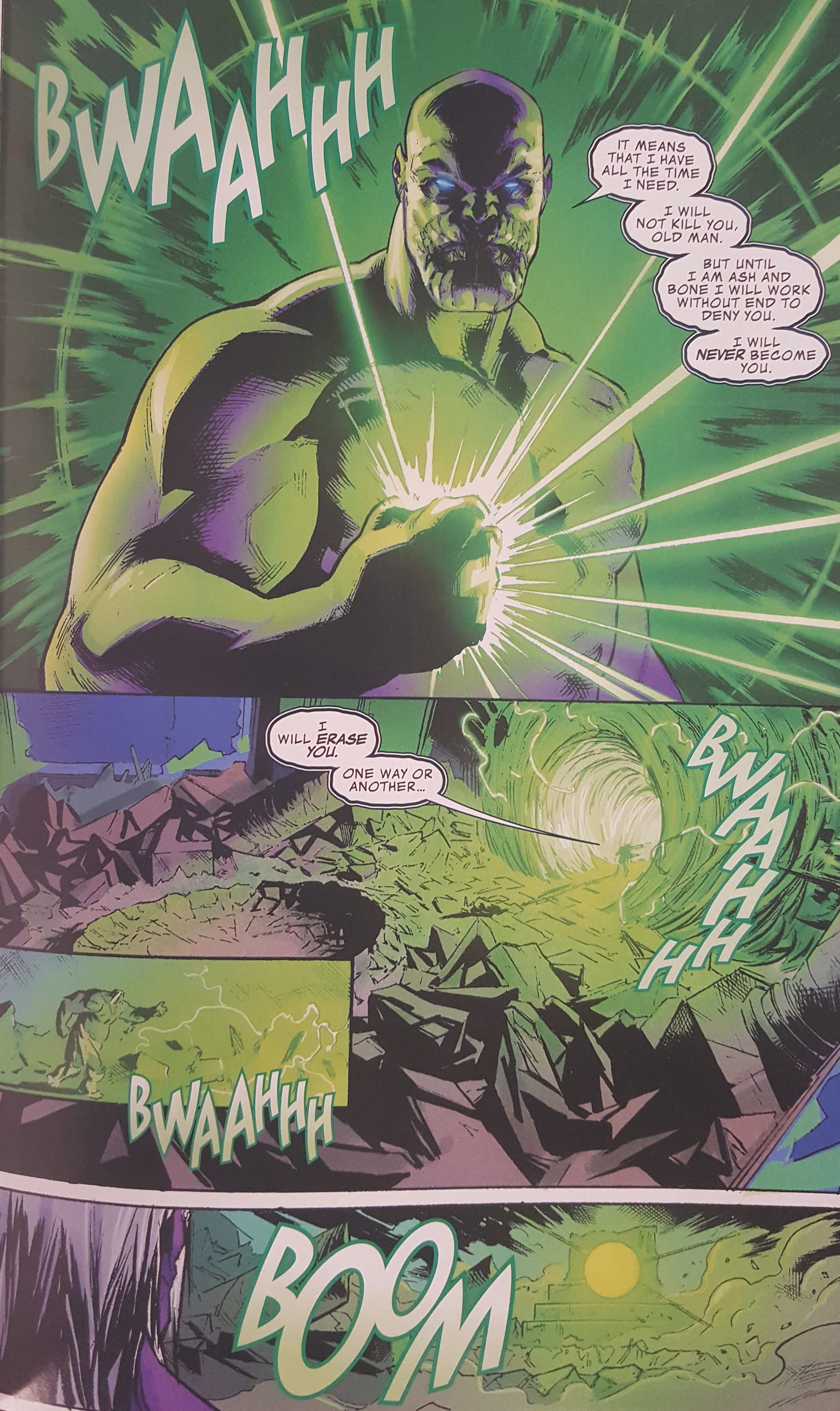 Thanos succeeds in defeating the older, weak, and mewling Thanos by erasing him from existence. And just after the older Thanos is erased from existence, Lady Death answers his last question asking “What did Thanos do?” She responds, “He won.” 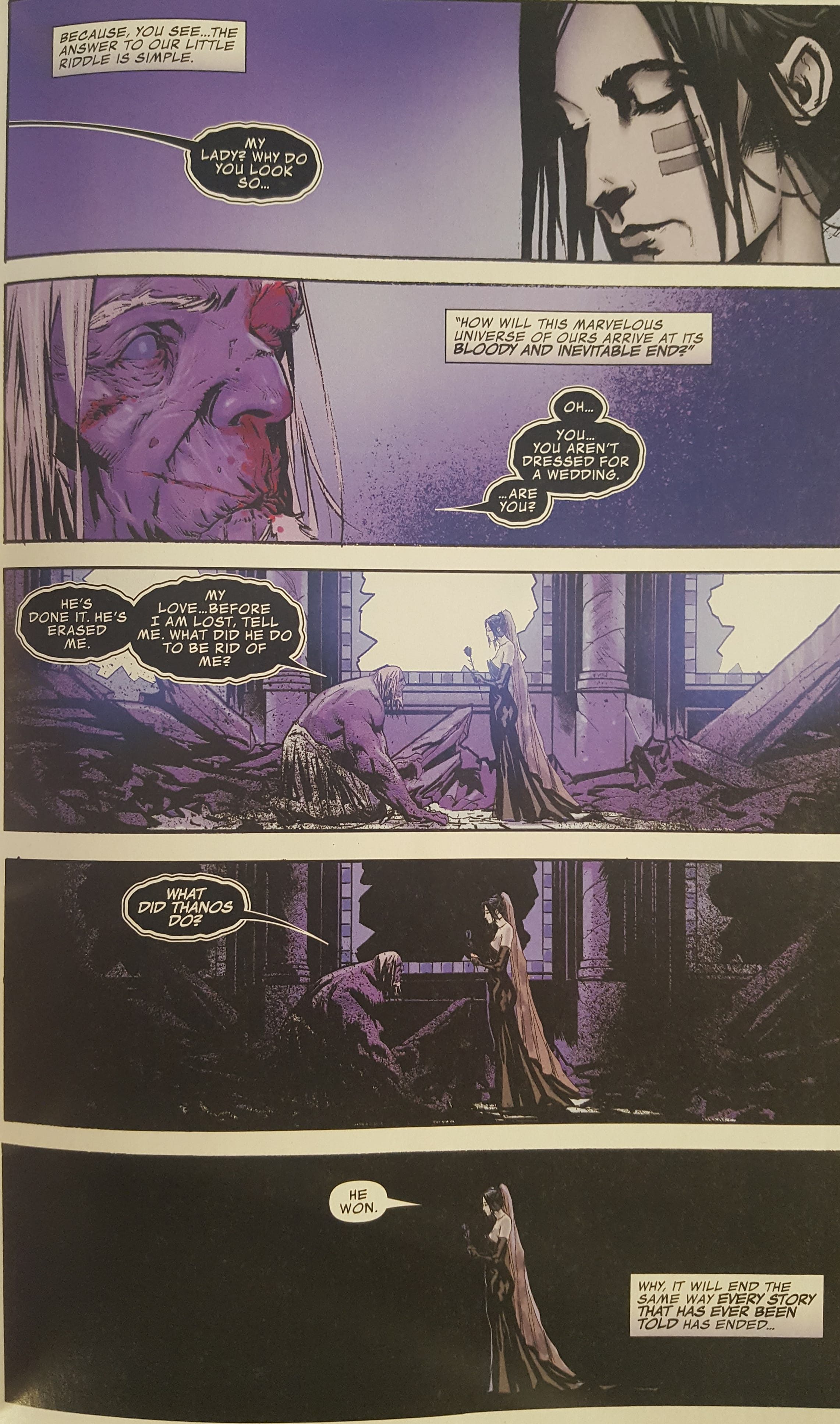 And that’s how Thanos is defeated. His younger self actively works in the present in order to ensure the weak and older Thanos never comes into existence. and as Lady Death says. Thanos wins.