To Reduce the Sanest Man Alive to Lunacy…

Joaquin Phoenix is an incredible actor. So incredible, that he might be the next actor to bring the Joker to life. A daunting task for even the best of actors. The project is unique: it won’t be connected to any other stories, it will tell the Joker’s origin, and will be a period piece set in the 1980’s. Oh, and it’s directed by The Hangover’s Todd Philips, produced by Martin Scorcese and may also star Leonardo DiCaprio.

Whether or not Phoenix is in the film, this project has quickly become one of the most exciting comic book films ever. While speaking with Collider, the actor praised the Joker, comic book films and, comics in general.

First, the actor was asked if Heath Ledger and The Dark Knight made the role any more intimidating.

I don’t know about that movie or character specifically, but I was thinking about it’s interesting with comics there’s different writers and artists that come on. It’s different than this character from literature being uniquely that. There are different interpretations. It’s so interesting; I was just thinking about it today, it seems so unique in some ways to comic books. I think there’s probably room for that. Maybe it’s like doing a play, like you always hear about people doing something, ‘You should have seen this actor in this performance,’ but then other actors do it and it’s a different kind of film. I think that genre, comic books, kind of lends itself to having different people play the same character and interpret it in a different way. It’s kind of built into the source material in some ways. I think it’s cool when people do that.

But when asked about his involvement in the film, the actor decided to have some fun.

Though it’s widely known Phoenix is connected to the project, he didn’t quite confirm that. Actually, he did anything but confirm it.

Just to let you know, a story broke, just to make it as clear as I can, that you were the guy that they were talking to about playing the Joker in a Todd Phillips Joker movie, where he’s like a standup comedian in the 80s, and somehow …

It’s how he became the Joker, but it’s like a solo movie. It’s not connected to the others, going to what you said about how it could be a different writer, a different director, a different take on that character. It also fits into what you were saying about not doing something that’s going to be sequels, and spinoffs, and everything else.

I’ve got to be honest with you, and I speak for fandom, the people online that talk about movies and whatever, there aren’t too many actors who are announced for a major role and fandom in unison says, “F*** yes.” That happened when you were mentioned. People were very, very excited about that, to see your take and your performance. I’m letting you know that there are a lot of people interested in it.

Phoenix is both hilarious and obviously having a laugh. If he really had no idea about the project, he’d probably just bluntly tell the interviewer. If he’s been cast as the Joker and told not to talk about it, that’s what it would look like. 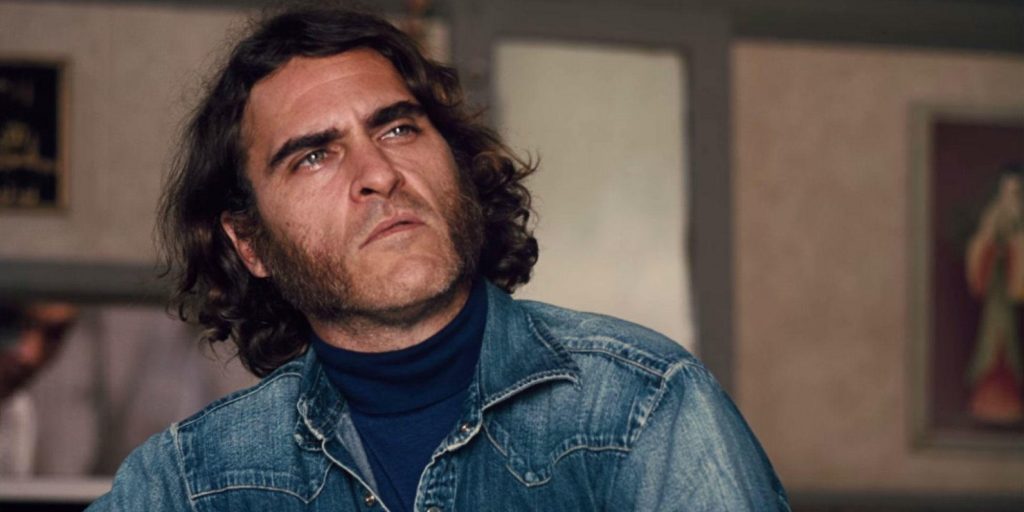 “Want to know how I got these scars?”

No one should ever want to see how the Joker came by his scars. It’s likely a horrible story. A tragedy that fulfills the promise that, “all it takes is one bad day to reduce the sanest man alive to lunacy.” But that’s also the most appealing aspect of the character. The idea that Batman’s polar opposite endured a similar horror in his childhood. Something that turned an innocent man, or a comedian, into arguably the worst villain in fiction. Jack Nicholson is the only actor to display the transformation in front of audiences, but many agree that didn’t quite do the Joker justice.

It’s time to see the true evolution of the Clown Prince of Crime. Joaquin Phoenix has displayed one of the widest ranges of any actors in recent years. Her, Inherent Vice and this year’s You Were Never Really Here are all proof that he is a performer at the top of his game. One of the most exciting artists working today. The fact that he’s been pondering the idea of multiple actors interpreting a character isn’t a coincidence. He’s probably heard the same stories everyone else has, if not more.

Many reported that Phoenix once turned down the role of Lex Luthor in Batman v Superman: Dawn of Justice. Meaning that Todd Philips has likely managed to do something Zack Snyder couldn’t: bring Joaquin Phoenix into the DC Universe. A welcome sight for a Universe in need of much better films.