With Avengers: Infinity War hitting the big screen in a few weeks, fans have been clamoring for just the slightest hint of where the Soul Stone might be. The final Infinity Stone has yet to be revealed in any of the Marvel Cinematic Universe films. James Gunn essentially debunked the theory of the Soul Stone being with Adam Warlock (teased at the end of Guardians of the Galaxy: Vol. 2). Ryan Coogler also stated he didn’t want the Soul Stone in Wakanda. Fans have since taken the reigns in theory crafting on other locations for the Soul Stone.

As far as theories go, we have some of the less climactic stating Thanos may already have the Infinity Stone. Marvel has just done some clever editing just like with Thor: Ragnarok trailers and the early Avengers: Infinity War footage. Other fans have speculated the Soul Stone is in Wakanda, despite Coogler stating otherwise for his film. Some put the stone with Heimdall, while a few fringe elements put it with the Netflix series or with other obscure parts of the Marvel Universe, like Namor (who Marvel/Disney has had the rights to- they just haven’t used him… Yet.). While some still hold out hope that James Gunn is lying to them and the stone is with Adam Warlock.

Give it to the internet denizens to come up with some crazy theories. Hawkeye’s presence being missed in much of the marketing material and the missing Soul Stone have led a number of interwebs jokesters to speculate that Hawkeye is actually the Soul Stone. Needless to say, the theories range from utterly ridiculous to highly plausible. But we’re going to discuss a theory that has a little bit of both. A recent theory that has sprung up because of some promotional artwork, and has since become one of the more plausible but still quite ridiculous if we were to cut deep into the Marvel Cinematic Universe (MCU) lore. 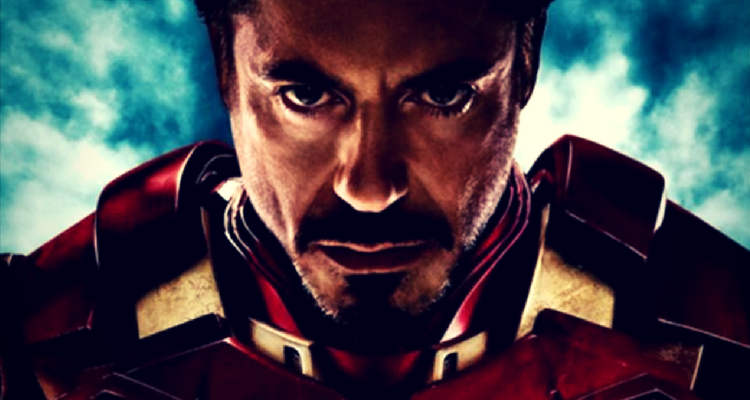 My Greatest Creation… is You

There’s a scene in Iron Man 2 where Howard Stark talks about technology for some advertisement of what he can offer, and some outtakes that feature a bit of his personality. After a few outtakes, he talks about how limited he was with the technology of his time, but posited his son Tony would change the world. “What is and always will be my greatest creation, is you.”

Delving a little bit more into the Marvel Cinematic Universe lore and making a bit of a leap in speculation, the theory goes that Howard Stark and Maria were unable to have offspring for whatever reason. Somehow, along with the Tessaract and Vibranium, Howard Stark gets hold of the Soul Stone. He uses a bit of the Stone’s powers to finally conceive with Maria, and thus Tony is born.

The emphasis on Tony being the Soul Stone is not that he is a Stone in the literal sense. Rather, the stone is somehow embedded in his system. Just see Thor: The Dark World to note some of the other fashions the stone can take. From this we can surmise that an Infinity Stone can take on a less stone-like appearance. It’s also no stretch of the imagination to have the stone as part of a character’s being much like the Aether is in liquid form. Perhaps the Soul Stone is embedded into the DNA of Tony Stark, acting as a bonding agent for his genes and holding him together. It’s little wonder how tech is so integrated into his very being, that at the height of his power it becomes the very thing keeping him alive.

It goes to show his ability to create a fountain of limitless energy that also acts as his life support in Iron Man. It also supports his ability to negate the powers of the Mind Stone in The Avengers.

There’s also the fact that his AI creations gain sentience, from Ultron and by implication Vision.

There was some promotional artwork for Avengers: Infinity War recently released. And with that, there’s been nothing to quell the theories. It actually added more fuel to the fire. 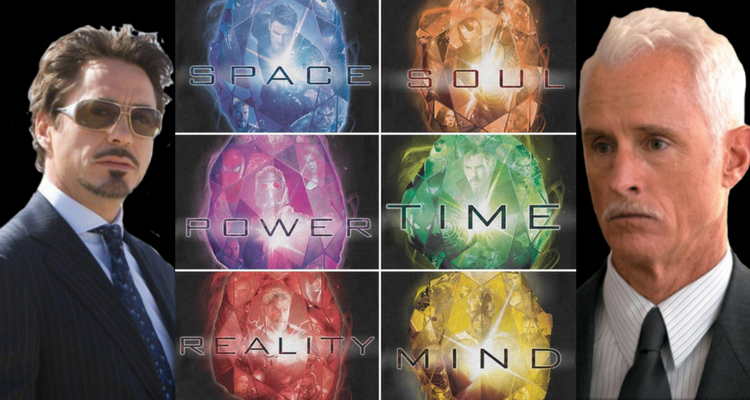 Recent promo art for the movie show a character with an Infinity Stone featured in one of their films. Dr. Strange is in the background with the Time Stone, the Eye of Agamotto. Star-Lord is with the Power Stone, the Orb. Vision has the Mind Stone (obviously). Captain America is in the background of the Space Stone, the Tesseract. And Thor with the Reality Stone, the Aether. The curious part is that the Soul Stone featured with Iron Man. It has lead many to speculate that Stark is either the Soul Stone, or has the stone in his possession.

Too Deep for a Tent Pole Film

Diving into such a deep cut in Iron Man 2 and a promotional art piece might be a little too much for a film that has to grab more general audiences. It is fun to speculate the whereabouts of the final Infinity Stone. However, showing the audience the instances of Tony’s life might be too complicated. Most viewers aren’t that invested in the MCU lore to break down obscure references in sequel solo film titles. When Avengers: Infinity War comes out, we may get more details about the location of the Soul Stone and where it has been all these years.

We’ll just have to wait and see when Avengers: Infinity War hits theaters on April 27th.