Ta-Nehisi Coates announced in February that he would be taking over duties on Marvel Comics’ Captain America title as part of Marvel’s Fresh Start Initiative that promised “new fresh ideas, new creators.”

At the time of the announcement I believed it was a terrible decision to put Coates on Captain America. Not only does Coates have a track record on Black Panther of declining sales, but he is a very volatile and divisive political commentator. Rich Lowry in Politico described Coates’ worldview as reducing “people to categories and actors in pantomine of racial plunder…He must erase distinctions and reject complexity.” Not only would Coates be decried in Politico, but he made his own views perfectly clear when he wrote, “White America is a syndicate arrayed to protect its exclusive power to dominate and control our bodies.” He would also demonize 9/11 first responders including firefighters and policemen. He describes them, “They were not human to me. Black, white, or whatever, they were menaces of nature; they were the fire, the comet, the storm, which could – with no justification – shatter my body.”

But just a few weeks later at SXSW, Coates would compare Captain America to Barack Obama, “He’s like Barack Obama. I want to clarify that. I don’t mean that as praise or criticism. He’s somebody who believes in the ideal of America, really, really believes in it.” 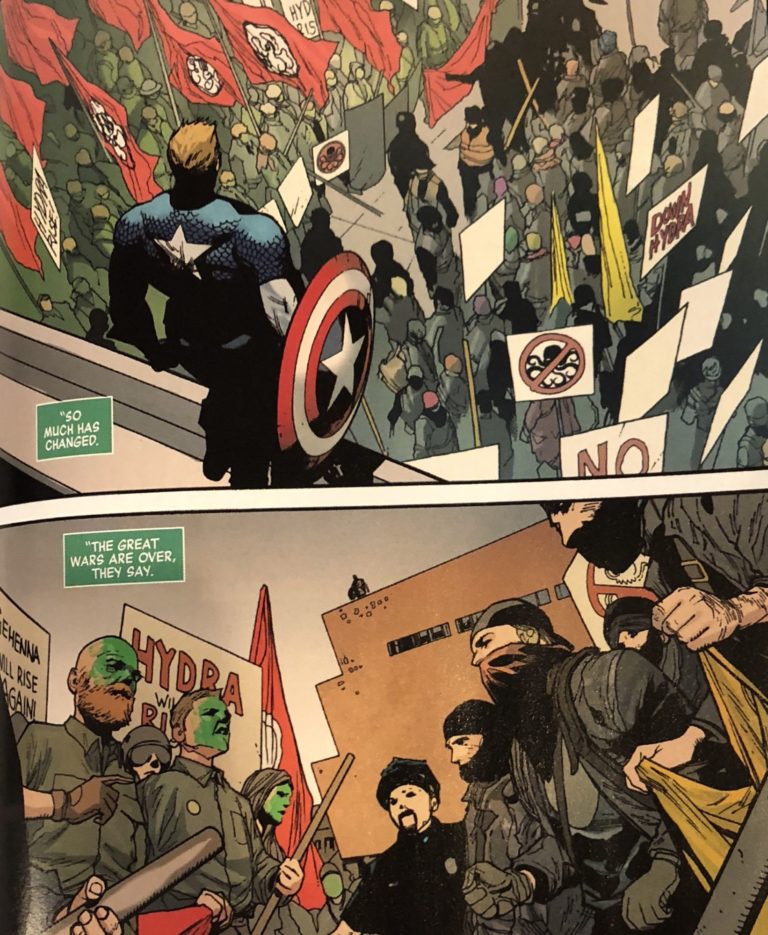 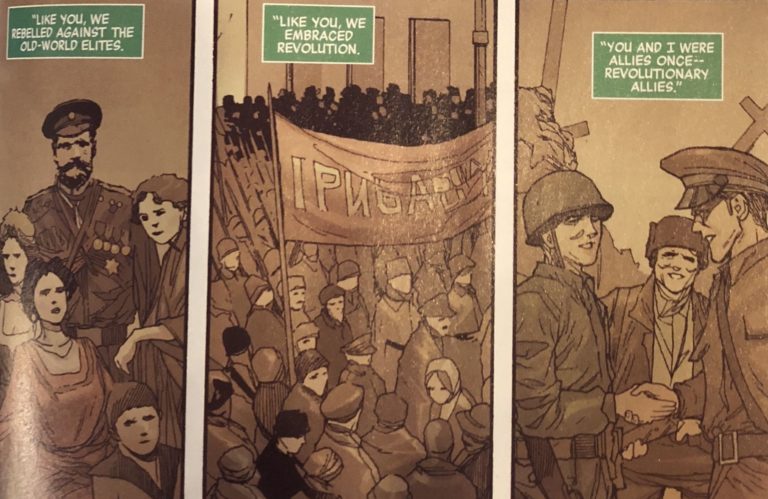 I don’t want to jump to conclusions about what exactly these images mean without context, but they don’t bode well for Coates’ upcoming Captain America run. Especially given the actual solicitation:

Based on the official promotional preview image below, it appears propaganda will be at play to ensure the symbol of Captain America is corrupted. The big question will be who exactly is the Power Elite? 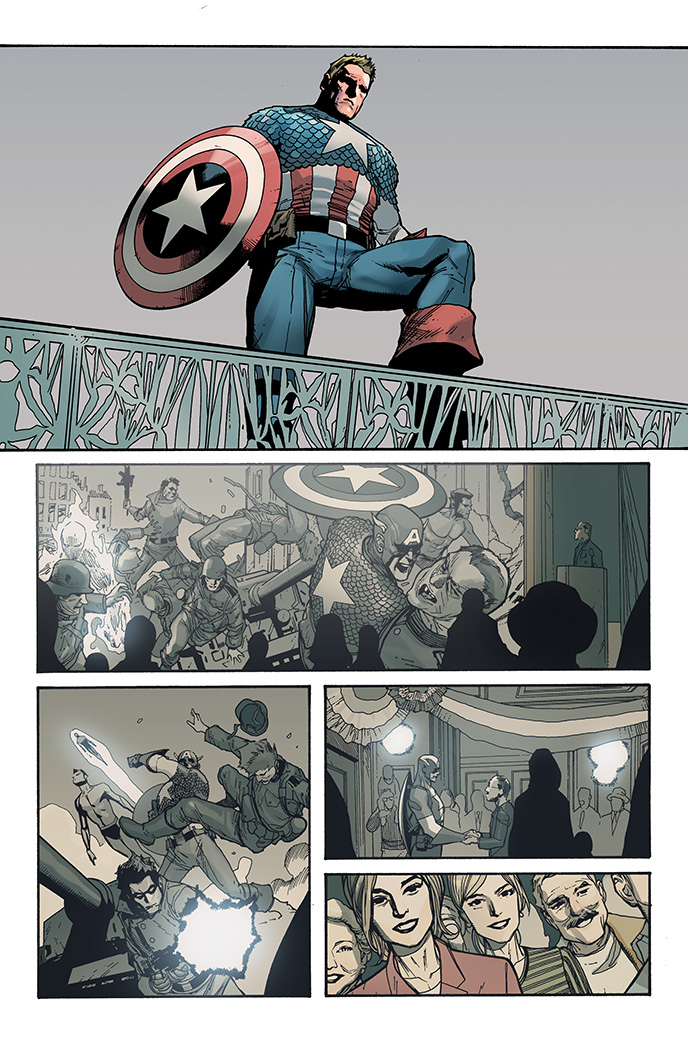 What do you make of these leaked images? Do you like Coates’ idea to include Antifa-like characters in his story? Will this change your mind on whether or not you pick up Coates’ Captain America run?