Putting the Pieces Back Together

Star Wars: The Last Jedi was a divisive film. There were quite a few interesting reveals about the fate of Supreme Leader Snoke, the life of Luke Skywalker and Rey’s parents. The Last Jedi still gets a lot of heat from practically everyone on the internet. So it would make sense for the next film to take less chances, to do things that might make fans happy. Well, what would make fans happier than bringing in someone else from the Extended Universe? Fans loved when Grand Admiral Thrawn reappeared in Star Wars Rebels.  A recent story suggested the folks behind Star Wars: Episode IX are looking to bring someone else back from the EU graveyard.

The folks over at That Hashtag Show revealed that Abrams, Kathleen Kennedy and Casting Director Nina Gold are reportedly looking for a, “female lead, 40-50 years old, to play the role of ‘MARA.'”

Whoa. Now, make no mistake. Disney and Lucasfilm know the power of their words. Not only that, but this is something that was probably intended to be leaked. Because this is the exact kind of detail that would get diehard fans back into the game. The kind of fans who didn’t appreciate the Luke Skywalker Rian Johnson wanted to give us, even if it was the Luke Skywalker we deserve.

Never the less, naming the character “Mara” is too obvious. Characters aren’t revealed in their role description. However, they are usually indicative of the character’s role in the plot. Meaning that this could be someone like Mara Jade, or someone maternal like Rey’s mother. Considering the major female presence that will be missing in the film, it makes sense that the filmmakers would be looking for an actress to fill the voice left by one Princess. Even if that’s impossible.

Who is Mara Jade? 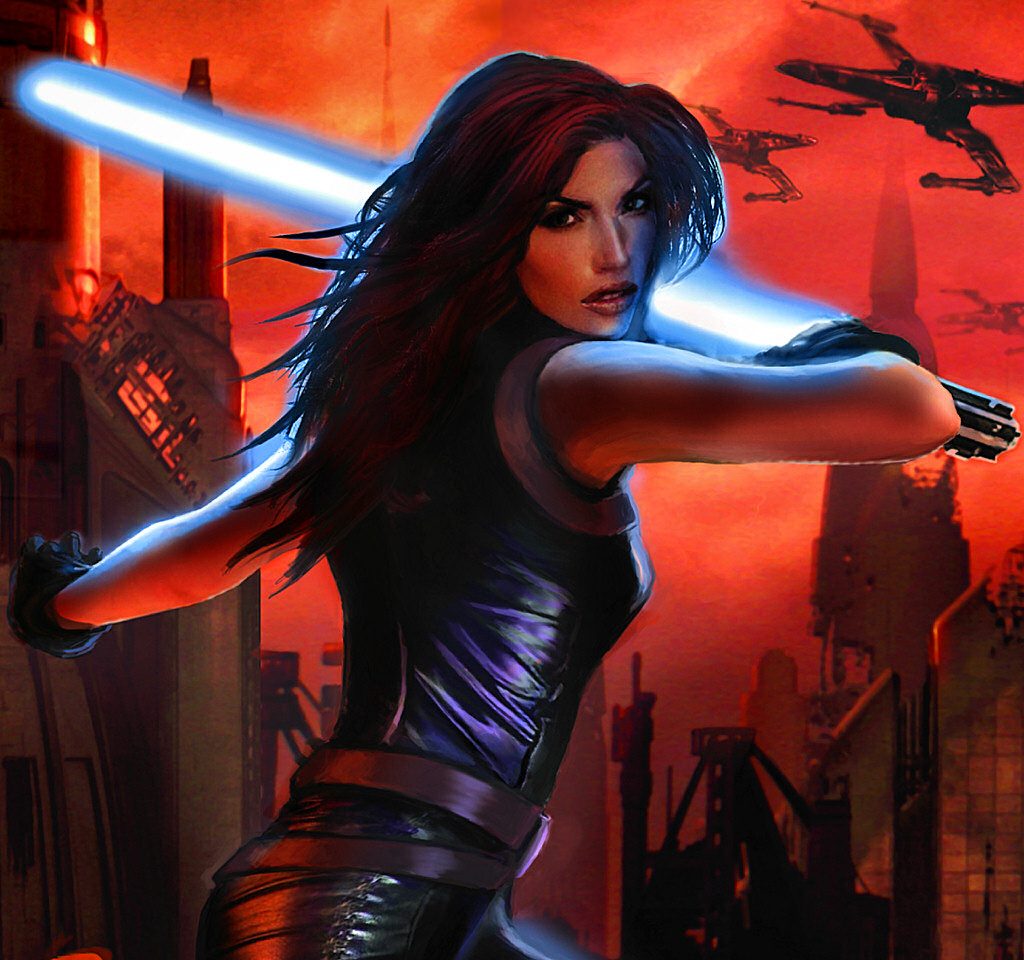 Mara Jade is one of the most powerful Jedi of all time. But she didn’t start out that way. When Timothy Zahn first introduced her in the novel, Heir to the Empire, she was referred to as the “Emperor’s Hand.” An incredibly skilled, force-sensitive assassin who had sworn to kill Luke Skywalker after the Emperor’s Death. But things don’t always work out the way you planned.

A demented Jedi Master named Jorus C’Baoth clones Luke with the intention of killing and replacing the young Jedi. But Mara Jade helps Luke to defeat the other Luke Skywalker before defeating C’Baoth.

Over time, she reluctantly allows Luke to train her in the ways of the force and becomes a Jedi Master herself. The two then get married and have a son named Ben. Unfortunately, Mara Jade was later murdered by her nephew Jacen Solo who became the Sith Lord, Darth Caedus. A dark end that helped to solidify Jacen’s turn to the Dark Side. A story that sounds similar to Ben Solo’s own turn to the dark side.

Quite a lot is still unknown about Ben Solo and the destruction of Luke’s Jedi Temple. How he was turned, who he killed, and what other Jedi might be left in the Universe. This “Mara” character probably won’t be Luke’s long lost love or wife. But she might represent the character in a different way. An extension of Luke’s legacy, another powerful force user who wants to pass on the force, or perhaps even a Mother.