**Warning Spoilers for The Mighty Thor #706 Below**

The Mighty Thor #706 by writer Jason Aaron, artist Russell Dauterman, and colorist Matthew Wilson might have been one of the better comics out from Marvel Comics this week. The story was well-written with some really good artwork and coloring from Dauterman and Wilson.

While the comic by itself was very well done, the actual plot points came a little too soon in the overarching story for my taste. It’s a recurring theme for Marvel Comics right now. Their stories have no consequences for their characters. In just the past two weeks we’ve seen stories basically undone in Thanos, Captain America, and now in The Mighty Thor.

In The Mighty THor #706, Jane Foster, the female Thor has died. She sacrificed herself to save the Asgardian people from the ferocious and nearly unstoppable Mangog. She was able to stop the beast by trapping him in the chains previously crafted to hold Fenris. She then attaches Mjolnir to those chains and sends the mighty hammer flying into a nearby star. We can only assume both the hammer and Mangog met their end.

Foster’s death drove Thor Odinson into uncontrollable grief which saw him attempt to use the God Tempest to bring Jane Foster back to life. While attempting to control the God Tempest by himself and channel it’s energies into Jane Foster, his left arm melts away. 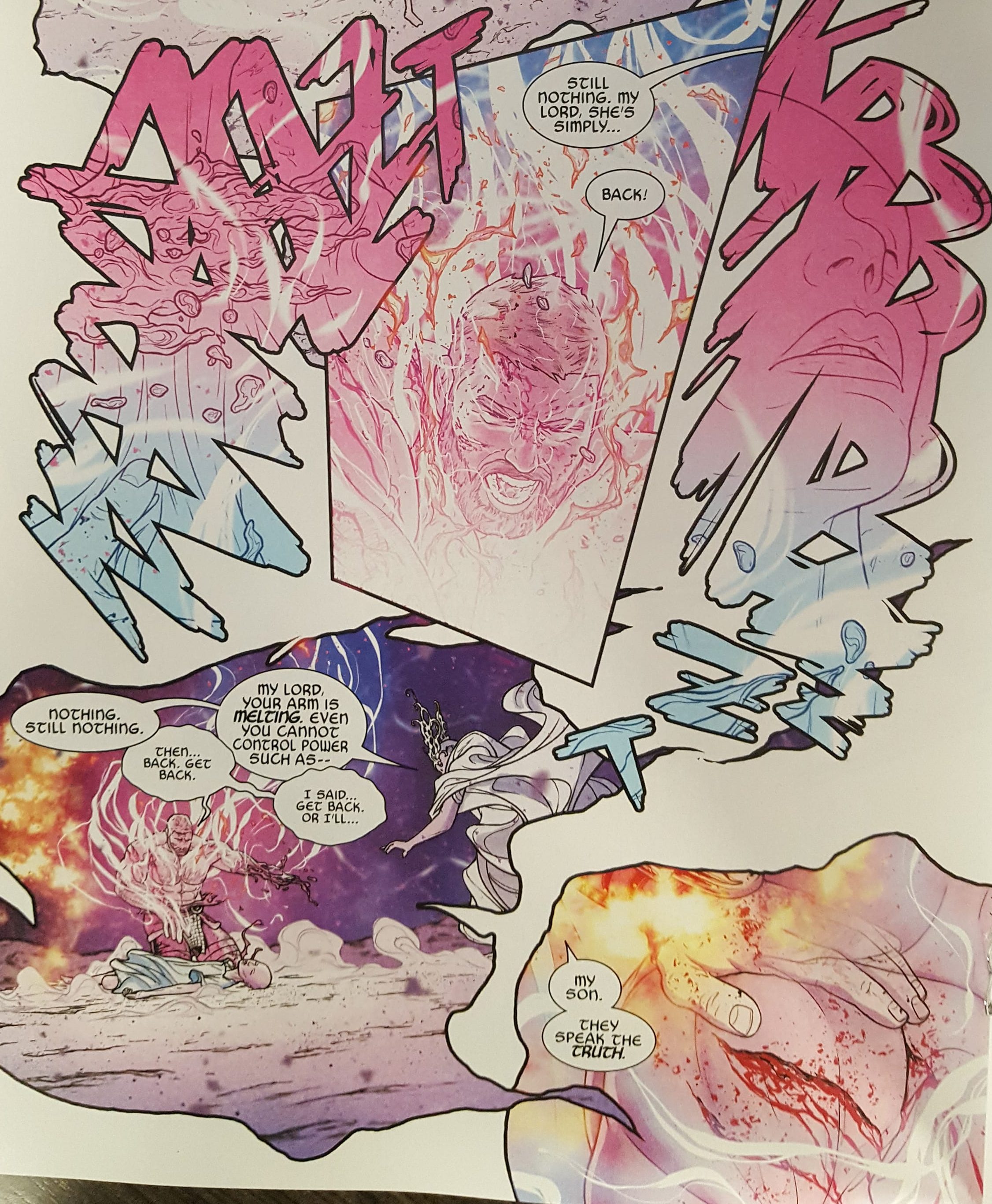 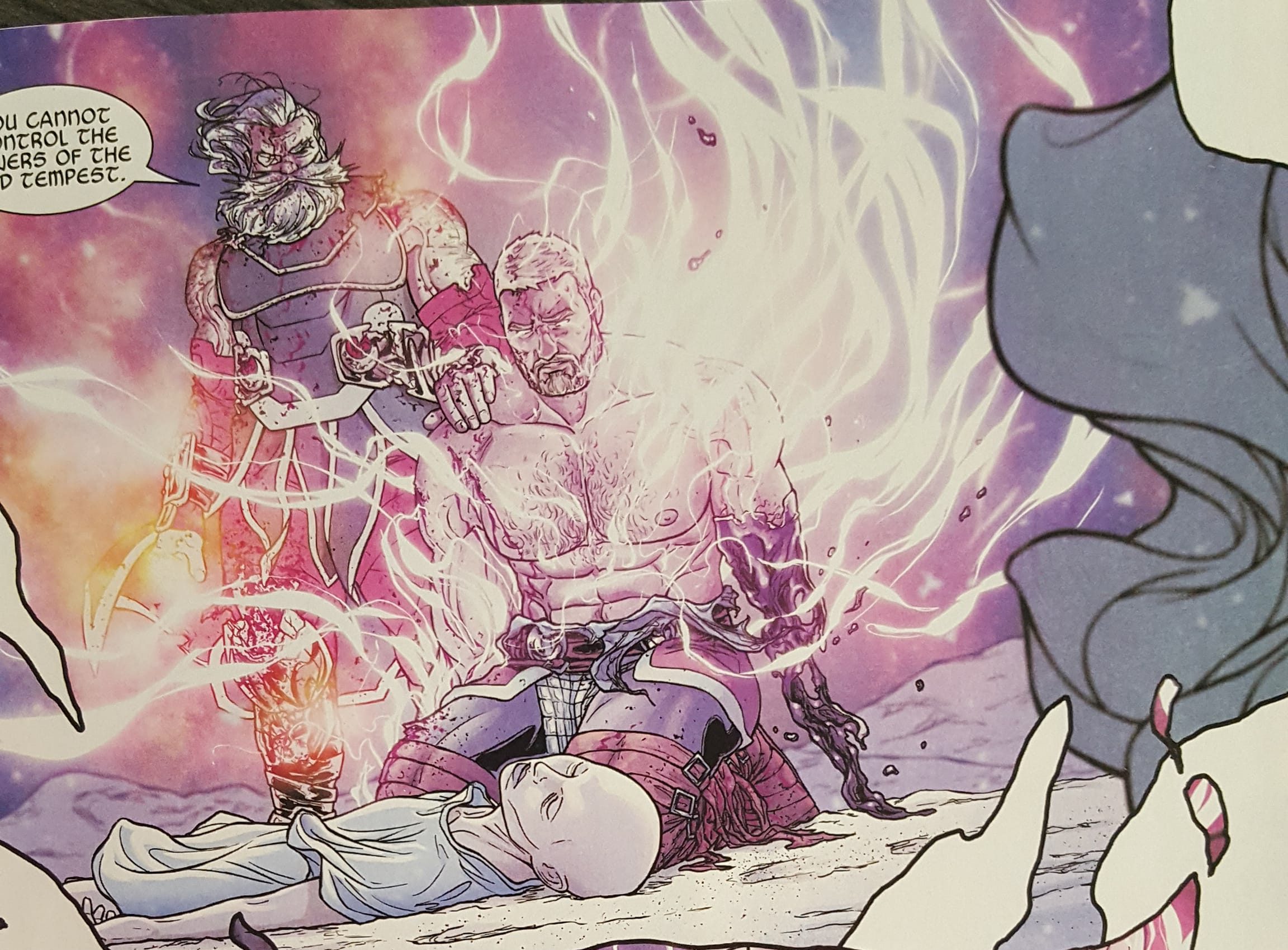 And that’s how Thor loses his arm. In an attempt to resurrect Jane Foster, he channels the God Tempest. The power is too strong for him and melts off his left arm.