Doctor Strange Damnation has been a fun little miniseries from writers Donny Cates and Nick Spencer and artists Rod Reis and Szymon Kudranski. I’ll be honest I didn’t get all the tie-in books, but the core series has been enjoyable and I really enjoyed the Johnny Blaze one-shot.

In Doctor Strange Damnation #4, Wong’s master plan is revealed to not only us as the readers, but to Mephisto, and Wong’s own Midnight Sons. The Midnight Sons consist of Blade, Elsa Bloodstone, Man-Thing, Iron Fist, Moon Knight, Doctor Voodoo, the Scarlet Spider, and Johnny Blaze. They have been doing battle against Mephisto’s Ghost Riders which are former Avengers including Captain Marvel, Jane Foster Thor, Black Panther, and others.

Mephisto is winning. He’s pushing the Midnight Sons to the brink. They are outmatched. But just as when all hope is lost. Wong plays his trump card. Johnny Blaze. Blaze took control of Hell, while Mephisto was distracted attempting to collect souls in Las Vegas. With Blaze now the ruler of Hell, he turns the Ghost Riders on Mephisto. It also frees Doctor Strange of Mephisto’s control.

But Mephisto won’t be so easily defeated. He sends Wong to Hell. But once again this is actually part of Wong’s plan. He’s able to outsmart Mephisto. With Wong visiting Johnny Blaze in Hell, the Midnight Sons attempt to take down Mephisto in the land of the living. Mephisto seems to be getting the upper hand, but Wong’s visit with Johnny Blaze is able to turn the tide. Blaze empowers Doctor Strange with the souls of the Avengers. 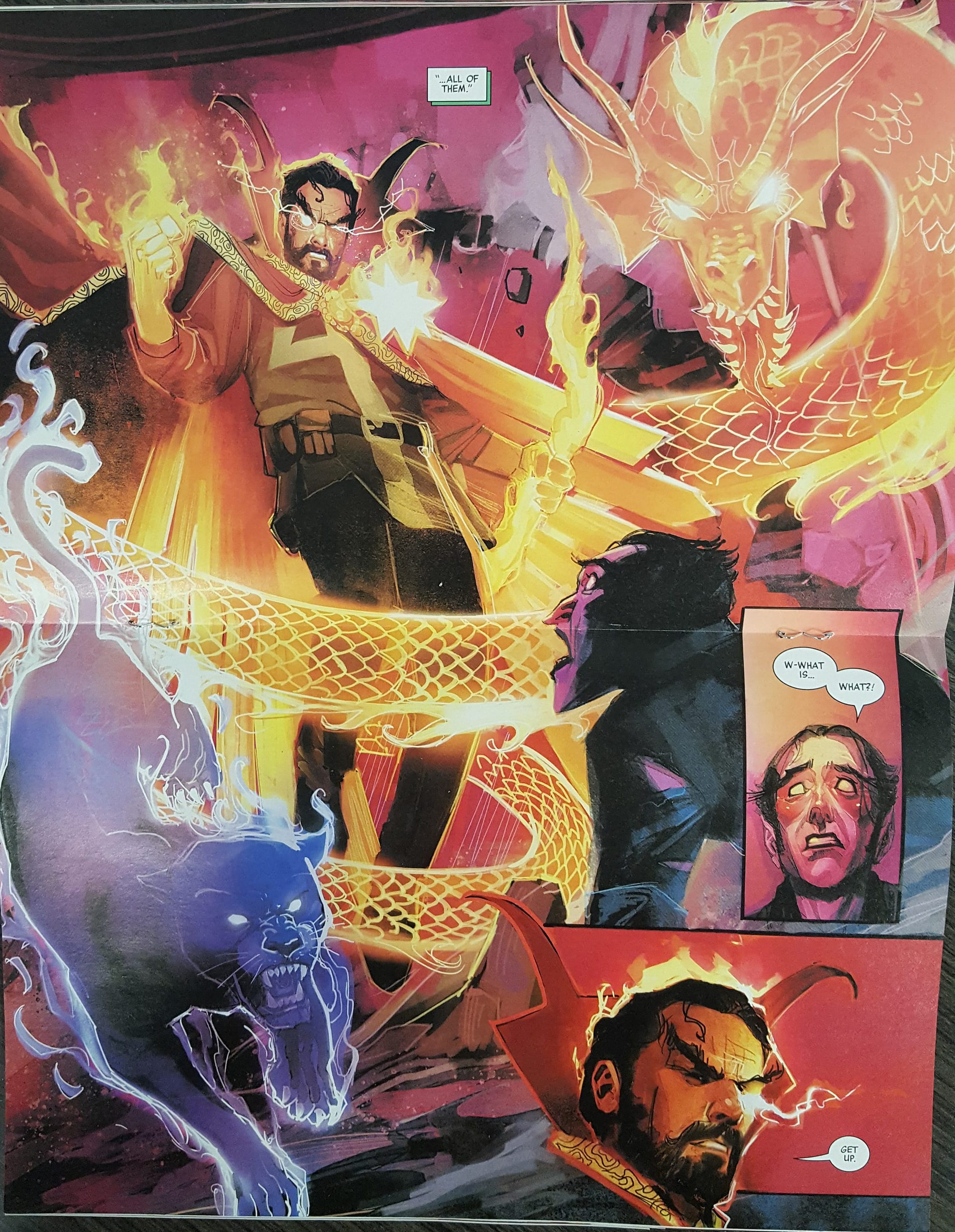 With the power of the Avengers souls, Doctor Strange is turned into an Avenger God as Moon Knight aptly describes him. 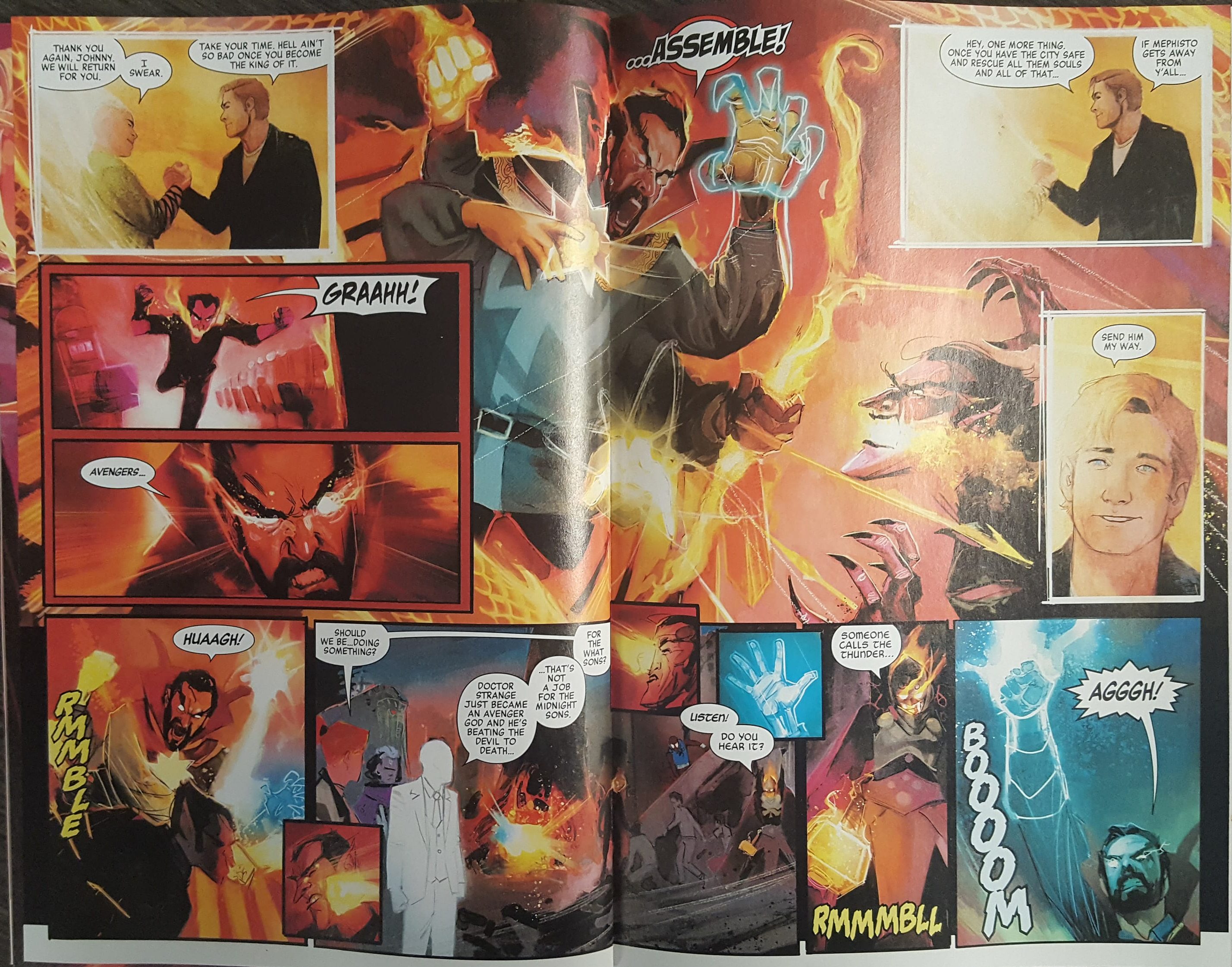 The Avenger God status wouldn’t last, but it would allow Doctor Strange to easily defeat Mephisto and send him slinking back to Hell where he would come face to face with some very familiar faces.

I have to give my hat to Donny Cates, Nick Spencer, Rod Reis, and Szymon Kudranski. This was a fun, entertaining read. It showcased some of Marvel’s characters who haven’t gotten the love they deserve in recent years. It had a great mix of humor, action, and just really cool big ideas. Marvel needs to make more books like this one. Keep it up!

And now you know just how powerful an Avenger God and how they can be created!