**Warning Spoilers for The Mighty Thor #706 Below**

Marvel Comics and the creative team of writer Jason Aaron, artist Russel Dauterman and colorist Matthew Wilson didn’t waste any time whatsoever bringing Jane Foster back from the dead. In the last issue Foster sacrificed herself and the powers of Thor to defeat the Mangog. She used chains “forged by the dwarves of Nidavellir to bind the monster Fenris until the day of Ragnarok.” She then attached Mjolnir to the chains and sent the beast flying into the sun, seemingly destroying Mangog and Mjolnir in the process.

Without Mjolnir granting her the powers of Thor, she reverts to her human form which is ravaged by cancer. The exertion of the battle and the cancer would kill her. However just one issue later, Aaron and company have brought Jane Foster back to life.

Thor Odinson is beside himself. He refuses to let Jane Foster die and attempts to harness the power of the God Tempest to use its energy to bring her back to life. Meanwhile Jane Foster is on the doorsteps of Valhalla, but she refuses to enter believing her story in the land of the living is not done. She convinces Odin that she still has more to do in the land of the living. Odin believes her and joins Odinson in harnessing the God Tempest. The two are able to bring Jane Foster back to life using the God Tempest like a defibrillator. 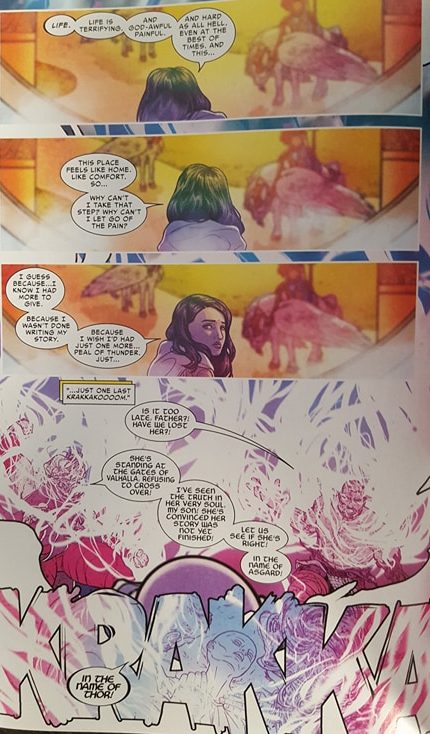 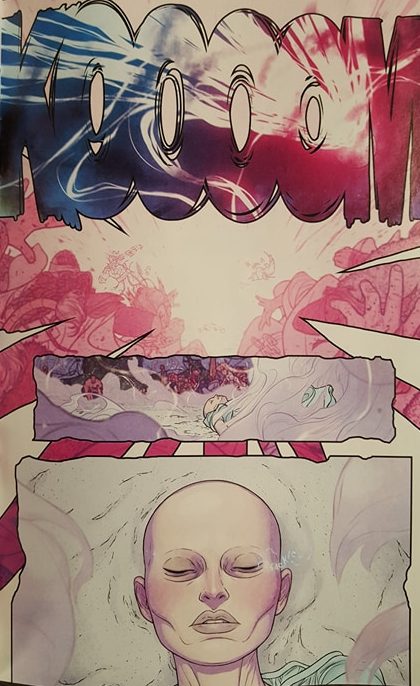 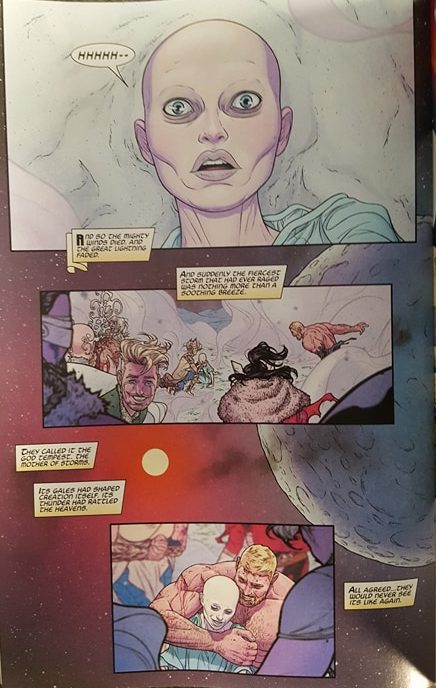 Interestingly enough, Foster’s cancer is still ravaging her body. Despite, dying she is still having to undergo chemotherapy. Apparently the powers of the God Tempest still pale in comparison to cancer.

While I think it was a little quick to revive Jane Foster after an honorable death. The overall story was well written with some above average artwork from Russell Dauterman. It was one of the more well-written stories with true emotions being showcased that make you feel for these characters. You can feel Odinson’s pain at the loss of Jane Foster. You can see Odin’s own rage and sense of betrayal. But you also see him come to terms with how his rage controlled him. There’s also triumph and jubilation at achieving success and resurrecting Jane Foster.