Keanu Reeves’ John Wick franchise is steaming ahead after the wild success of John Wick which brought in a worldwide gross of over $88 million on just a $20 million budget. The second film, John Wick: Chapter Two, would bring in over $171 million in worldwide gross.

The third installment is already underway with John Wick: Chapter 2 director and John Wick co-director Chad Stahelski returning for the third movie. The third installment will see Keanu Reeves in New York City, where he will have to fight to stay alive without any of the Continental resources.

Here’s the official synopsis from CinemaCon courtesy of Collider:

“John Wick (Keanu Reeves) is on the run for two reasons… he’s being hunted for a global $14 million dollar open contract on his life, and for breaking a central rule: taking a life on Continental Hotel grounds. The victim was a member of the High Table who ordered the open contract. John should have already been executed, except the Continental’s manager, Winston, has given him a one-hour grace period before he’s “Excommunicado” – membership revoked, banned from all services and cut off from other members. John uses the service industry to stay alive as he fights and kills his way out of New York City.”

Along with the synopsis we also got a look at a promotional poster. 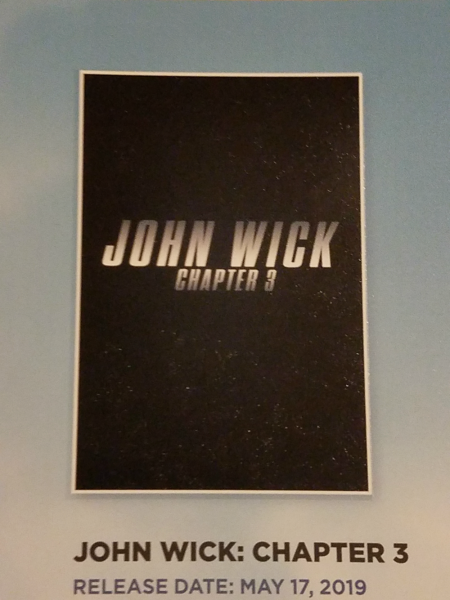 John Wick: Chapter 3 is expected to hit theaters on May 17, 2019. There is also a live action series in development at Starz called The Continental, which was announced in January of this year. The show is expected to see Keanu Reeves’ Wick appear on the show at some point, but will focus on the inner workings of the Continental Hotel which acts as a refugee for the premiere assassins of the world. Stahleski will also direct the premiere episode of the TV show.