The Parliament of Trees is Calling

Swamp Thing is one of the coolest and most unique comic book heroes ever. The Avatar of the Green, the living embodiment of the Parliament of Trees. A protector of all things Natural. A god made of Earth. Alec Holland is the original botanist who was turned into something more. A wonderful story of a character created by the late Len Wein and Bernie Wrightson. Many fans have been hoping the character would find his way to the big screen by way of DC Films’ Justice League Dark movie. Now, it turns out the Swamp Thing will be debuting a little sooner than that.

Today, DC announced a brand new Swamp Thing live-action series to be released in 2019. The series will be released exclusively on their new digital streaming service, DC Universe. Swamp Thing will be produced by Warner Bros. Television and Aquaman director James Wan‘s Atomic Monster. The series will be produced by Wan along with Mark Verheiden, Gary Dauberman and Michael Clear.

Swamp Thing is one of a few projects DC is putting together for their new streaming service. Fans already know about Titans, and the backlash that series recently faced for their costumes. It also joins the R-Rated Harley Quinn animated series and the animated Young Justice Outsiders series. Hopefully, that makes the studio more self aware about its future projects. But there’s quite a few details that make Swamp Thing so unique. 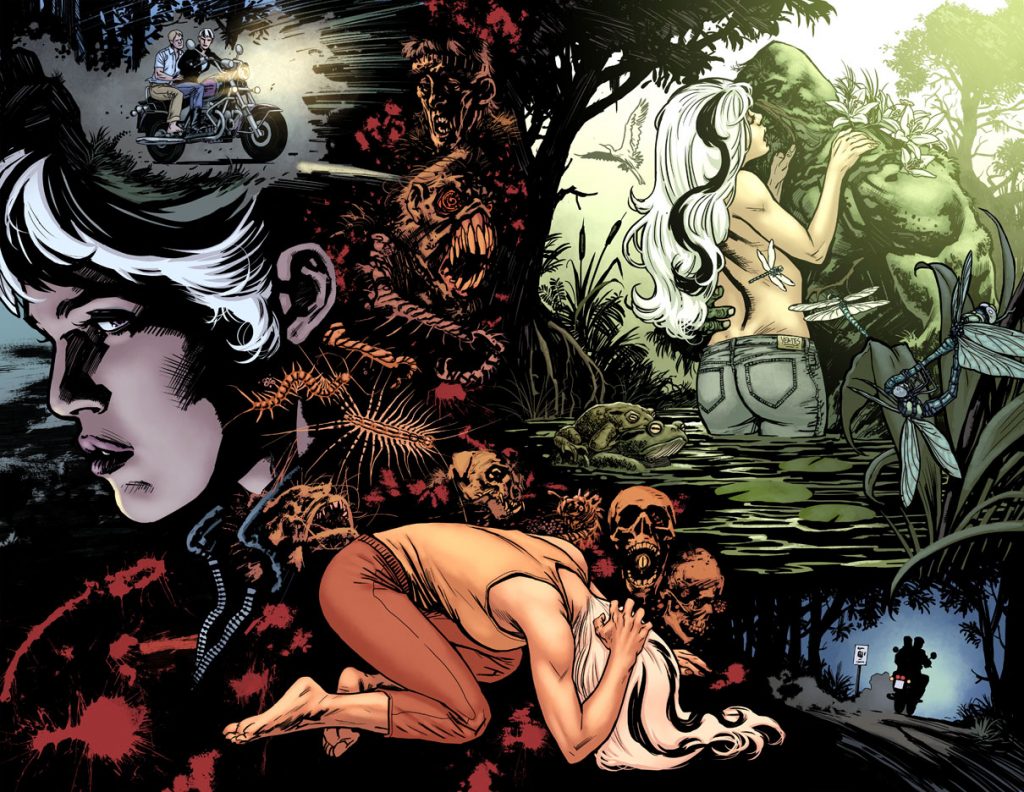 Fans want their comic book heroes to sound, act and look like themselves. Sometimes a great superhero movie doesn’t need every one of those, but just at look at how committed Marvel is to bringing their characters to life. By the sound of the logline, Swamp Thing is going to closely resemble the comic from which it originates.

“When CDC researcher Abby Arcane returns to her childhood home of Houma, Louisiana, in order to investigate a deadly swamp-borne virus, she develops a surprising bond with scientist Alec Holland — only to have him tragically taken from her. But as powerful forces descend on Houma, intent on exploiting the swamp’s mysterious properties for their own purposes, Abby will discover that the swamp holds mystical secrets, both horrifying and wondrous — and the potential love of her life may not be dead after all.”

As any Swamp Thing fan knows, that is exactly the story and bond between those two characters. But, hopefully this doesn’t turn the story into a Young Adult Romance Novel. Being the niece of Anton Arcane does make Abby a difficult love choice for Alec, but that shouldn’t always be the focus of the story. Unrequited love is an old story. But the presence of James Wan should add some prestige. The director is bringing Aquaman to the big screen later this year. It sounds like the studio is happy with his work and is bringing him onto other projects.

It also speaks to Wan’s love of DC that he’s looking to help multiple characters come to life. With the touch of horror that Swamp Thing requires, James Wan is the perfect choice to help him emerge from the depths of the Swamp.