**Warning Spoilers for Avengers #1 Below**

Marvel’s Fresh Start Initiative has finally launched with Avengers #1 by writer Jason Aaron with pencils by Ed McGuinness, inks by Mark Morales, and colors by David Curiel and the new story reveals a cosmic entity the Avengers will have to battle.

The story follows up on Marvel’s Marvel Legacy #1 which was also written by Jason Aaron with artwork by Esad Ribic and Steve McNiven.

Marvel Legacy introduced the 1,000,000 BC Avengers team which takes down a weakened Celestial. 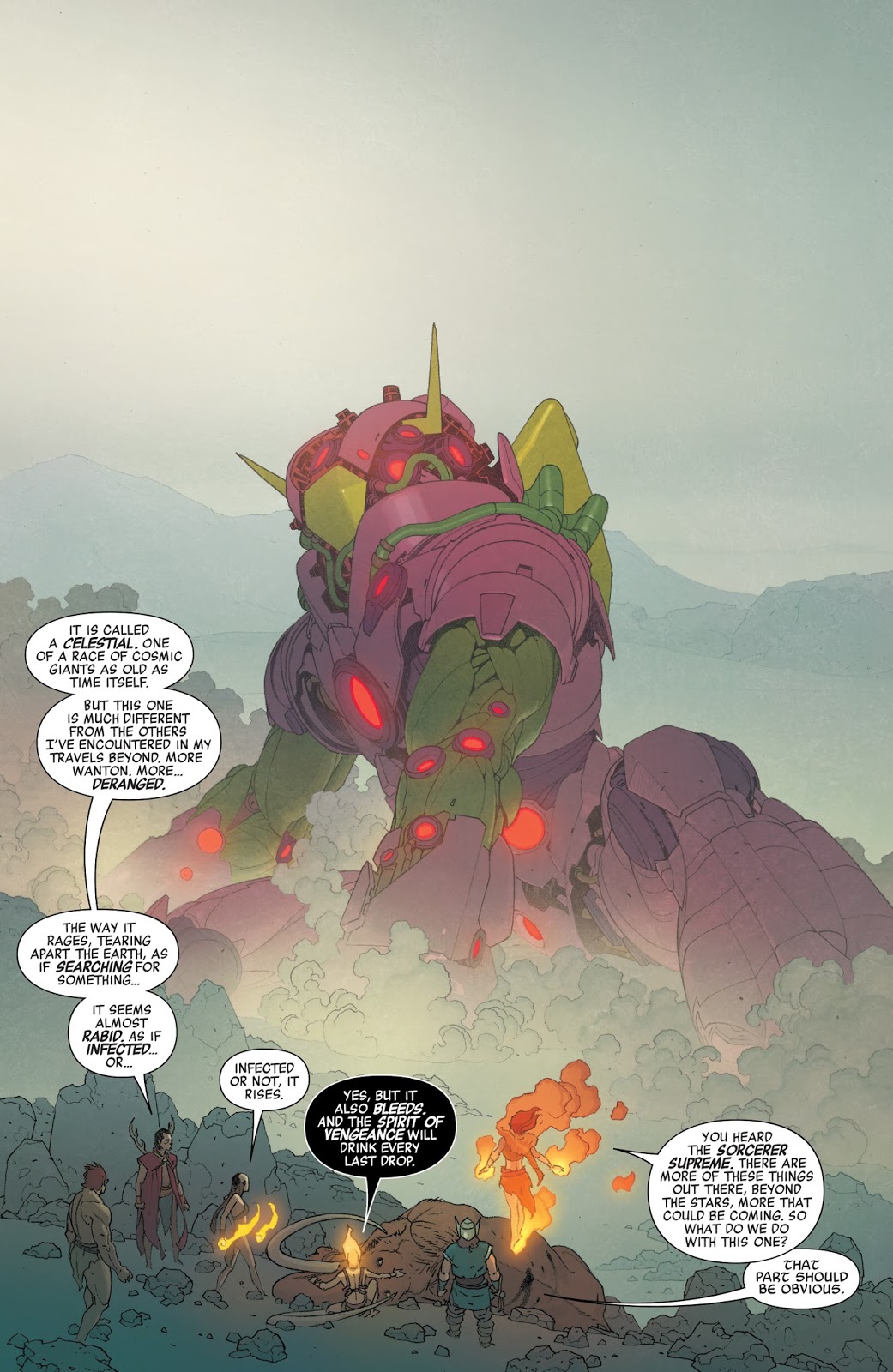 However, as revealed in Avengers #1 their actions apparently summon an army of Celestials to attack Earth. 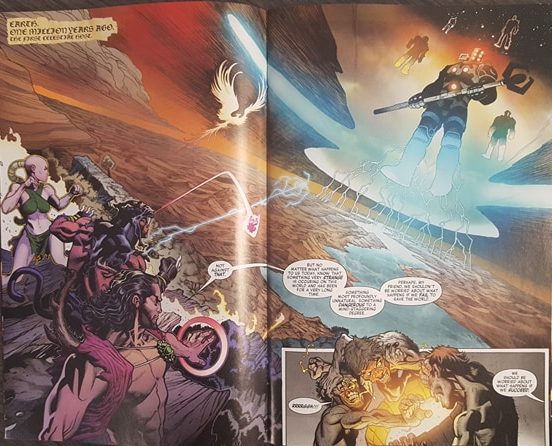 It’s unclear what the result of the ensuing battle is, but there is at least one celestial who is buried in the The Great Karoo Region of South Africa. Going back to Marvel Legacy #1 we know Loki knows of this Celestial and goes to awaken it after his plan to capture the Soul Stone is foiled by a resurrected Wolverine. 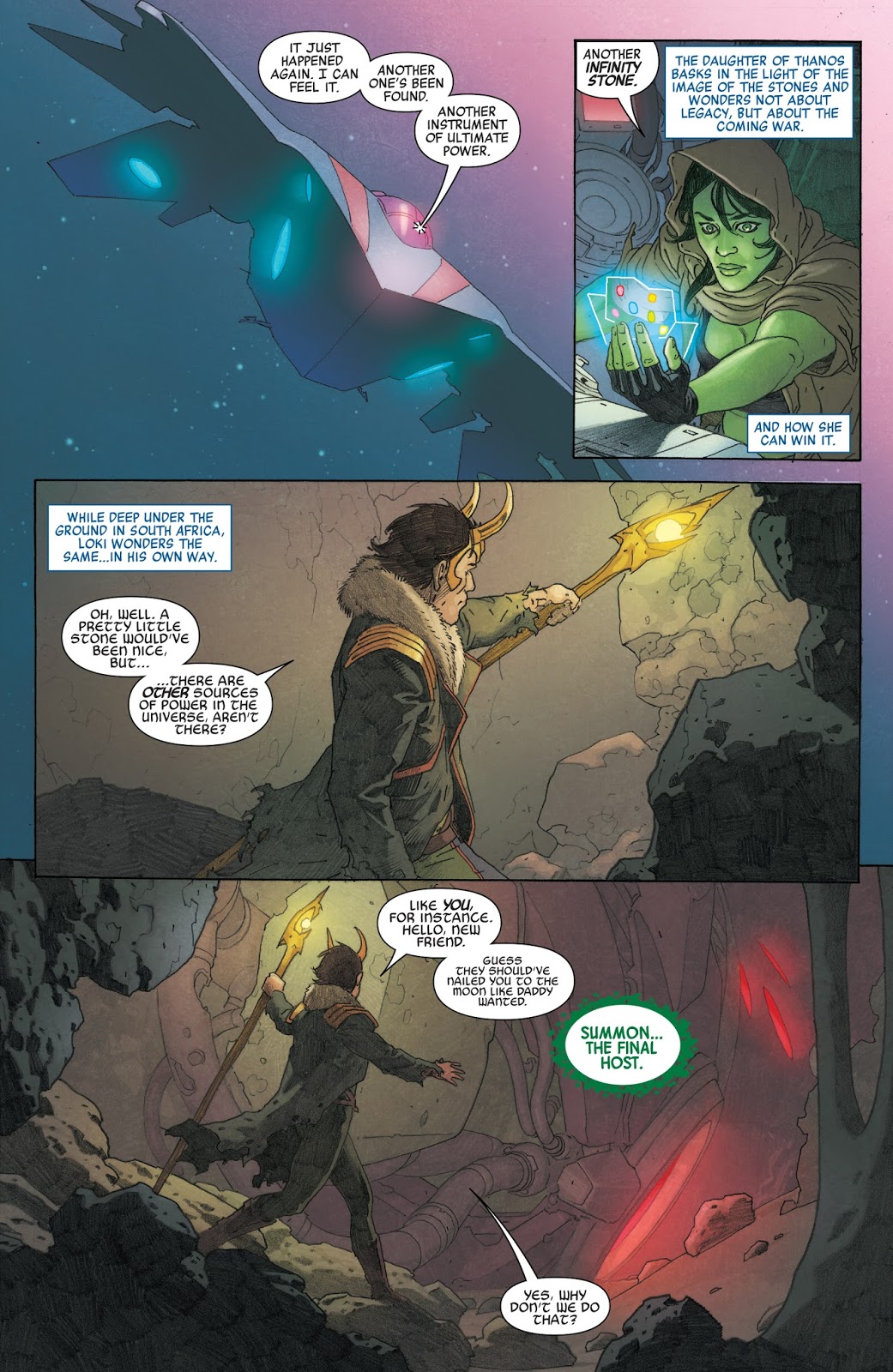 Loki seemingly awakens the Celestial being whereupon it plans to summon something called The Final Host. And if you notice the Avengers #1 splash page above you’ll see the original Celestial army was called the First Celestial Host.

And that’s exactly who the Avengers next cosmic threat is, the Final Host. It’s still unclear what they are, but they appear to be Celestials in nature. But they also have some kind of bug creatures that do their bidding. 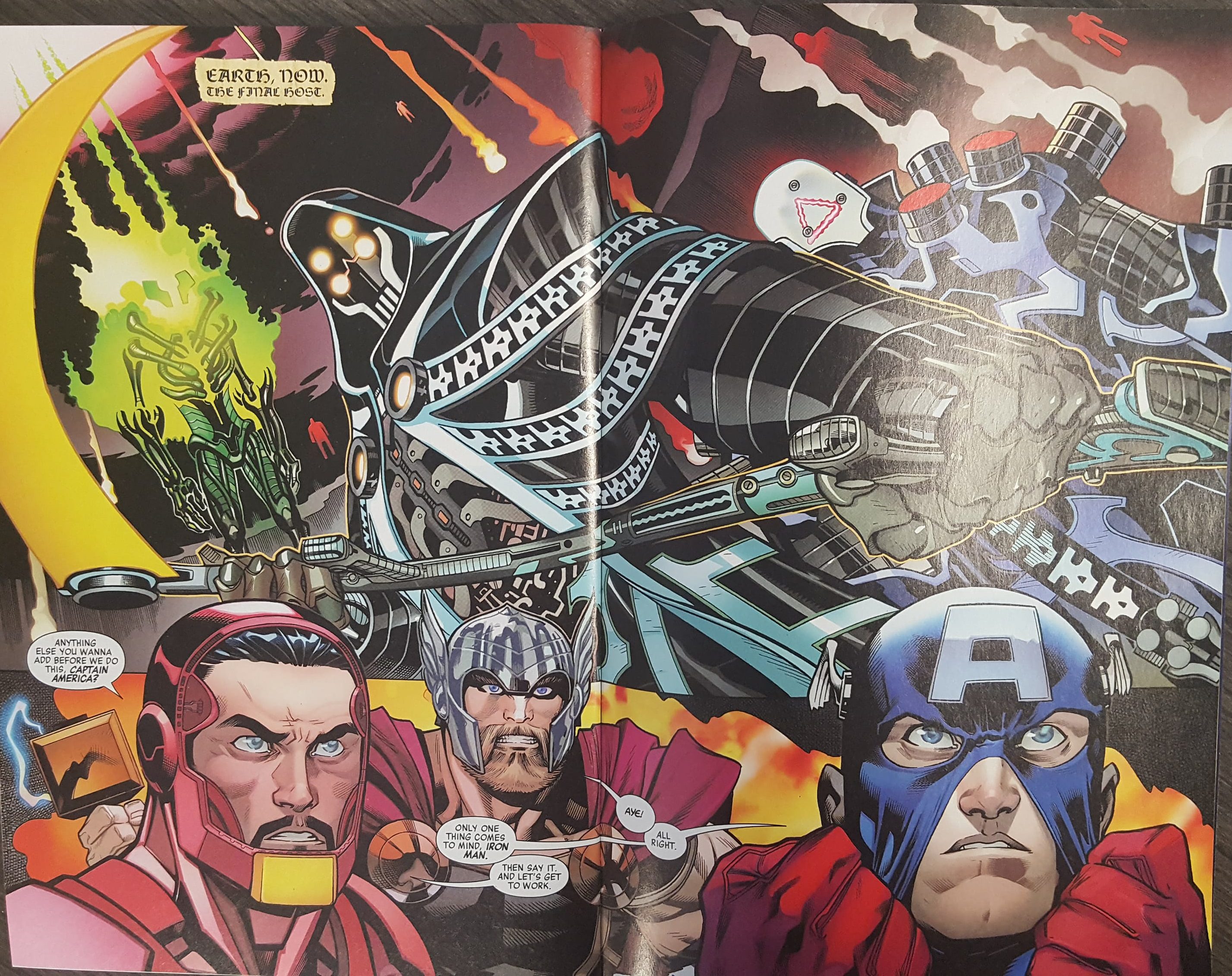 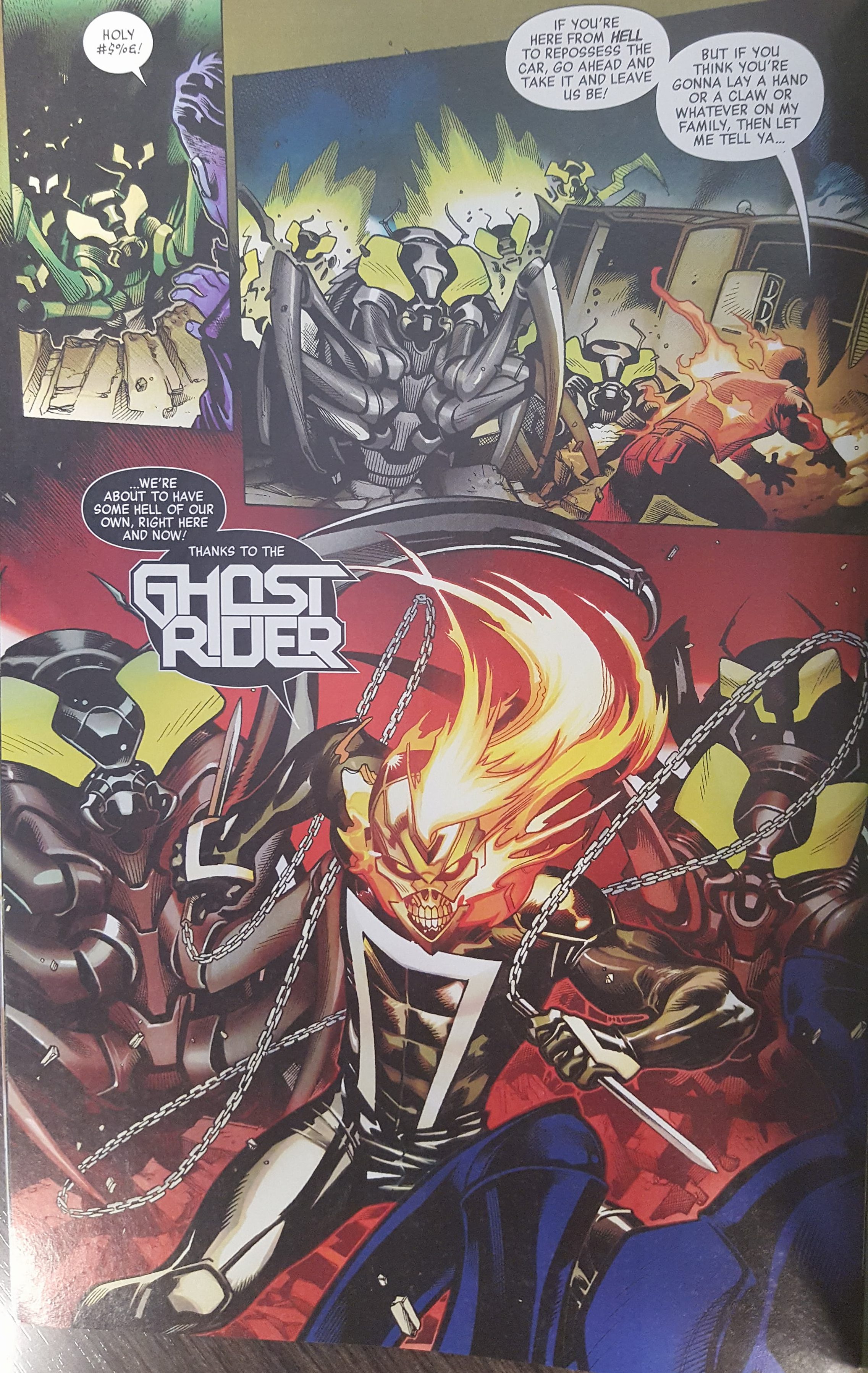 They appear to have spawned from these pods near the fallen Celestial in South Africa. 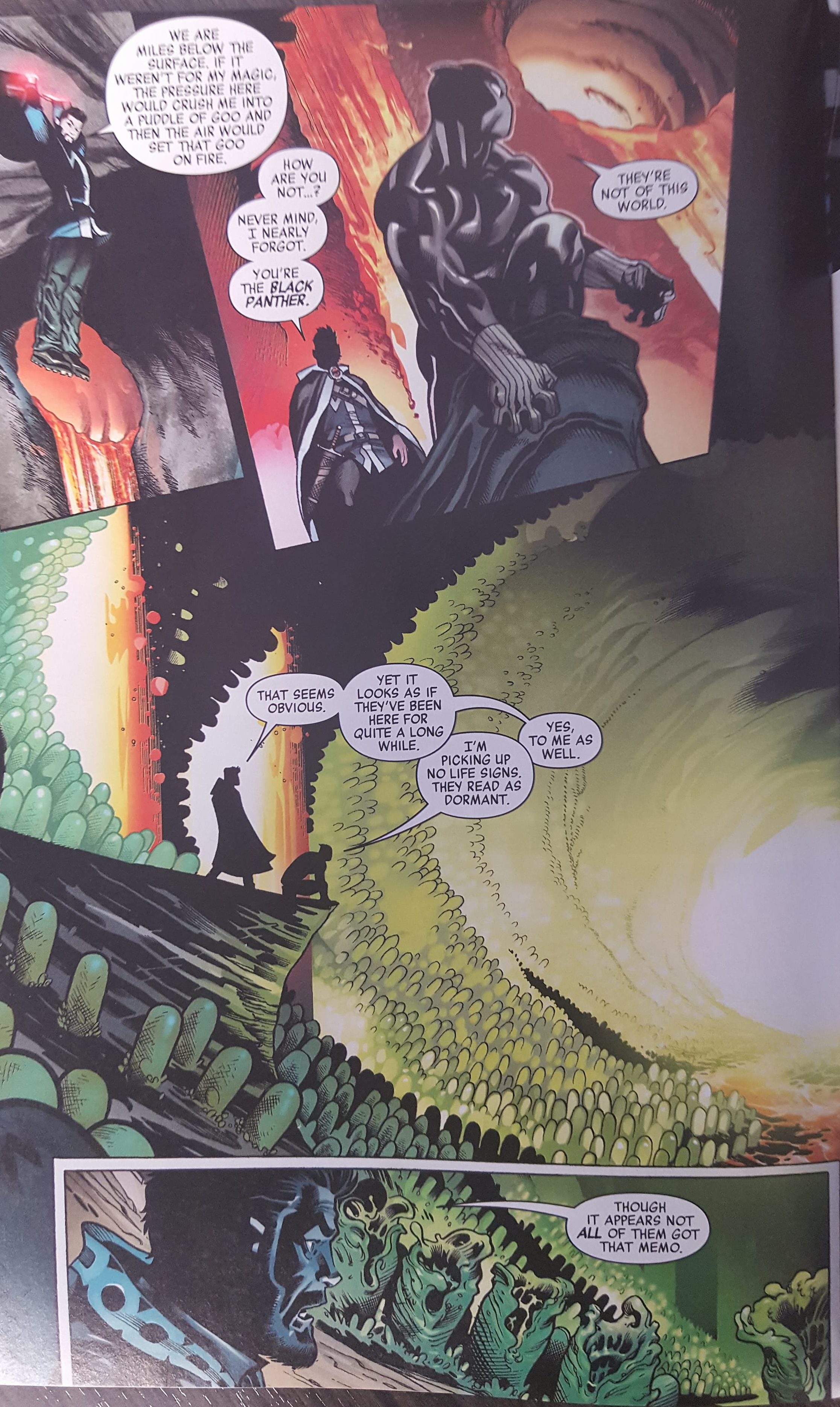 And if you thought these bug like creatures and The Final Host look like pushovers, well it appears they might actually have the ability to kill other Celestials. Probably, the most bizarre part of this entire story is the fact that dead Celestials are being teleported to Earth and acting like meteors as their numerous dead bodies bombard the planet. 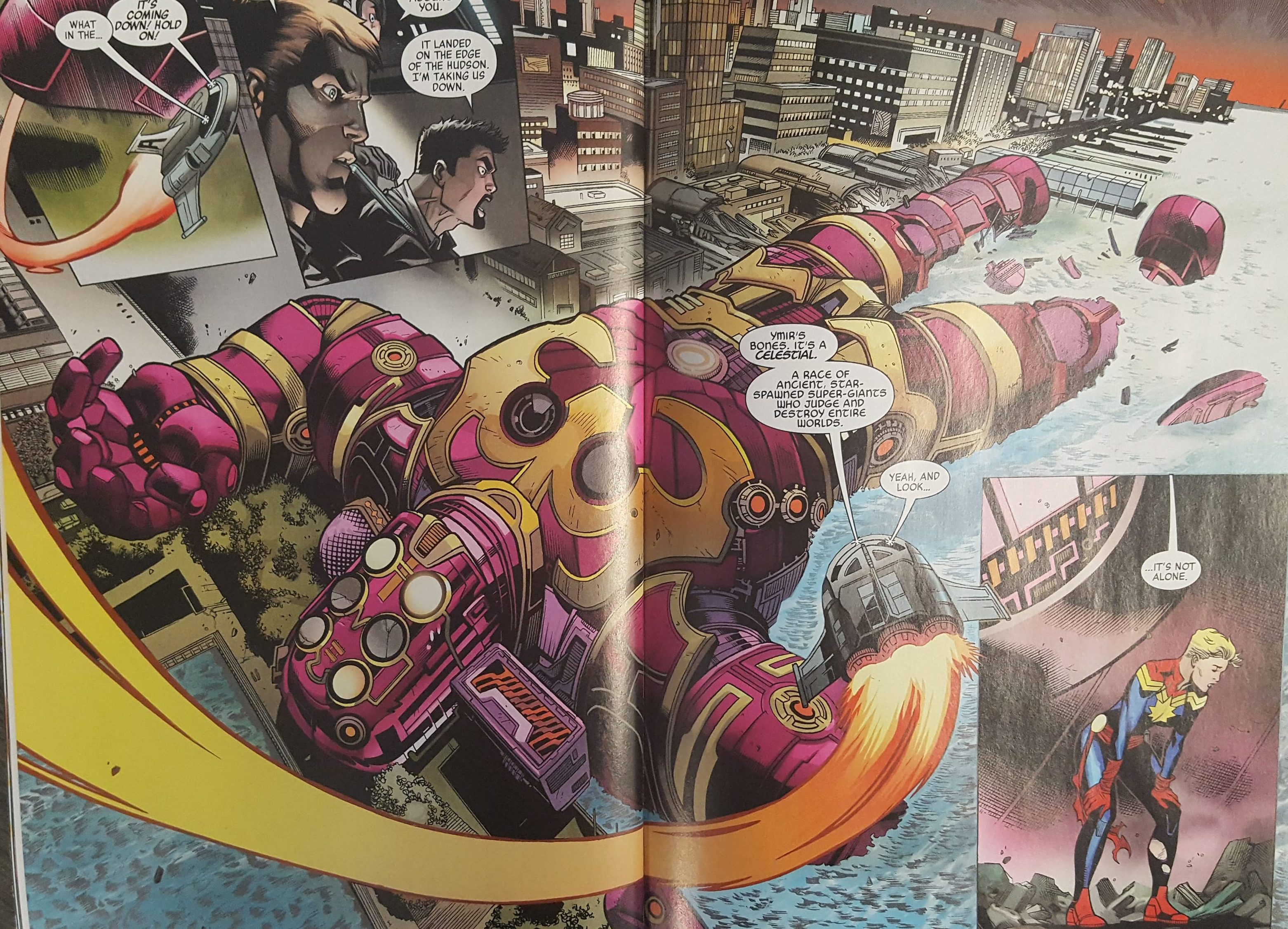 What’s even more interesting is this storyline possibly ties in to the current Infinity Countdown series where the hunt for the Infinity Stones is underway. But is The Final Host an actual villain? In the pages of Marvel Legacy, Loki actually claims he’s “Here to save the world.” While his plans to get the Space Stone were thwarted he appeared to have awakened The Final Host as a source of power to supposedly achieve his ends to save the world.

Could the Avengers actually be fighting a force that could prevent the outcome seen in Infinity’s End? 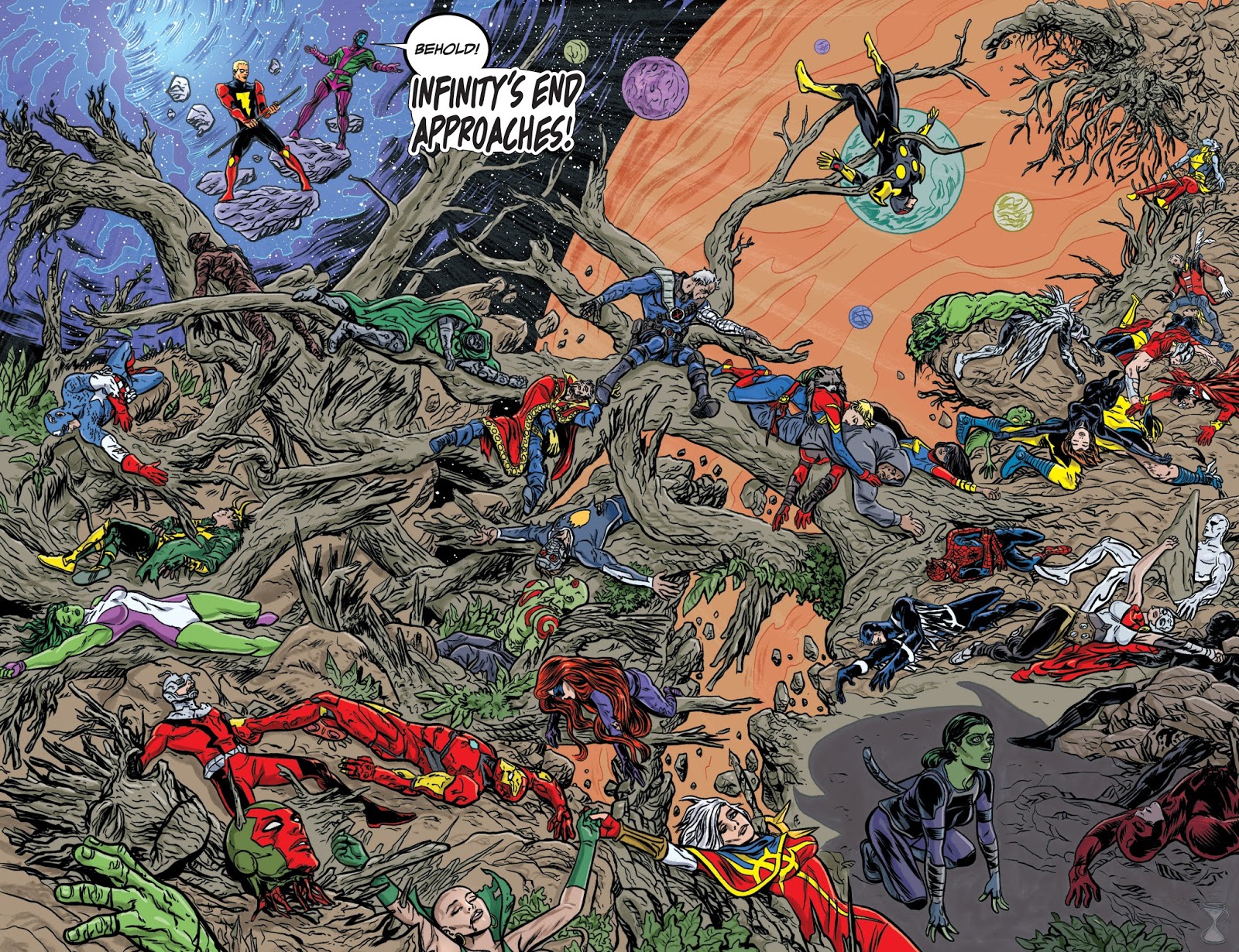