Marvel Comics announced a brand new Cable and Deadpool Annual that will be written by David F. Walker with art by Paco Diaz and others.

The book will see Deadpool get a brand new job. But in order to accomplish the job, he needs help from Cable. Deadpool must track down a woman through time and he believes it just a standard rescue mission. However, time traveling villains are not to be underestimated and while tracking down this woman, Deadpool might actually end up destroying the timestream and the Marvel Universe! Fortunately, he’s going to get help from Cable who is the only hope for preventing those disasters from happening! 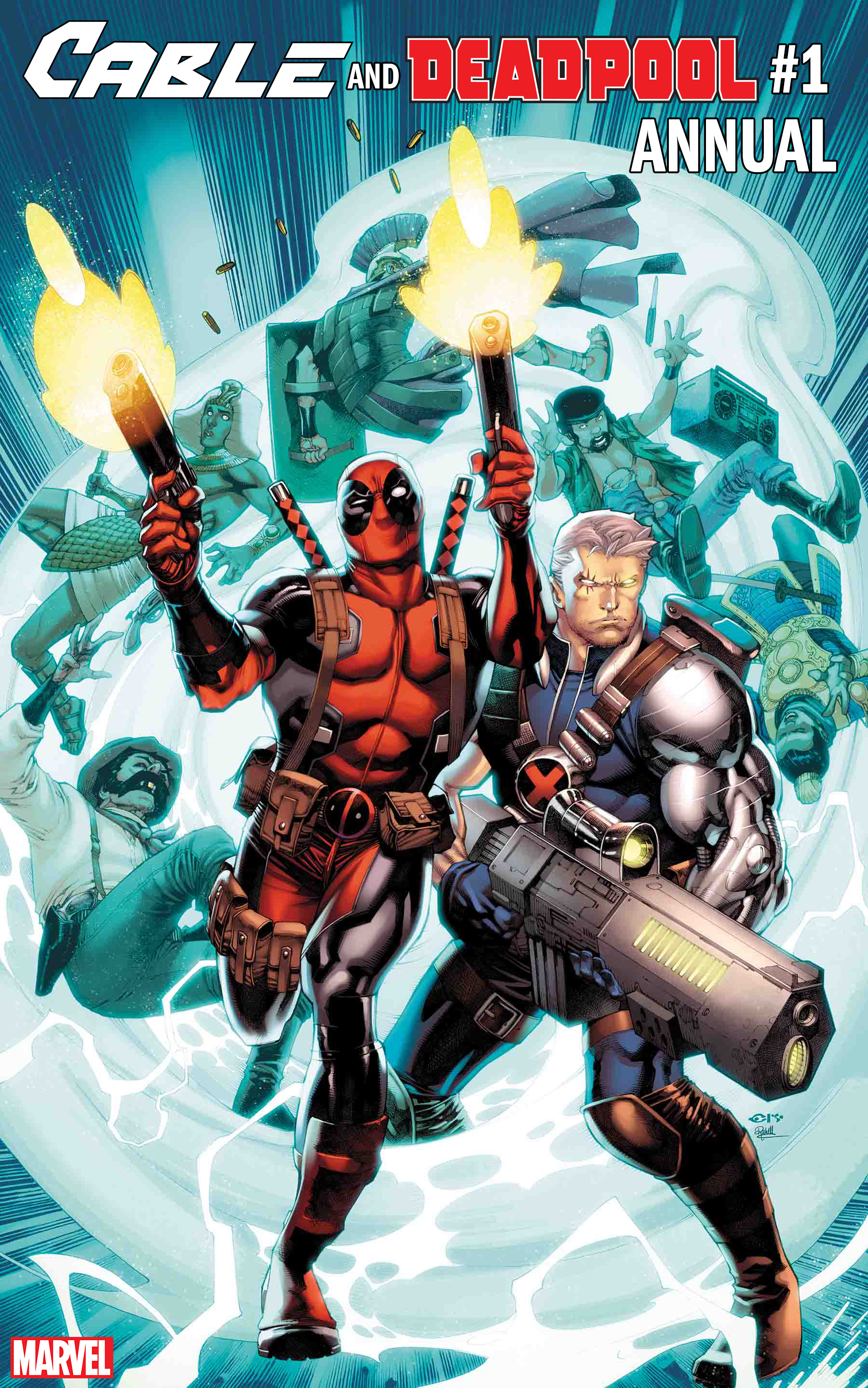 Based on the cover art it appears Cable and Deadpool will be traveling to a number of different time periods including ancient Egypt, the Roman Empire, medieval Japan, America in the 1980s, and even the Old West!

I’ll be honest, I’m not a big Deadpool fan, but of the Deadpool stories I have read, the best ones are when Deadpool and Cable are traveling through time and causing mayhem and havoc in the time stream. I’ll definitely be checking this out and maybe we’ll even get an ongoing series out of it. I’d love to see some more fun, whacky, and crazy time traveling stories with the Merc with a Mouth.

Cable and Deadpool Annual #1 hits stores on August 15, 2018. It will feature a cover by Chris Stevens.