Marvel Comics, Jason Aaron, Jen Bartel, and Ramon Perez just revealed a brand new event that Marvel will be rolling out sometime next year called “War of The Realms.” They made the announcement in this week’s The Mighty Thor at the Gates of Valhalla #1 which comes out before Thor #1 in June.

This book was broken into two separate stories, but both of the stories provide clues as to what we can expect in the “War of The Realms.” The first story features Thor’s three grandchildren, Frigg, Ellisiv, and Atli as they go on a time traveling quest to meet Jane Foster.

Throughout their time traveling journey they travel to 1,000,000 B.C., the 26th Century, and into the future where Grandfather Thor is fighting Loki, who is supposed to be dead. It appears Loki is alive and well and he’s actually killing Grandfather Thor. 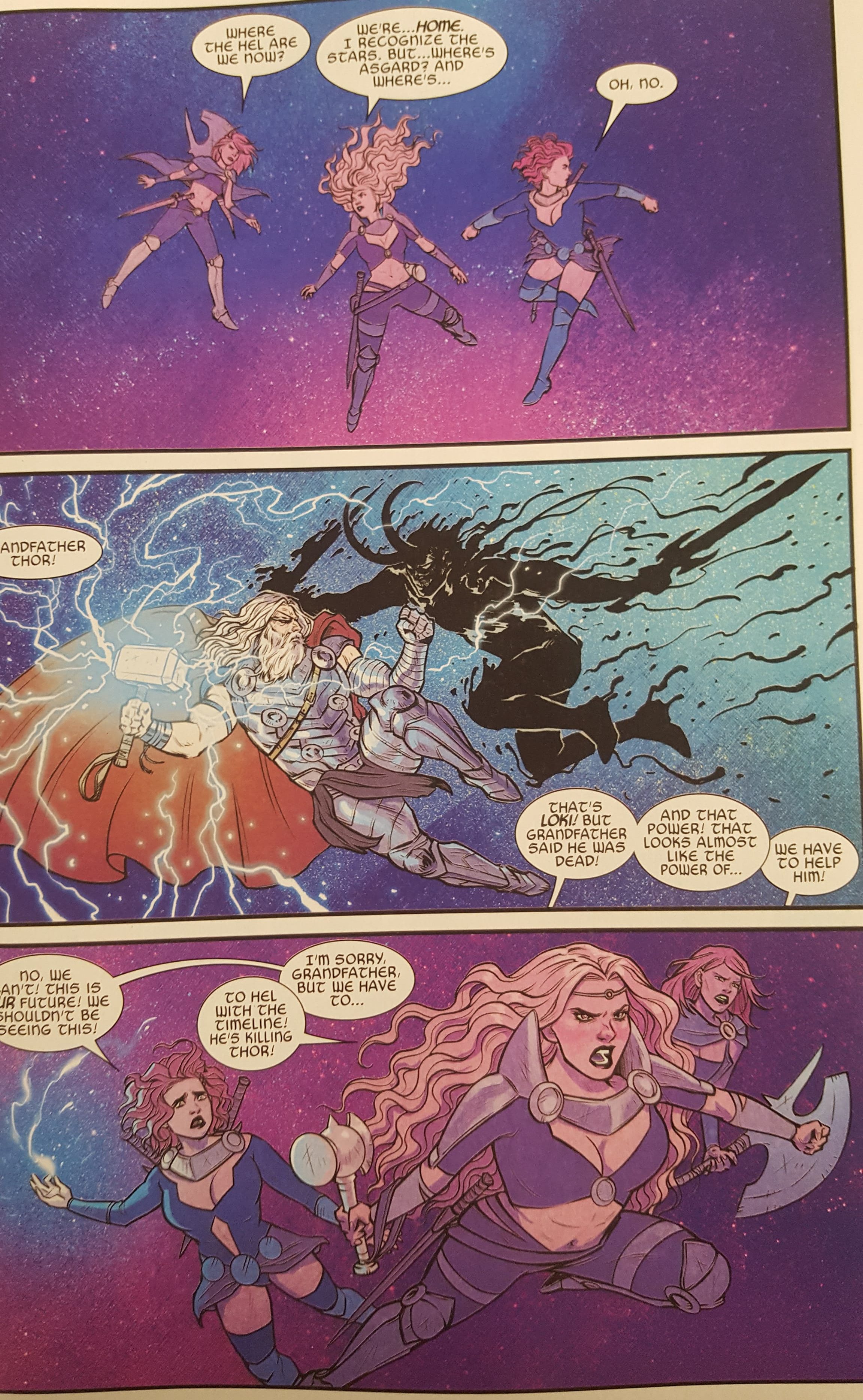 The three sisters eventually run into Jane Foster, who is about to enter the Maria Wheelock Cancer Center at the McCarthy Medical Institute to undergo cancer treatment. There’s some chitchat and the girls give Jane Foster a ride using one of their hammers. However, it’s once they return back to their own timeline and Asgard that they mention the War of the Realms and Jane Foster’s role in it. “I just wish we could’ve told her. About what’s coming. About the War of the Realms,” says Frigg. Ellisiv then elaborates on Jane Foster’s role, “You know we couldn’t. Especially given the role she’ll play in it. No, I’m afraid Jane Foster will have to learn just like everyone else…” 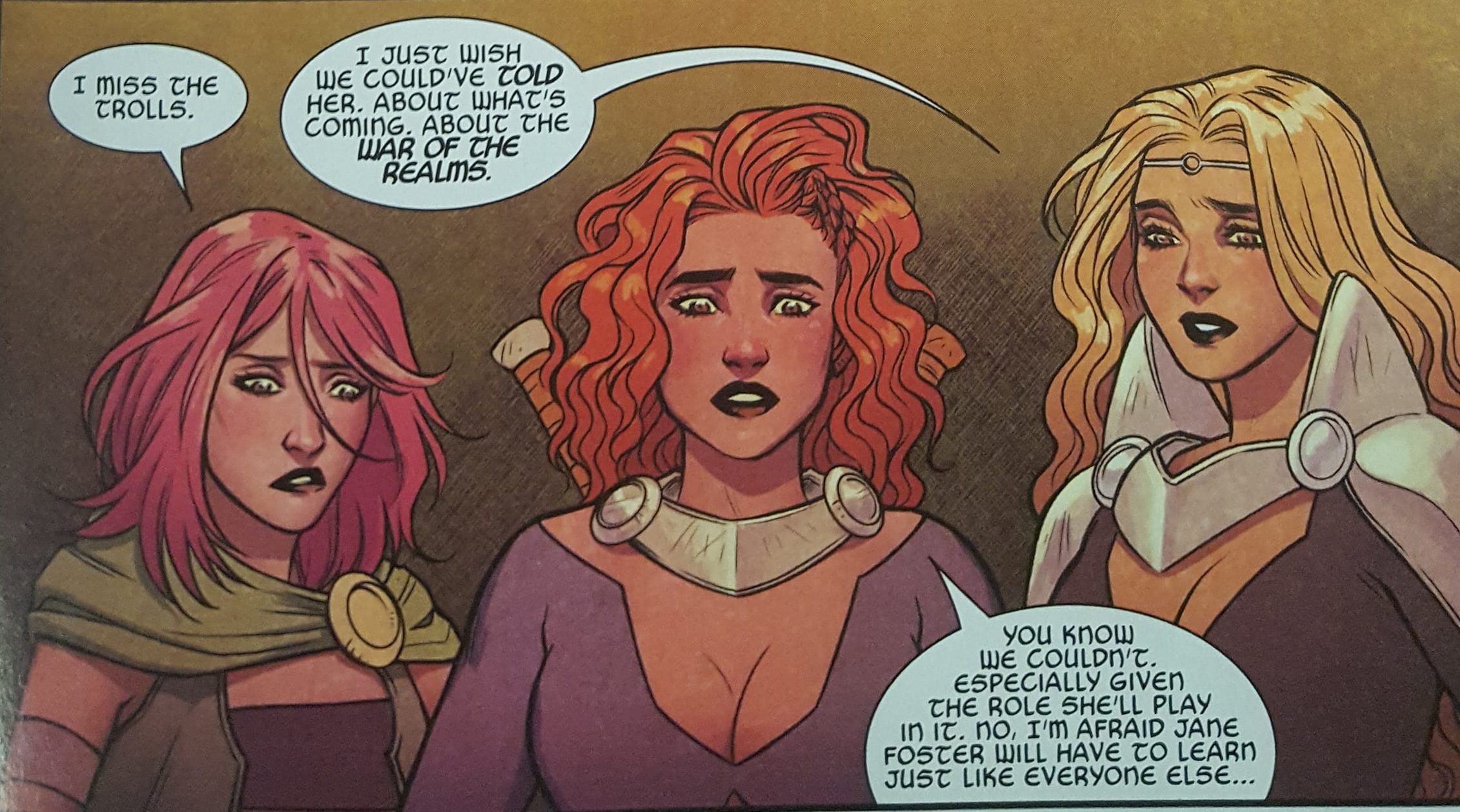 The next story would elaborate on what exactly the War of Realms will be. The story would feature Malekith as he travels across the Nine Realms using his Black Bifrost. He aids his ally in Nidavellir, Jotunheim, Muspelheim, Niffleheim, and Vanaheim. We see Malekith ally himself with the Queen of Cinders in Muspelheim and uses her forces to conquer Niffleheim. He uses his own army from Svartalheim to conquer Nidavellir. In Vanaheim, Malekith has allied him with the Roxxon Corporation as they do battle against the inhabitants and operate a massive logging operation. Malekith would then travel to Alfheim where he has instilled terror in the local population and he secures an alliance with Heven by unleashing the Mangog to destroy Asgardia. 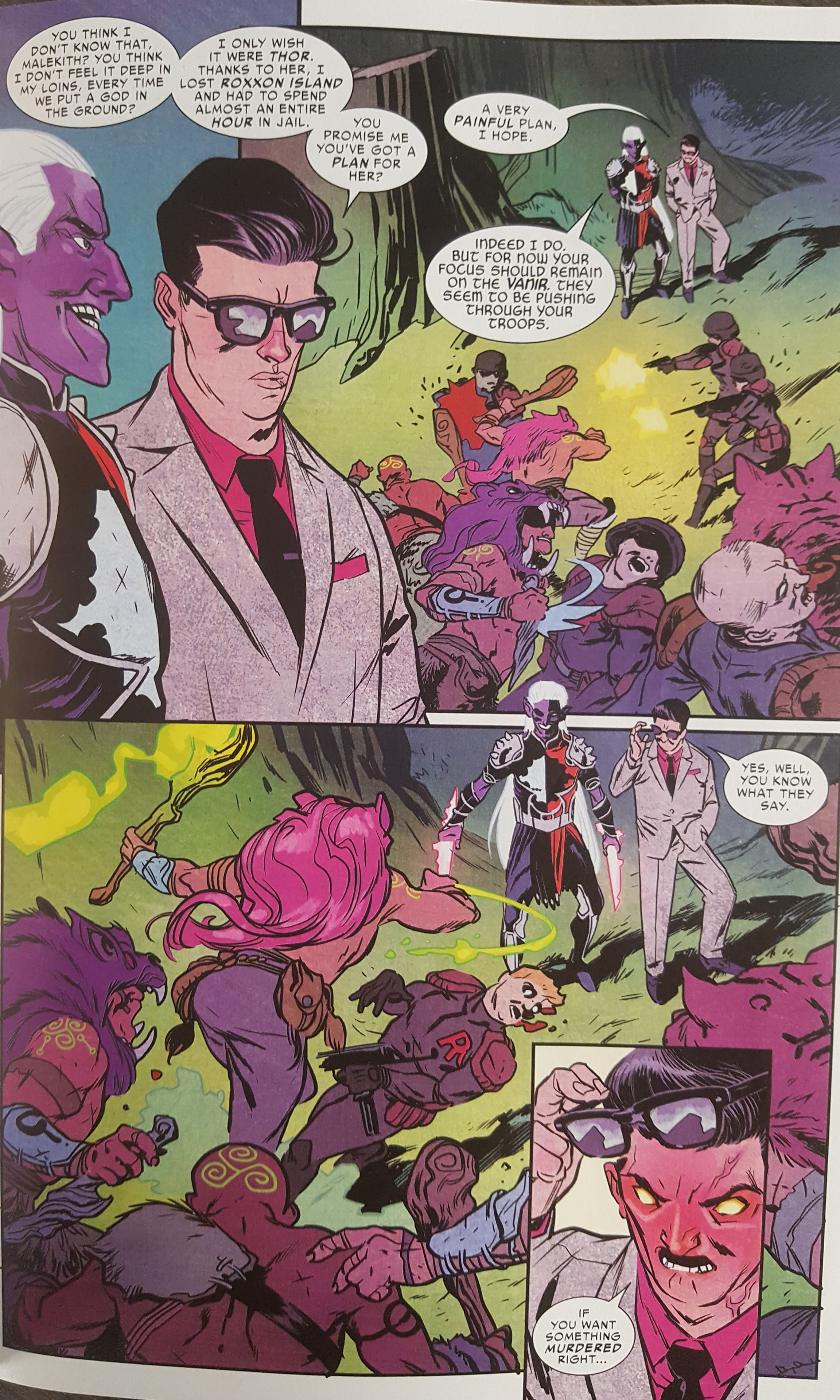 As the story comes to a close. Malekith visits Earth and promises, “I will bring the realms to them! All the horrors I have to offer! The War of the Realms is coming, you mewling mortal infants!” 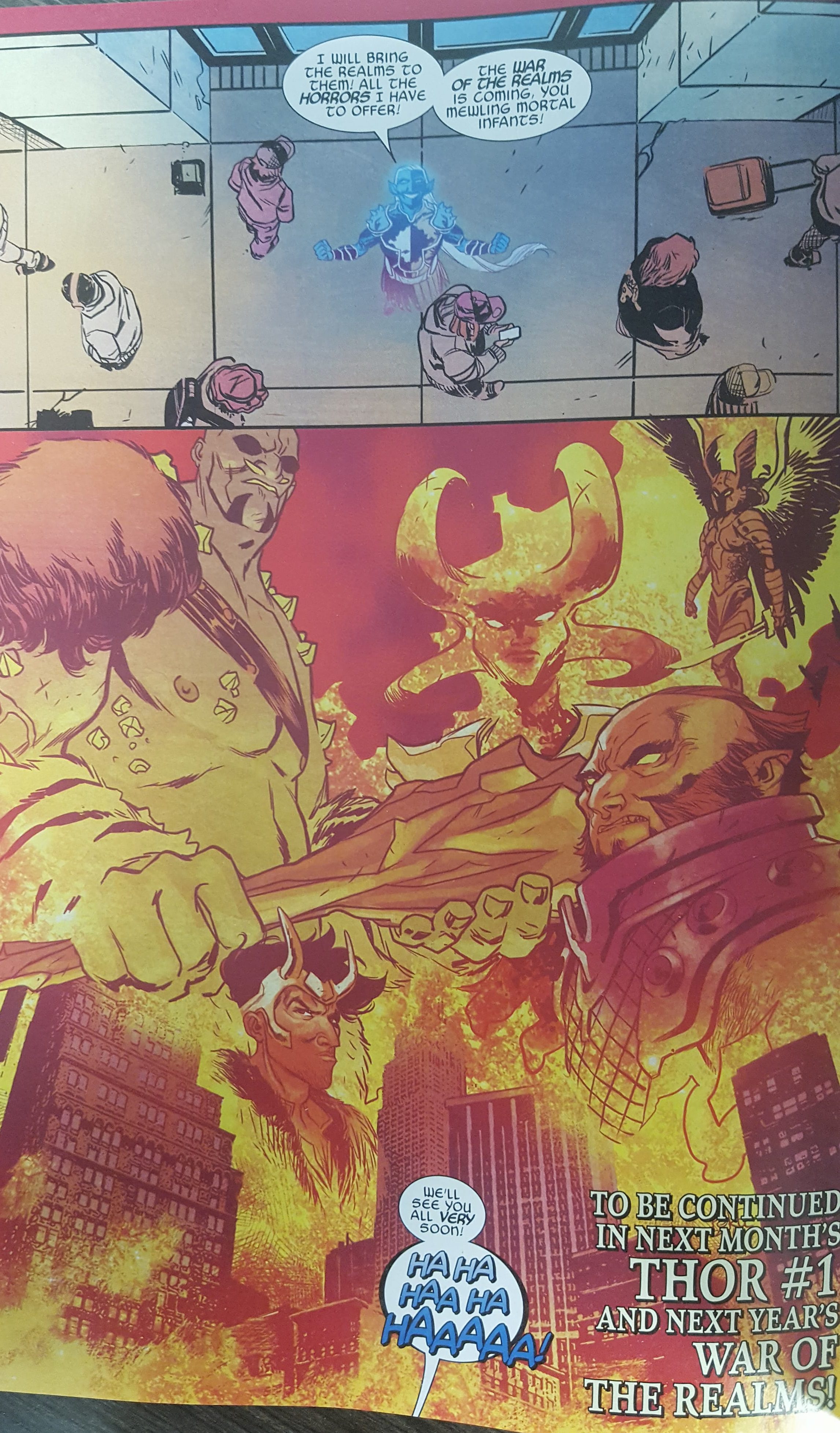 It doesn’t look good for Earth, but it appears Malekith will be defeated and Jane Foster could have a major role in his defeat!