“I’ve got a really good feeling about this.”

Han Solo is one of the most iconic film characters of all time. The perfect supporting bravado with just enough hero in him to do the right thing. That’s what made the rogue one of the most alluring parts of the original trilogy. The fourth film in Kathleen Kennedy’s reign attempts to give that rogue an origin story. The film promises to finally explain the “Solo” in the name. Solo: A Star Wars Story is the spin-off nobody asked for and the Star Wars film no one deserves. Everything but the design is mediocre and forgettable when not verging on idiotic. The plot is hilariously simple when there is one. The point is…well, there doesn’t seem to be one. While the beginning of the story crafts a fairy-tale, the end is a hodgepodge of different stories that make no sense.

Whether or not Phil Lord and Chris Miller were incapable of making a great film is unclear, but Ron Howard sure couldn’t do it.

However, the problem never truly lies in the direction. Instead, the faults begin and stem from a nonsensical script. Father and son screenwriting family, The Kasdan’s, certainly know Han Solo. This is definitely the same character who helped Luke defeat the Empire more than 40 years ago. The problem is the weak motivation, terrible story structure, and the poor judgment of every character in the film.

“I’m going to be the best Pilot in the Galaxy.”

Han Solo didn’t really need more detail. The scoundrel smuggler was more enticing as the cowboy sitting in the corner. The insecure badass who always promises more than he can deliver. It’s a great character because it’s a great character. Lovable scoundrels are not new to narrative storytelling. In fact, they’re one of the most necessary supporting characters in the book. As a lead character? Not so much. 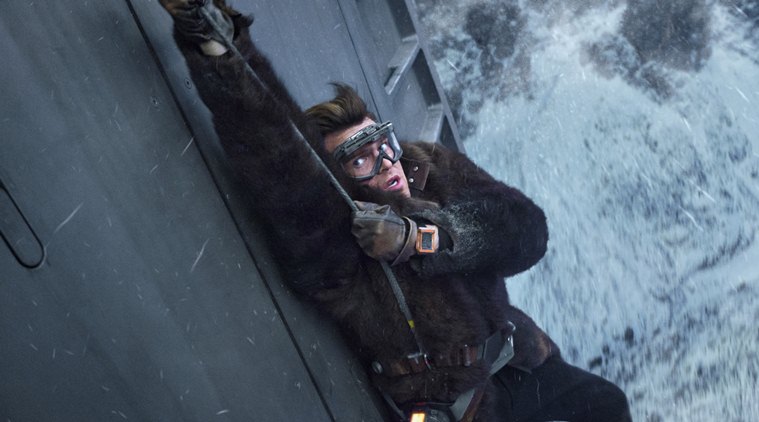 Alden Ehrenreich has been receiving the brunt of the negative publicity surrounding Solo: A Star Wars Story. While he won’t be hailed as the highlight of the film, he does perfectly fine. Ehrenreich’s sly and surprisingly boyish smile will never pass for Harrison, but he gains a certain amount of charm by the end of the film. The characterization is spot on. But the relationships are poor at best.

The mentor, the love interest, the villain. All of these characters are general and mediocre. Though Woody Harrelson and Emilia Clarke put in some of the best performances, the characters they portray are completely forgettable. They are merely plot devices attempting to teach Han some lesson about morality or trust. At that, they have some success. Yet the Han at the end of the story is very much the same character who began it. The character undergoes no character development or growth. It’s as if the filmmakers set out to move the character physically throughout the universe without moving him emotionally. Afraid to present a different character than the one audiences are familiar with.

“Assume everyone will betray you and you will never be disappointed.”

The designs and worlds are the highlight of the film. The movie showcases many unique cultures within the Star Wars Universe. Playing in this sandbox has always been a designer’s game. Production Designer Neil Lamont and Costume Designers Glyn Dillon and David Crossman give every set piece and background character their own identity. It gives the entire universe that “lived in” feeling. However, that uniqueness never crosses over to the characters themselves. Though each is well-designed and thoroughly brought to life, they’re never quite given the time of day.

It’s the small corners of Solo: A Star Wars Story that end up shining brightly. The music by John Powell is particularly uplifting. The composer behind the How to Train Your Dragon scores knows exactly how to make an audience feel like they’re being lifted into thin air. His unique spin on the Star Wars themes will be floating around the minds of longtime fans well after the screening has ended. His orchestrations manage to create a sense of wonder and magic that is surprisingly untouched by the genius of John Williams. Of all the possible successors to Williams as de facto Star Wars Composer, Powell has the most potential.

Star Wars: The Last Jedi was a polarizing film. Fans reacted in different ways to the many story twists and turns that film contained. Whether the film was great Star Wars or not, it was brave in its way. The same can’t be said for Solo: A Star Wars Story.

The film hasn’t attempted to make many of the characters endearing. They’re simply vessels to deliver compliments to Han Solo. Or small prophetic whispers that spell out his inevitable future. Solo: A Star Wars Story never tries to create a colorful past for the young rogue. The film is only interested in propelling him into the trilogy from which he originates.

Audiences won’t learn anything new about Han. Solo: A Star Wars Story does not contribute much to the Star Wars mythology and legend. None of these characters are going to be missed; none of these “new” worlds are going to be longed for. As the memories of the forgettable action sequences and drawn-out shootouts fade, audiences won’t be left with much. Just the memories of a few cool designs. Many spent time worrying if Ehrenreich would make a good Harrison Ford. Apparently, not enough people spent their time worrying if Solo: A Star Wars Story would be a good film.