Enfys Nest and his band of Marauders is one of the most interesting designs and parts of Solo: A Star Wars Story. The first heist involves a fight between Enfys Nest and Tobias Beckett’s crew. Their target? Coaxium. The element is an incredibly expensive form of HYPERFUEL. One of the first major set-pieces in Solo is the train sequence in the trailer. It has some interesting moments and more than one casualty. It’s the first time audiences find Enfys Nest and the Marauders after they attack Beckett’s crew. Turns out they’re a small band of protesters bent on one thing: rebellion.

The “Marauders” in Solo: A Star Wars Story – Lucasfilm and Disney

Han Solo clearly joined up with the wrong crew. As Qi’ra says later in the film, Han is simply a “good guy.” But when he joins Beckett’s crew, he’s just a thief looking for a way to make it to his girl. Nothing wrong with that. But after both crews lose the shipment of coaxium, Nest promises to make a return.

As Han and Tobias are refining their Coaxium to deliver to Dryden Vos, Enfys Nest and their crew arrive. Han removes the guard from his blaster, expecting a fight. But Enfys Nest isn’t here to quarrel. She’s here to talk.

Han doesn’t need that blaster. Enfys Nest removes her helmet revealing herself to be a young girl with a freckled face. The rest of her team are not “marauders” or pirates. They’re the beginnings of the rebellion. They steal the coaxium because they need Hyperfuel in the fights ahead. For the very ships that Han will command, fly, and support years later. 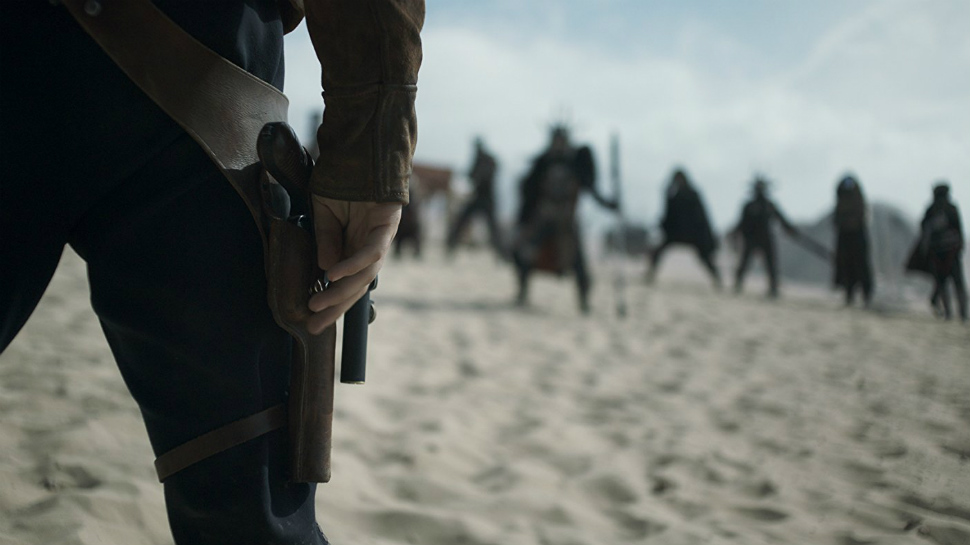 Han Solo and the “Marauders” in Solo: A Star Wars Story – Lucasfilm and Disney

Tobias Beckett and Han Solo are then confronted with a difficult decision. Give the coaxium to Enfys Nest and help the greater good, or give it to Dryden Vos, one of the leaders of the Red Dawn, one of the most evil Crime Syndicates around. They are the kind of horrible villains who take advantage of the havoc the Empire creates. Enfys Nest and her Rebellion are looking to change the world that affects so many. In fact, it turns out Nest isn’t the first to wear that helmet. Declaring that her Mother wore it before her. Another example of the importance of legacy in the Star Wars Universe.

Han wanted to do the right thing; Tobias wanted to walk away. But just as Han is supposedly delivering a fake shipment of coaxium to Vos, Beckett reveals his double-cross to Vos. Then Beckett double-crosses Vos before he’s shot down by Han. A lesson to anyone trying to steal from one of the best smugglers in the galaxy. Then Han delivers the coaxium to Nest and politely refuses to join the budding rebellion. Maybe someday.

It’s no surprise that Solo: A Star Wars Story contained a reference to the rebellion. But it was a nice twist for it to have been in the form of a would-be villain. The removal of Enfys’ helmet is one of the best parts of Solo. Parallel to the end of Star Wars: The Last Jedi, that promises the young will always have the power to fight back.