The book will be about two army veterans who “crash in a mystical jungle populated by a lost tribe of Warrior Women that hunt men, mate with and kill them.” The veterans “must escape, change to survive, or die trying.” 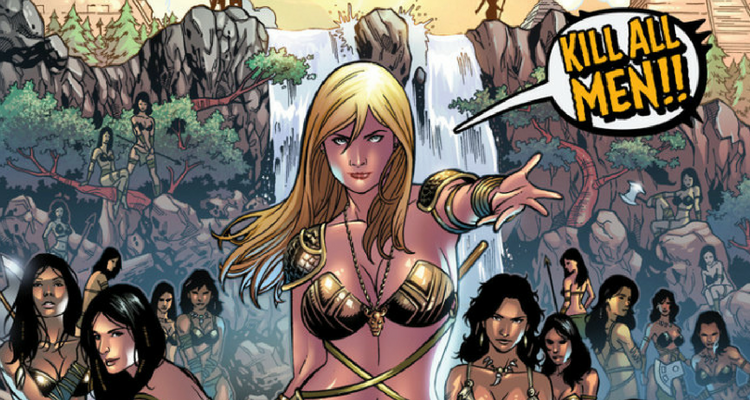 The team behind the book are veteran comic book creators. Writer Chuck Dixon co-created the Batman villain Bane during his epic Batman run. Not only has Dixon worked on Batman, but he also had a lengthy run on Marvels The Punisher War Journal as well as Savage Sword of Conan. He’s also worked on IDW’s G.I. JOE. Dixon will be working with writer Benjamin L. Henderson who has written The Magus: Inner Demons and The Offworlder. Joining the two writers is artist Jimbo Salgado who has worked on Transformers More than Meets Eye Annual and Judge Dredd as well as a number of covers for Valiant,  Titan Comics, Heavy Metal Magazine, and Zenescope. Colorist Bryan Arfel Magnaye has also done work for Zenescope as well as Glasshouse Publishing and God n Bone Animations.

The story will be set in the Cautionverse that features the mystical land of the Protectori, the ancient race of Warrior Women. In times past, these women fought against the evil of the Lizzarsin, who worship nothing but their own lust and the One-Eyed Demon. The Lizzarsin are led by General Rak and have spent an eternity hunting down Adramak, the Queen of the Protectori, and her warriors. 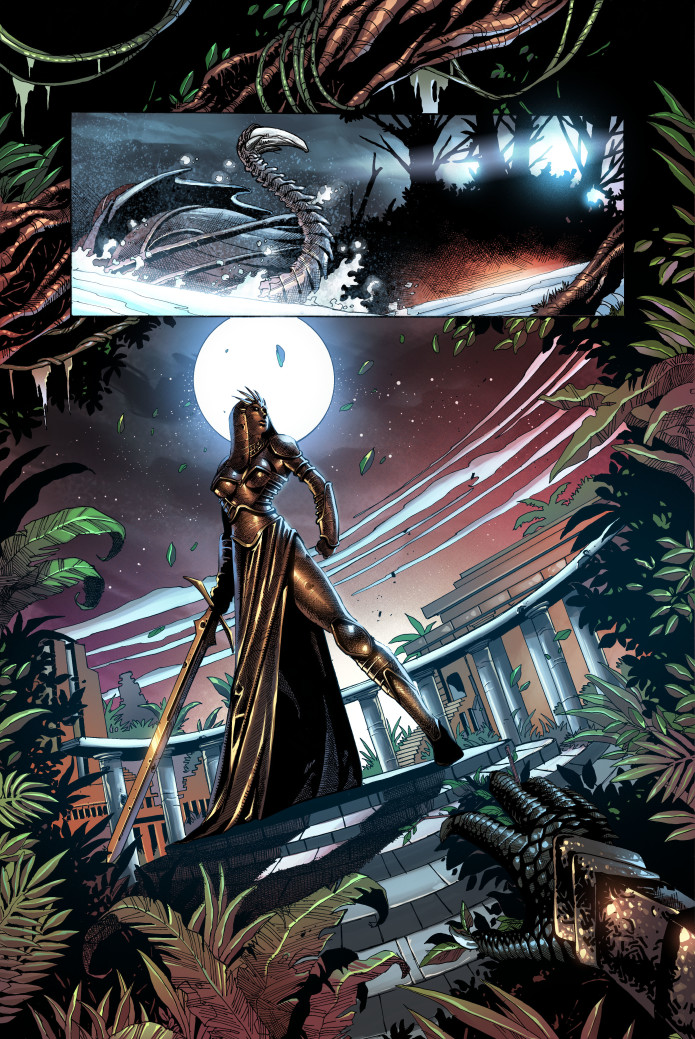 But General Rak and his followers don’t just hunt down the Protectori. They attack anyone that looks, thinks, or feels differently than them. No one is off limits to their wrath. They target children, the sick, and the elderly. “The tears on the Old feed their dark souls while the cooked bodies of children feed their bellies. All those that are not a part of their hive are an abomination to be ridiculed, attacked and enslaved. Women are simply meant to be used in their Dark Society.” 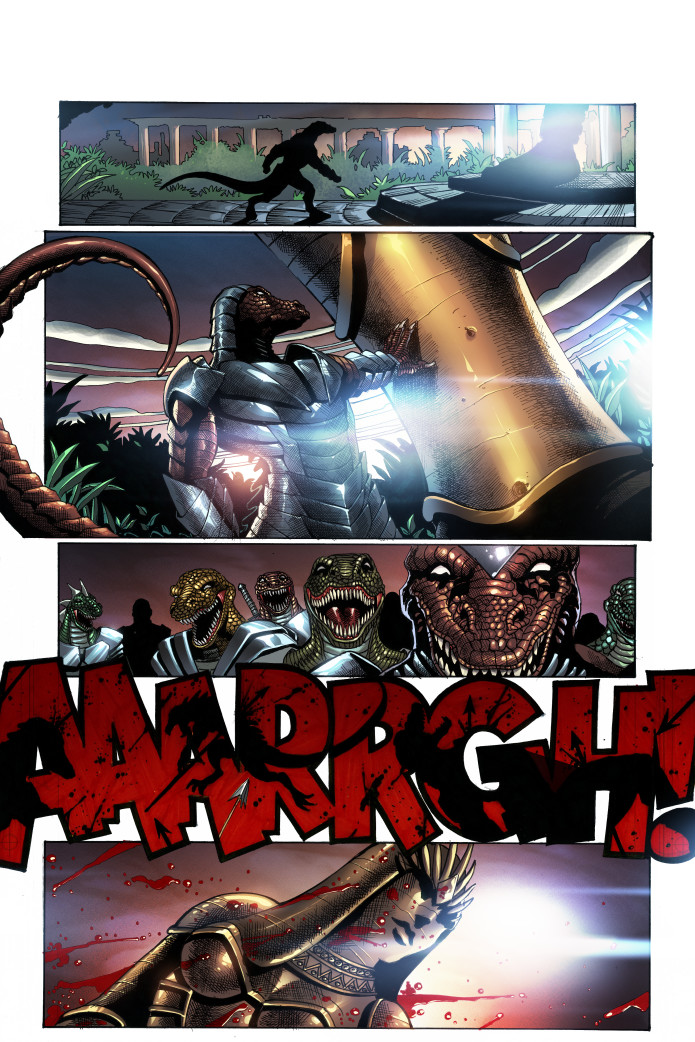 According to the fundraising campaign, the first 12 pages of the first issue are already complete and they team has also begun working of the first draft of their entire 120+ page Ravage Kill All Men Saga!

And the art shown on the campaign looks absolutely gorgeous. 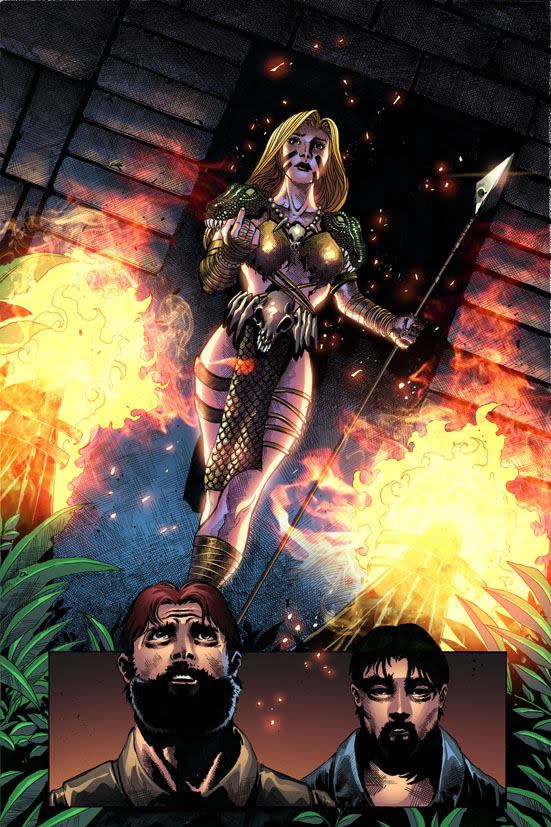 There are a number of perks for the campaign including two signed copies of Ravage #1, VIP membership to Cautionary Comics, a custom made Ravage T-Shirt, and a Richard Pace Prehistoric Protectori Print. There are also a number of outlandish perks including a custom “Guardian Angel” Award which is a plaque thanking you for supporting the team. But the most outlandish perk is a VIP 80s Halloween Yacht Party, which allows you to attend the Cautionary Comics Family Friendly 80s Halloween Launch Party onboard tan exclusive yacht. The party will feature a number of comic book professionals plus live music, 5- star chefs and more. You can also pay to get Benjamin Henderson to get a tattoo of your choice.

But maybe the most important perk is the actual comic which is available for $7.