Everyone, from time to time, has felt like a bit of an outsider at school; especially at one’s first year of college. Being a freshman in high school is tough enough when you’re surrounded by people roughly the same age, but in college where you can be in class with people who have 20+ years on you, one can find themselves feeling conspicuously like an outsider. What if there was a college specifically designed for the freaks out there, though? What if there was an institution of higher learning that only extended an invitation to the weirdos, losers, and outsiders? Not too bad then, huh? And what if when you arrived you soon found out that your new University had a dark history full of death, magic, and dealing with Lovecraftian style elder gods? Sweet, right? That’s exactly the scenario the new class of Blackwood College and us, the reader, are introduced to in Evan Dorkin’s new supernatural series from Dark Horse Comics: Blackwood. 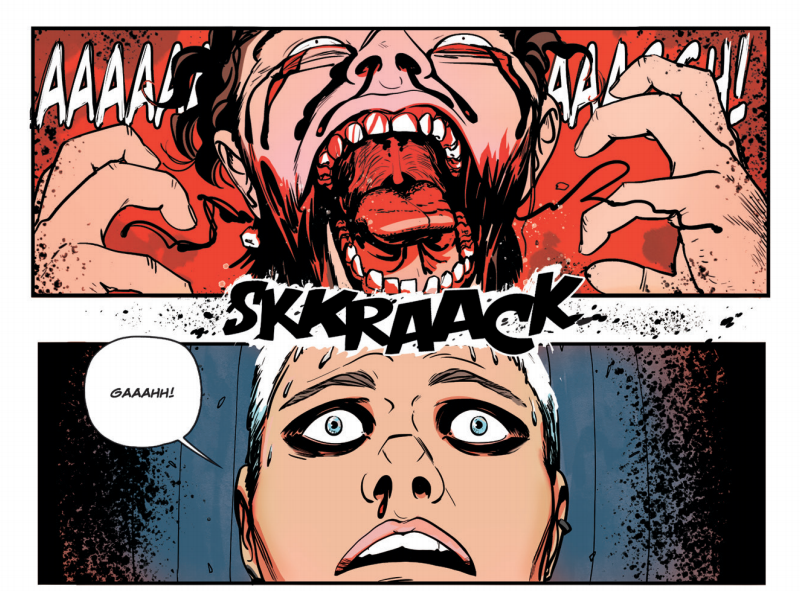 Things start out creepy and cryptic with an unidentified man leaving a desperate message into a recorder. There’s panic in his words and a palpable sense of “DOOM,” both literally and figuratively, hanging over the scene as he mysteriously dies mid-sentence, lamenting that there’s still so much he has to do. After transitioning from a strange (and terrifying) dream sequence, we are introduced to our stars of the story as they’re all on their way to their first year of Blackwood College.

None of the characters seem to know each other yet, and that lends to the overall feeling of mystery and uncertainty that permeates the entire story. Who are these people? Why were they accepted to this college? Why do they pass by so many cemeteries on the way to the school? These are questions that neither the characters, nor us, the readers, are given the answers to yet and it’s lingering questions like these that are going to give this 4-issue series the legs it needs to keep the reader engaged. 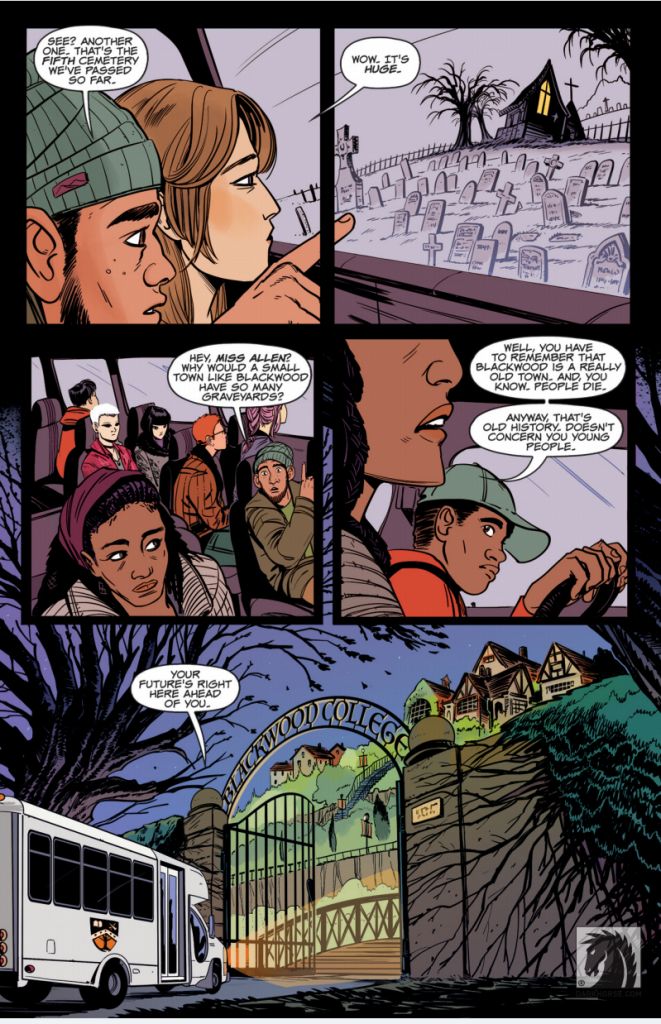 The school itself is the major draw here. Evan Dorkin and artists Veronica and Andy Fish have done a great job of creating a setting and an atmosphere that evoke an intriguing sense of foreboding and dread that would not be unbefitting a classic gothic Hammer film, albeit with modern sensibilities. The characters are well written too, for the most part, although I found some of them to be a little one-note. Some of them seem to be the typical horror movie character archetypes that we are all used to seeing, but a few characters run the risk of being borderline unlikable because of it. Most concerning in this regard is the main character, Wren. Although we still have three issues to get to know her and for her to be fleshed out a bit, this first issue found her being entirely identified by her bad attitude and it wore a little thin, especially for a character that we are supposed to care about and be invested in.

Amidst the gothic, Lovecraftian horror is also a welcome smattering of comedy. Dorkin has crafted a script that evokes the fun of a 1980’s teen horror film and more often than not, the jokes land with aplomb. The lighter scenes juxtaposed against the horrific proceedings is seen in the outstanding artwork too. Veronica Fish has done a beautiful job of creating a world that feels at the same time creepy and comforting. The aesthetic is a little more cartoony than one may think, given the scary nature of the subject matter, but it works so well and looks like something I might have watched on Saturday morning television as a child. It seriously would not have looked out of place to see Fred Jones show up and suggest that they all split up and look for clues. Actually, that would have been awesome.

The coloring also deserves a special mention. The dark and moody backgrounds work well in making the brighter colors in the foreground and on the characters pop satisfyingly off the page. Aesthetically, Blackwood #1 is a real treat. 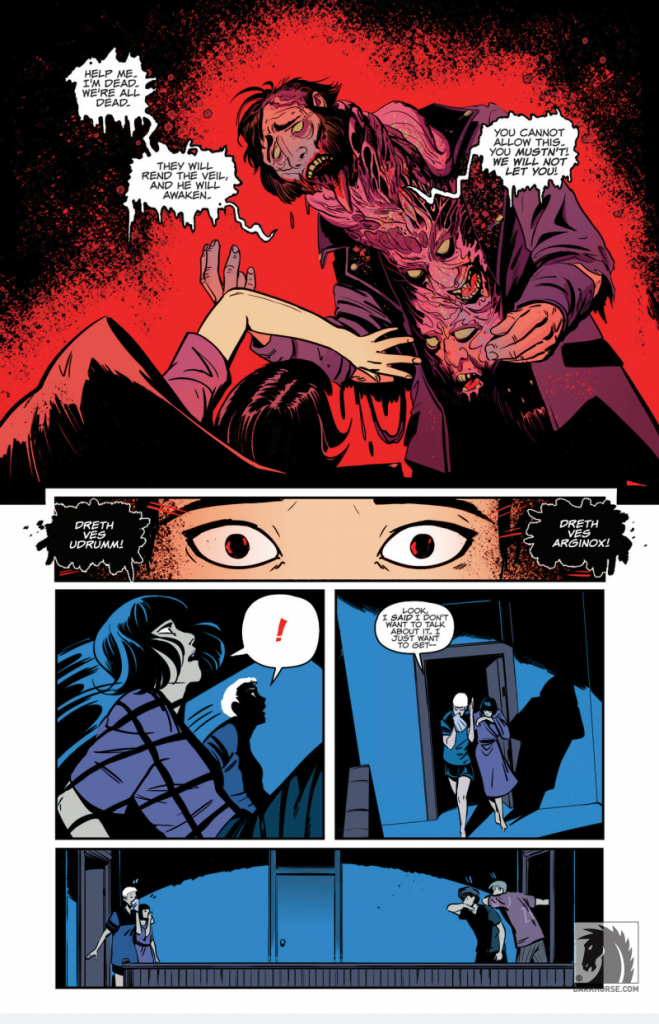 The sign of a well-done mystery story is that it leaves the reader hungry for more clues and itching to see the resolution. All the stellar artwork and colorful panels won’t carry the weight if the mystery itself is not engaging. Fortunately, Blackwood #1 fires on all cylinders in that regard. Evan Dorkin and Veronica Fish have succeeded in getting things off to a fantastic start from the bottom up and I, for one, can’t wait to see this mystery through to its end.