The new series will see Riverdale preparing to deal with the impact of World War II and how it affects the personal lives of Archie, Betty, Veronica, Jughead, and Reggie Mantle. Archie and the gang will be faced with the real-world consequences and drama of World War II, but it will still feature the humor, heart, milkshakes, and dates that are quintessential to any Riverdale story. 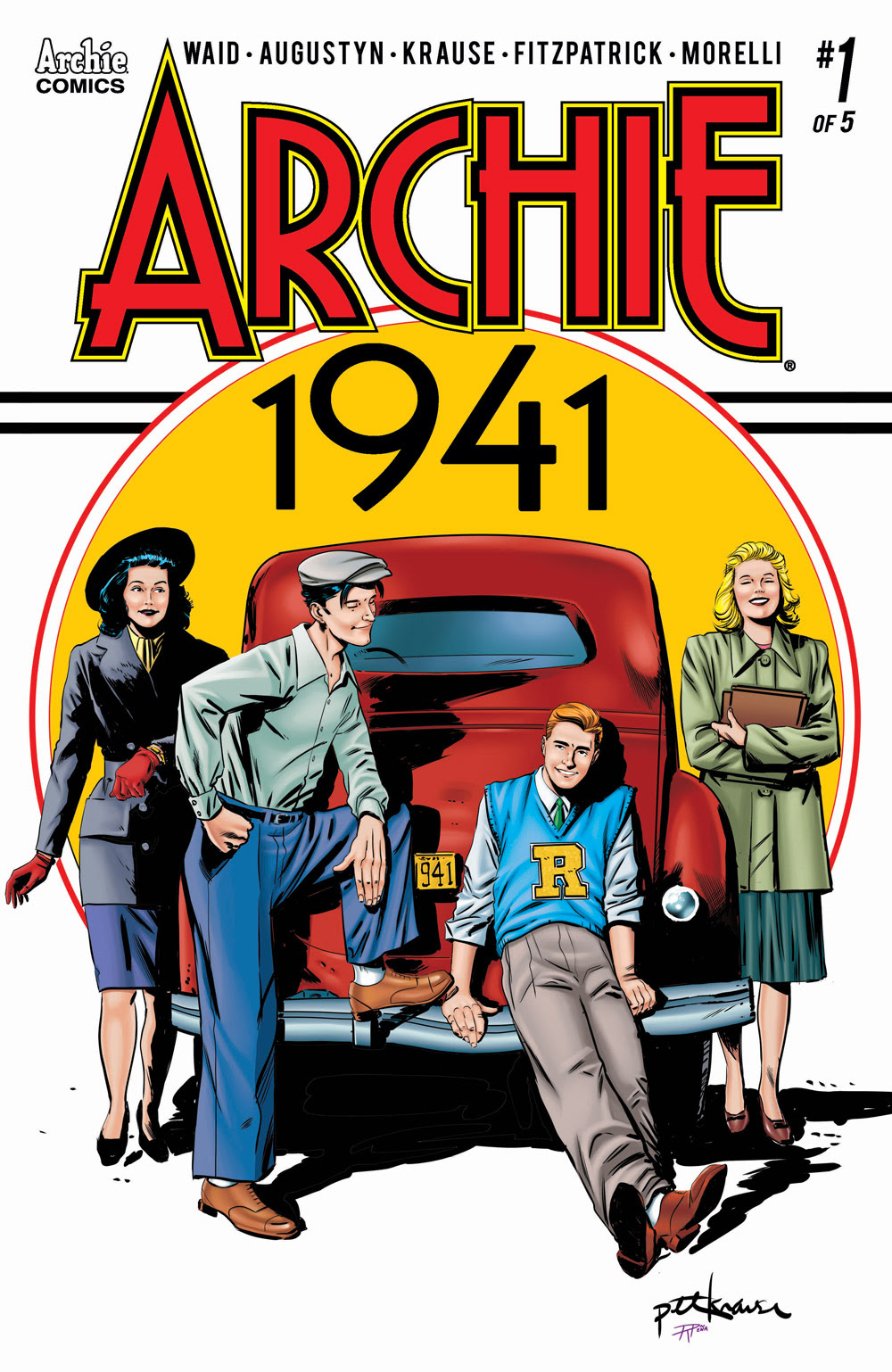 “Deep-diving into the characters and their parents from a whole new perspective, Brian Augustyn and I have been able to find a new, rich vein of stories to be told as America edges into World War II and what it’ll mean to the kids. It’s been an exciting project made only more thrilling by the chance to be able to work alongside my longtime co-conspirator on Irredeemable and Insufferable, Peter Krause!”

Augustyn described the book as seeing the characters through a new lens:

“Seeing these always lovable characters through the lens of time in a historical era of turmoil and tragedy places the Riverdale folk in different costume, but essentially the same people we’ve always known.” 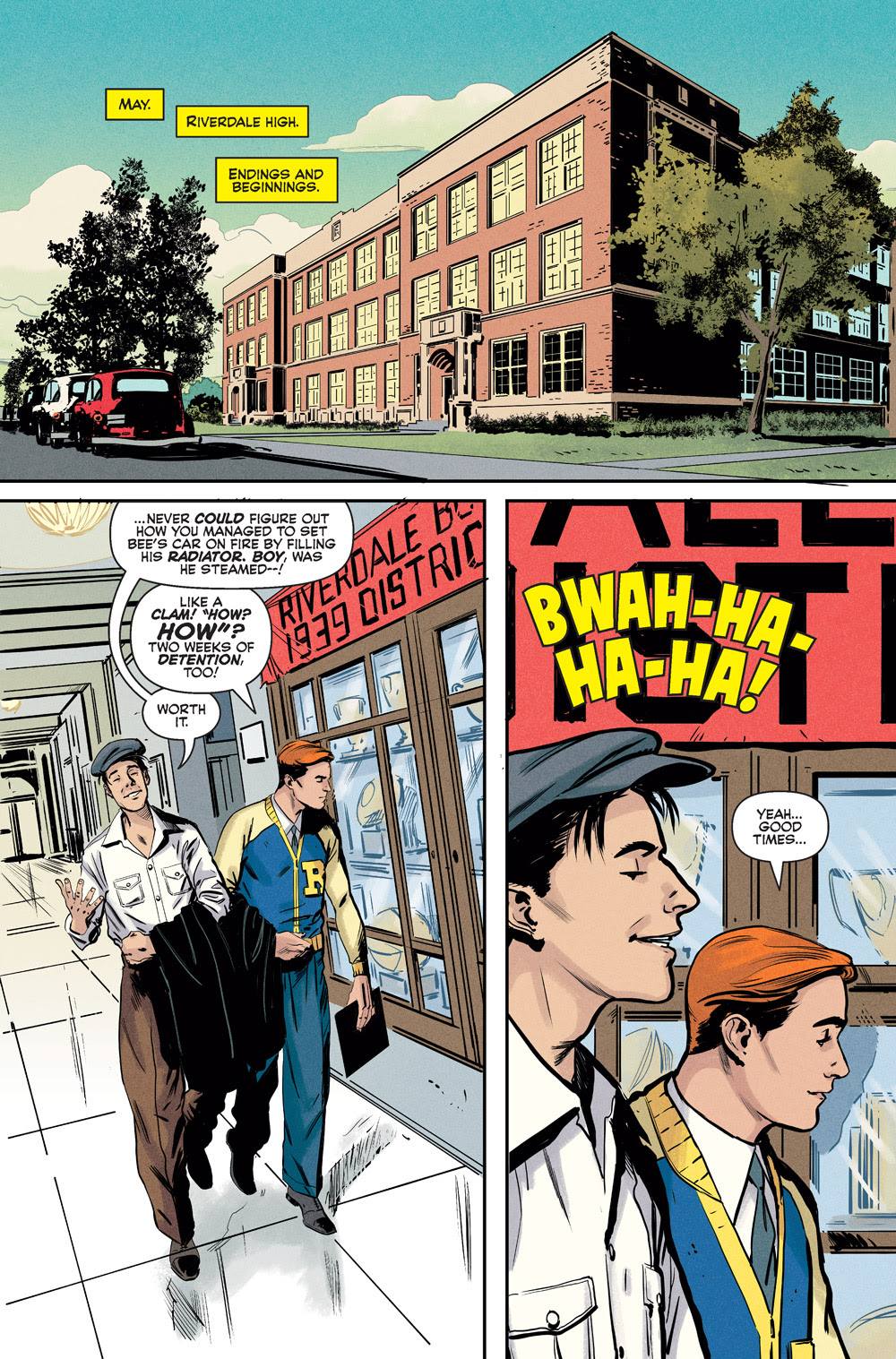 Krause talked about his artist style and the challenges he had for the book. The biggest question was how would Archie and the gang look in 1941. He described how he came up with the new look for the gang:

“How would Archie and the gang look in 1941? That is my responsibility, and my honor. I’ve had great fun going through reprints of Sears catalogs and diving into online photo troves. Along with great colors by Kelly Fitzpatrick and wonderful lettering by Jack Morelli, we’ve done our darnedest to make it all look good.” 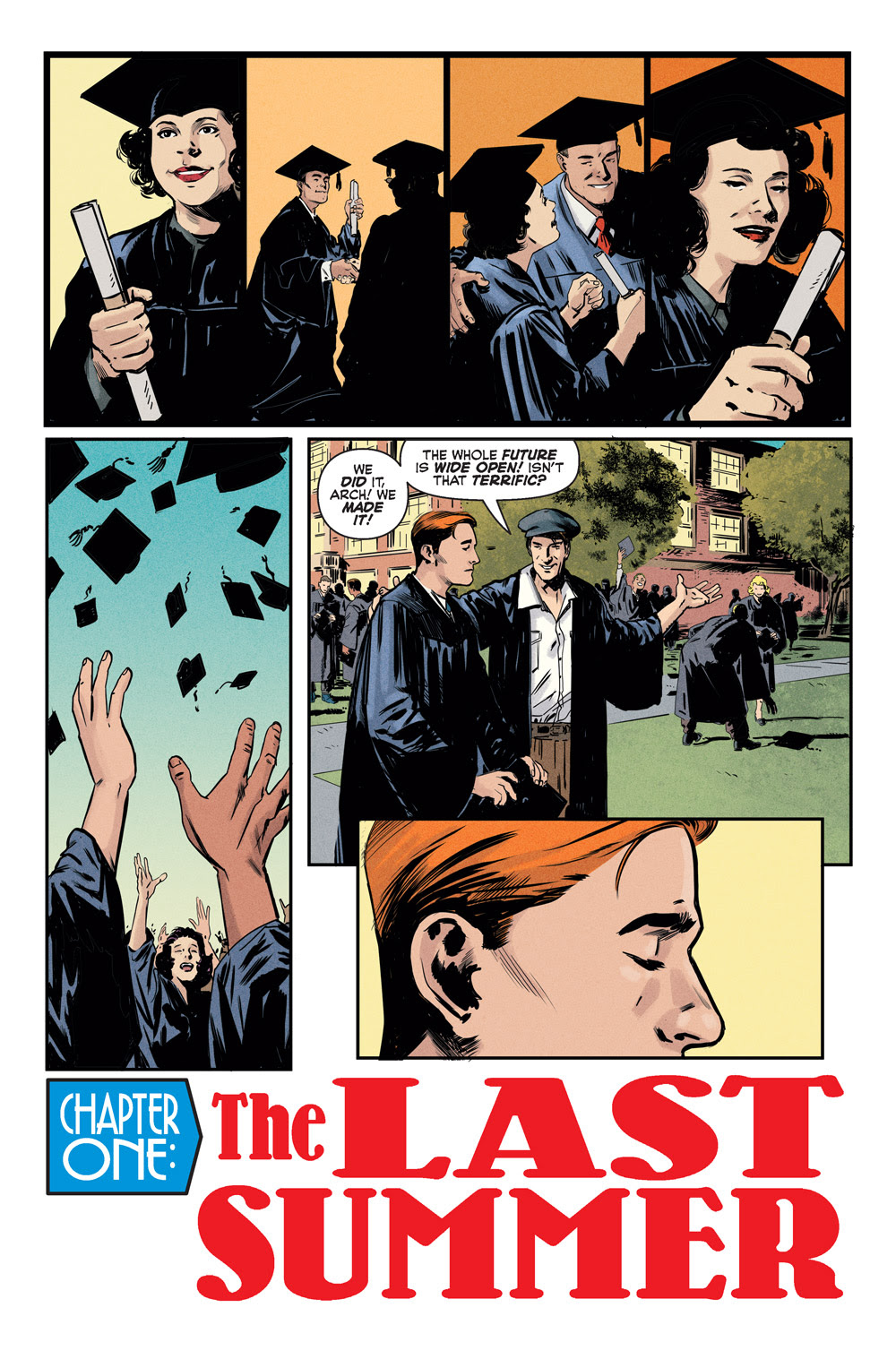 “THE HISTORIC, GROUND-BREAKING MINI-SERIES STARTS HERE! Archie has been around for over 75 years and has been through many significant moments in time, but never before have we seen the characters take on real-world events as they unfold. WWII is looming and Archie and many young men from Riverdale are close to enlistment age. If you’re a Riverdale teen, how would you cope with a looming world-changing event? Join the writing team of MARK WAID and BRIAN AUGUSTYN along with artist PETER KRAUSE for the all-new mini-series that is sure to have everyone talking!”

Arhcie 1941 will hit comic book shelves on September 12, 2018. It will feature a cover by Peter Krause as well as variant covers by Sanya Anwar, Francesco Francavilla, Dave Johnson, and Aaron Lopresti. The first issue will actually a 32-page full color comic. It will run you $3.99.