**Warning Spoilers for Justice League #1 Below**

But maybe one of the best moments in the story is Lex Luthor turning his back on his life of heroism and once again becoming the supervillain we know and love. But it’s how Luthor leaves his life of heroism and becomes the villain that stands out in this story. Luthor does it in epic fashion. He not only usurps the power of one of the more fearsome and powerful DC villains, but he completely eliminates him as a threat to his newly built power base.

The villain that Luthor takes down is none other than Vandal Savage. 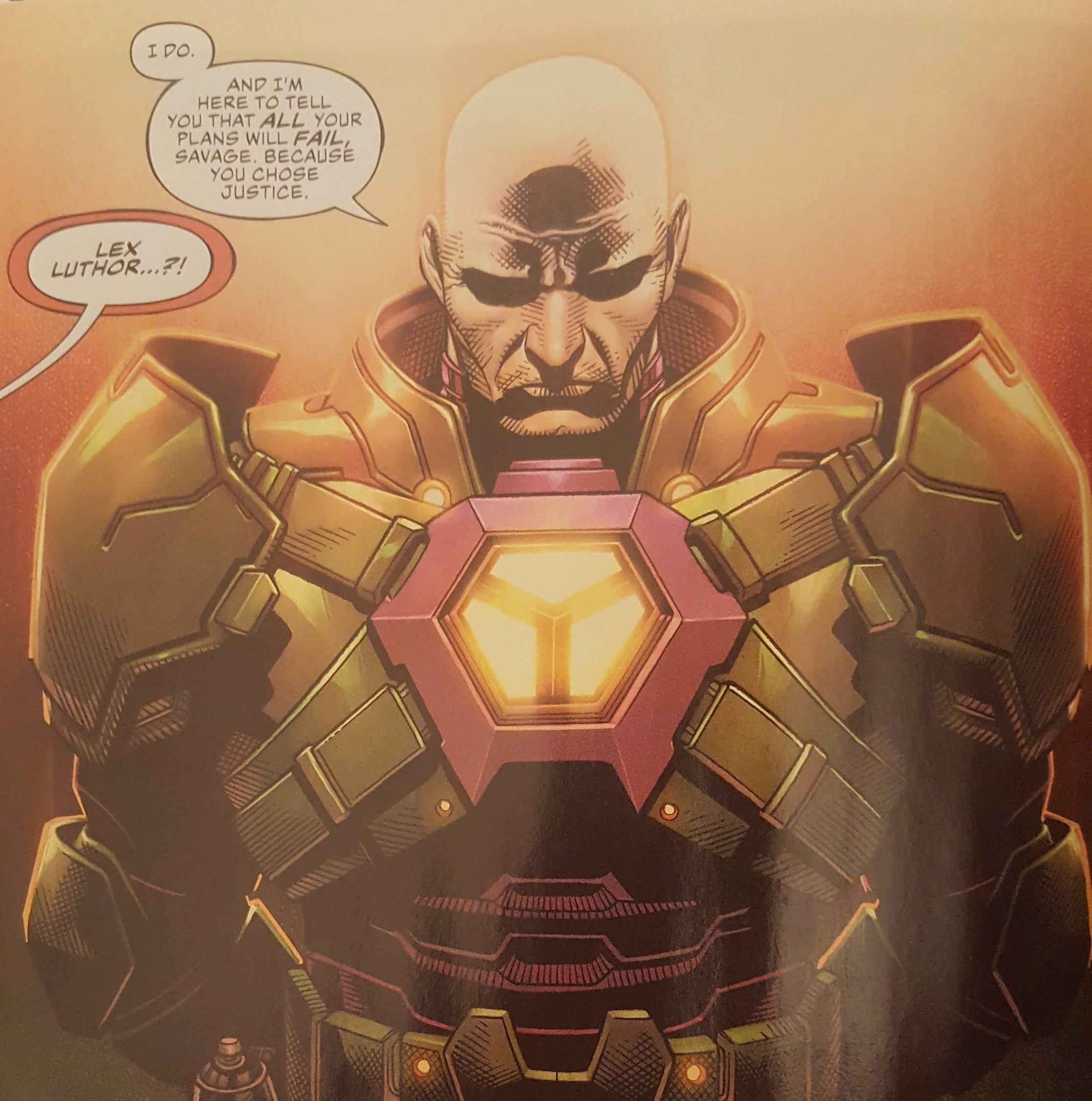 But Luthor doesn’t just kill Vandal Savage. He brutally beats the villain to a pulp with a stone. He gets his hands dirty and solidifies his role as the leader of the Legion of Doom.

And when he’s done with Vandal Savage, he holds what appears to be his heart in his hand and gives his body to Gorilla Grodd. He then prepares to do battle with Martian Manhunter and the Justice League. 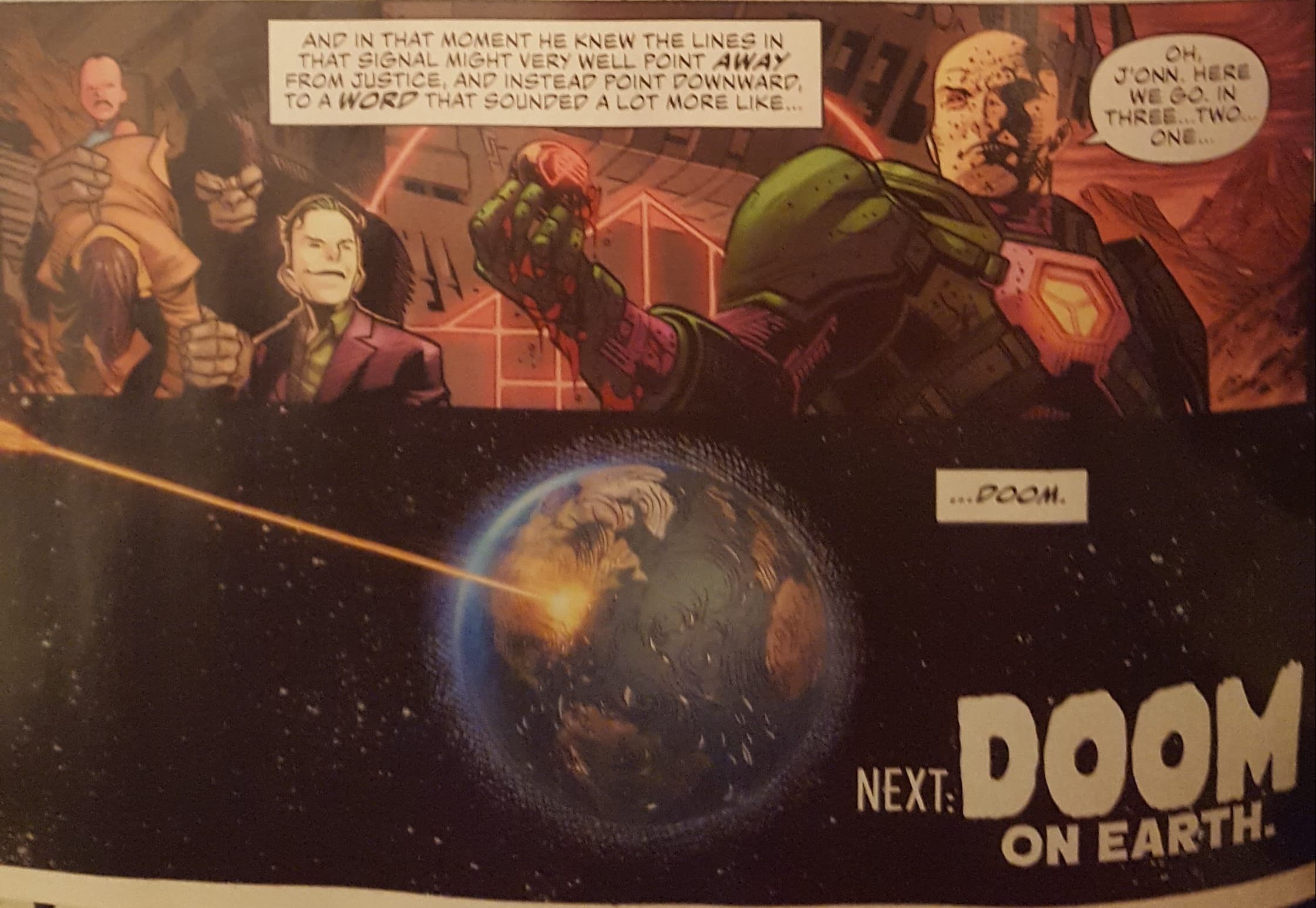 Lex Luthor and the Legion of Doom are back and the Justice League better be ready because Luthor is not messing around. And it might not just be the Justice League who needs to be on the lookout for Lex Luthor. The DC Universe’s villains might also need to watch their back because if Lex Luthor can ruthlessly take down Vandal Savage who knows who could be next.

Justice League #1 is on sale now, and you should definitely pick it up. It’s well worth the cover price!