Back in 2010, comics creators Robert Kirkman and Marc Silvestri gave us their first look at their creation, Stellar. Although short lived, Stellar showed some potential for staying power and now, about eight years later, Stellar is back in the limelight at Image Comics with her new run with the release of Stellar #1. So, how does the (second) premier issue shape up after almost a decade on hiatus. Well… pretty good, actually.

We’re not given a whole lot of exposition to start us out in Stellar’s first issue. We get thrown right into the middle of what is obviously a war-torn landscape and we’re instantly introduced to a universe that is immediately interesting, even though we know very little about it. The landscape is littered with carcasses belonging to all sort of creatures both great with none of them easily identifiable. This is obviously an aggressively sci-fi world and it’s good to see the writers and artists going all in from the very first panel. 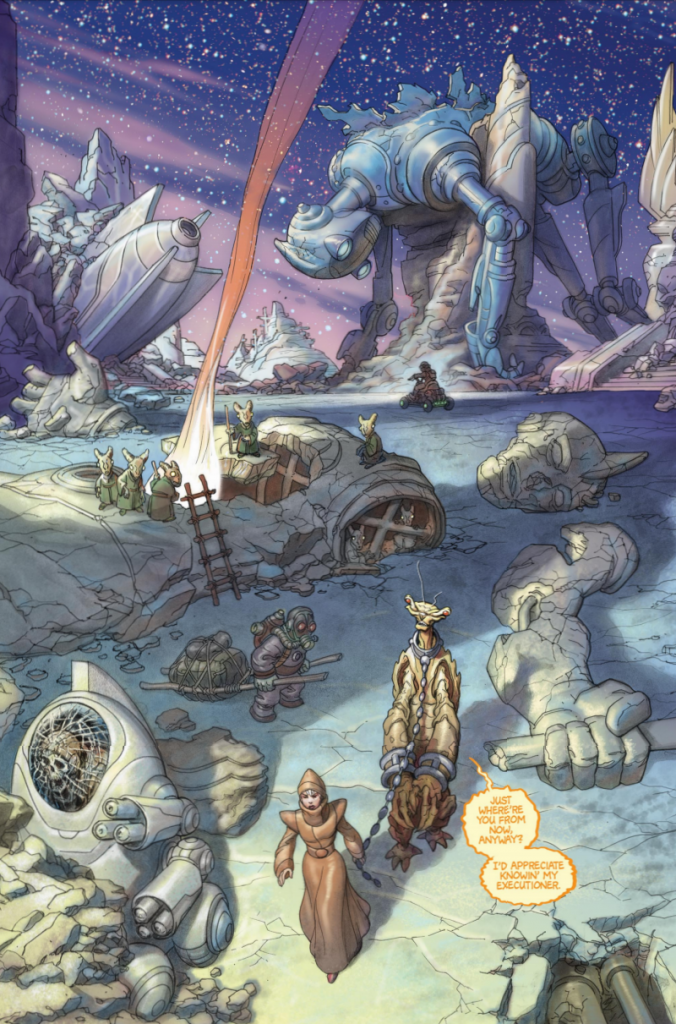 Besides the exciting introduction of a cool looking world, the first issue of Stellar also does a fantastic job of introducing us to a likable cast of characters, even if that roster is relatively small. Stellar herself is a character who is steeped in mystery and although we don’t get a deep dive into her backstory in this first issue, she is set up as a protagonist the readers should be excited about following. She’s a strong woman who is using her talents to hunt down criminals and collect bounties on them. This is normally a classic setup to allow the female lead to spend the whole time annoying the readers with their bad attitudes and “me-against-the-world” persona. Not so with Stellar; she is a capable and strong female lead who is also sympathetic and flawed, which makes her far more relatable.

The rest of the roster is just as enjoyable, even with limited page time. Specifically of note is the criminal that Stellar is attempting to cash in. He’s a strange, insect-like creature and although he has obviously done some terrible stuff, he is a welcome vehicle for some comic relief and he is genuinely charming and funny. There are some other characters that show up to remind us that this is a universe teeming with life, all of whom are trying their best to cope with an ongoing war. We’re also introduced to a trio of villains. None of them get a lot of time to shine, but since this is the first issue, that is understandable. 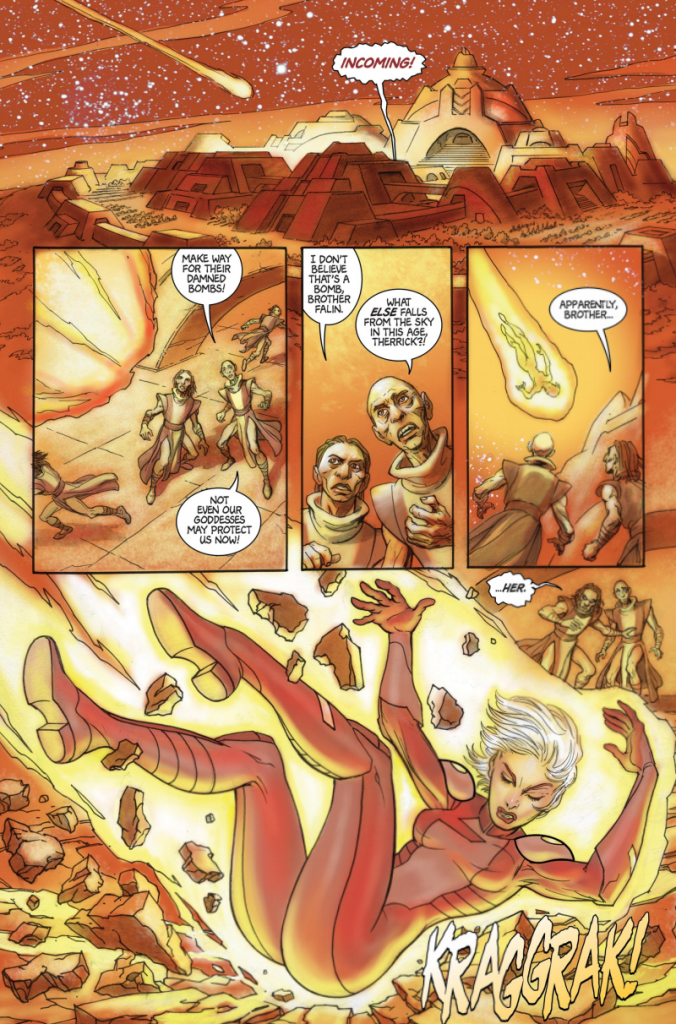 My enjoyment of all of these elements can be attributed to the fantastic writing from writer Joseph Keatinge. There is a lot of moving parts in this first issue and a lot of ground trying to be covered. Keatinge does a great job of dropping us right into the middle of the story and making us feel that we are right where we belong, keeping the reader engaged the whole way through. The dialogue is also consistently entertaining. You get a clear picture of all the personalities on display in a story that could very easily have been messy and confusing.

That being said, I do wish that we could have gotten a little more backstory on Stellar herself. We get some flashes of it here and there and while it is thrilling, it also doesn’t make a lot of sense without a bit more context. I know that the writers can’t give everything away in the first issue and perhaps I’m being selfish, but I can’t help but think I could have better connected with Stellar if I better understood exactly what her motivations were. 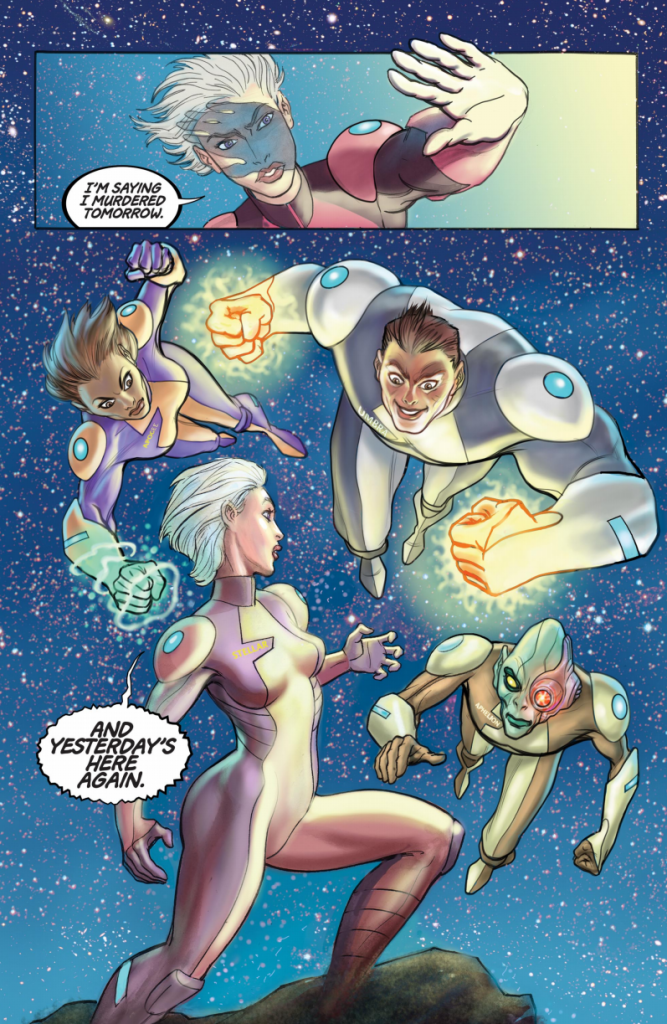 Art by Bret Blevins is also very good, if a little inconsistent. It’s obvious that Blevins is supremely talented and most of the panels, specifically the environments, are executed to perfection. However, there is an unfortunate bit of inconsistency in some of the artwork. Sometimes the characters emote and display movement that looks realistic and fluid; while other times they look somewhat awkward and stilted. It’s not overly obvious and it takes nothing from my enjoyment from the book, but I did notice it.

I am not typically a sci-fi fan. I have no love for things like Star Wars or Dr. Who or anything like that. It is a testament to the talent behind the first issue of Stellar that I am fully on board with a story from a genre that I typically actively avoid. The story had me intrigued, the characters had me charmed and I am anxiously awaiting to see what happens next. You should be too.