The story will dive into Spider-Man’s past when he had returned from an alien world with a special new costume and an alien symbiote that would eventually become Venom.

But the story won’t retell this episode. Instead it will explore the “secretive nighttime excursions” Peter had with the alien symbiote.

Ahmed goes into detail about the annual:

“AMAZING SPIDER-MAN ANNUAL is an untold street-level story of the brief bond that existed between Pete and the alien symbiote that would eventually become Venom. This is my tribute to the Spider-Man I grew up reading in the early 1980s — the messed up and confused Peter Parker who came back from an alien world with a new costume and new problems as Gang Wars tore through the streets of Manhattan. That era of Marvel storytelling had a profound influence on me, and it’s an absolute thrill to come back to it by writing Marvel’s most iconic hero. Walking this line between nostalgia and a modern story requires a really skilled artist, and Garry has knocked it out of the park on that front. His work has all the pulpy excitement of the Bronze Age without wallowing in the past. Spider-fans are going to love this book!”

Marvel is describing the story as “an all-new nightmare fairytale.” 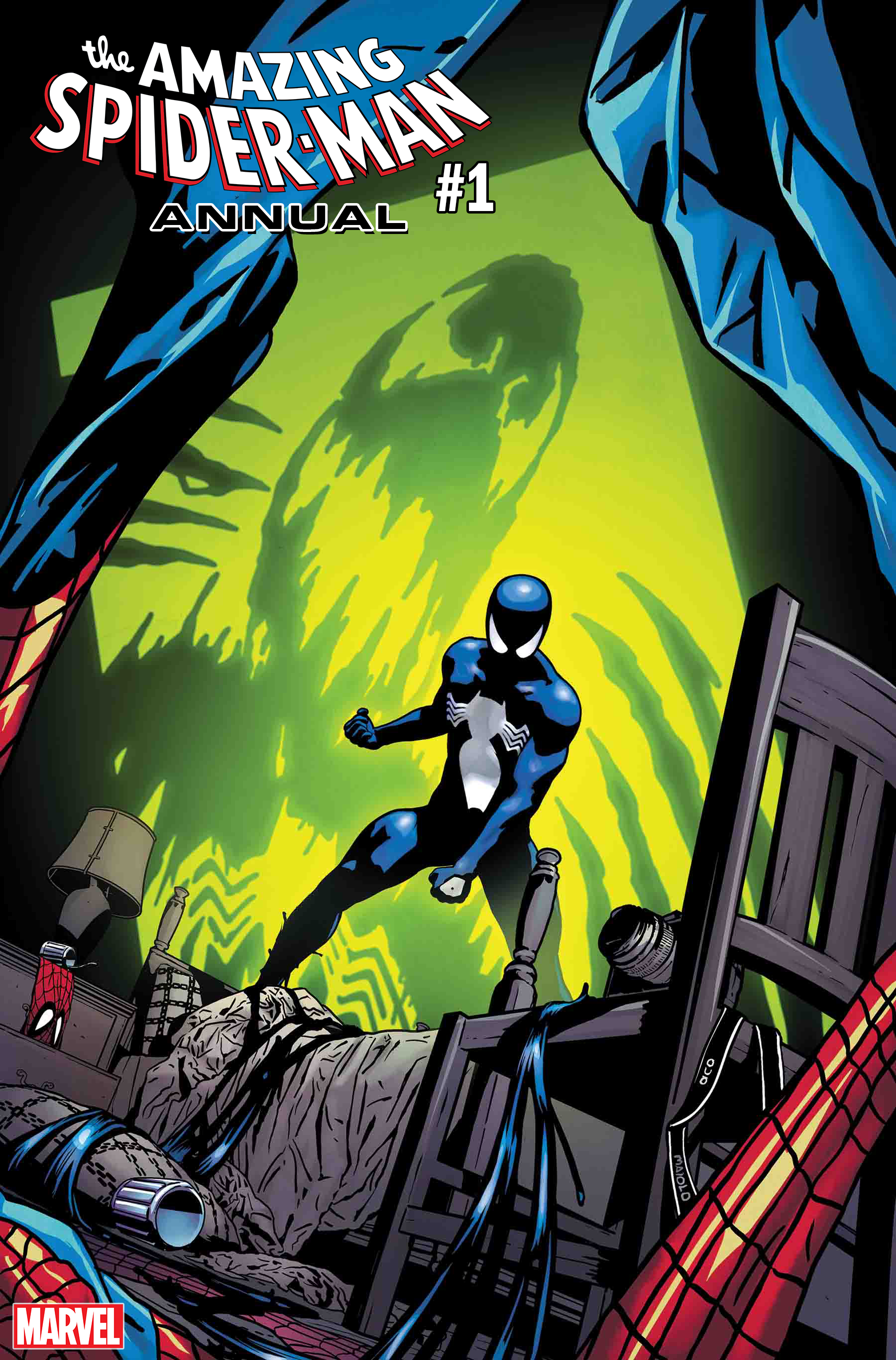 “Saladin and Garry are absolutely tapping into the heart of the fan-favorite alien costume storyline while bringing something new to bear. Like a lot of people, I read and re-read those original stories and those bits of Peter completely drained, sleeping through whole days after the symbiote took him through mysterious unconscious adventures, always felt like a story waiting to be told. So it’s really a dream project for the team, even if it’s a nightmare for Peter Parker.”

Amazing Spider-Man Annual #1 will hit comic book shelves on September 19, 2018. It will feature a cover by ACO.