Brian Michael Bendis recently joined DC Comics and he’s already making waves at the publisher with his weekly Man of Steel series and his upcoming Superman and Action Comics series. But he’s not just focusing on Superman, he’ll also be reintroducing one of DC Comics’ favorite detectives in the pages of Action Comics. That’s right DC Comics will finally reintroduce the Question into their publishing line.

Bendis revealed the Question would be returning while responding to a fan question about whether or not he’d be interested in doing a miniseries about the Question.

@BRIANMBENDIS is there any way you could do a Question miniseries?

While Bendis didn’t answer his question directly about a Question miniseries, he did reveal the character will be showing up in the pages of Action Comics #1005.

Fans were excited about the news!

The character I’d most like to get my hands on. The ideas that I have….

Question is a bucket list character for me to letter. Any pro Question stuff is good in my book.

I just marked the last Wednesday of November as “Q-DAY”

Oh man. You’re writing this just for me, aren’t you?

However, the big question many fans wanted to know after this reveal is which version of the Question would be appearing.

thank you mr bendis been waiting for this for a long time was talking to @CullyHamner about the question being brought back last month at portsmouth comic con. but are you bringing back rennee or vic?

Vic Sage might be the most recognizable version of the Question as he appeared in Frank Miller’s Dark Knight Strikes Again and had a starring role in the excellent animated television series Justice League Unlimited. The character last appeared in 2016’s New Suicide Squad which saw Vic Sage become the leader of the villainous government organization. 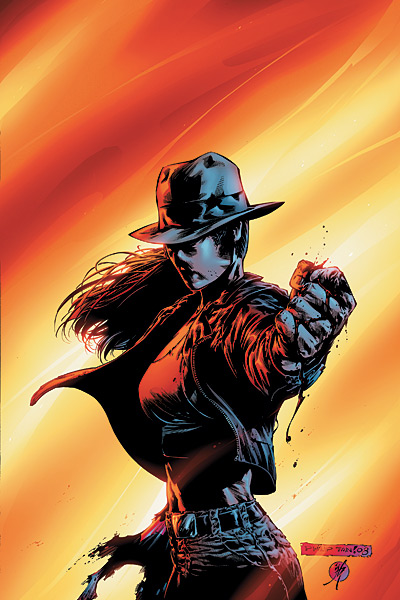 Renee Montoya is the most recent version of the Question and has most recently appeared in Detective Comics and is expected to appear in Detective Comics #980 in July. She’s also appeared in the current Batgirl and the Birds of Prey run and even joins the team at the recommendation of Huntress. While she currently is not acting as the Question she is a detective in the Gotham City Police Department.

Are you excited to see the Question return? Which version do you want to see appear in Action Comics #1005?