There’s been plenty of rumors going around about DC Films’ upcoming Green Lantern Corps film. But we are finally getting official confirmation about which characters will show up in the film. The news comes out just after DC and Warner Bros. announced that Geoff Johns will be writing and producing the film through his Mad Ghost Productions group.

And not only was the company just announced, but it already has a website which confirms two characters that will appear in the upcoming Green Lantern Corps film. Those two characters are the most iconic Green Lanterns in Hal Jordan and John Stewart.

The official description of the film on the website states:

It’s not much to go on, but does confirm Hal Jordan and John Stewart. What I find extremely interesting is that it describes the world of the Green Lanterns as “one of DC Comics’ greatest Super Hero universes.” Could it be possible this film will not be connected to the overarching DC Extended Universe we’ve seen in film thus far which includes Man of Steel, Batman v Superman: Dawn of Justice, Suicide Squad, Wonder Woman, and Justice League. It’s possible, although the Green Lantern Corps was present in Justice League. My guess is the film will be loosely connected to the current DC Extended Universe, but will see Hal Jordan and John Stewart taking on threats in outer space and showing us just how cool the Green Lantern Corps is. 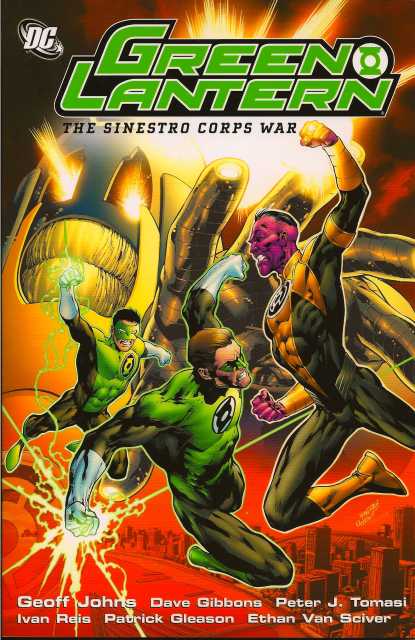 Previous reports about the film had indicated it would be “Lethal Weapon in space.” That’s a pretty good premise, but with Johns and his Mad Ghost Productions team confirmed for the project it’s unclear if this rough story outline will continue.

I know I’d like to see an exploration type film, where Hal and John are sent to investigate some distant sector in space where a number of murders have occurred. While investigating the murders they learn about Sinestro and his betrayal of the Green Lanterns. They eventually uncover that Sinestro has created the Yellow Lanterns and is planning on conquering the known galaxy. It could be a fun crime drama film that spins out into a more grand epic war story.

What are you expecting from a Green Lantern Corps film? Are you happy it will feature Hal Jordan and John Stewart?