Some huge leaks have surfaced for HBO’s upcoming Watchmen television show which reveal the fate one of the main characters from Alan Moore and Dave Gibbons’ original Watchmen comic series.

A leaked photo from Slash Film shows off a number of newspapers from The Tulsa Sun and Tulsa World. 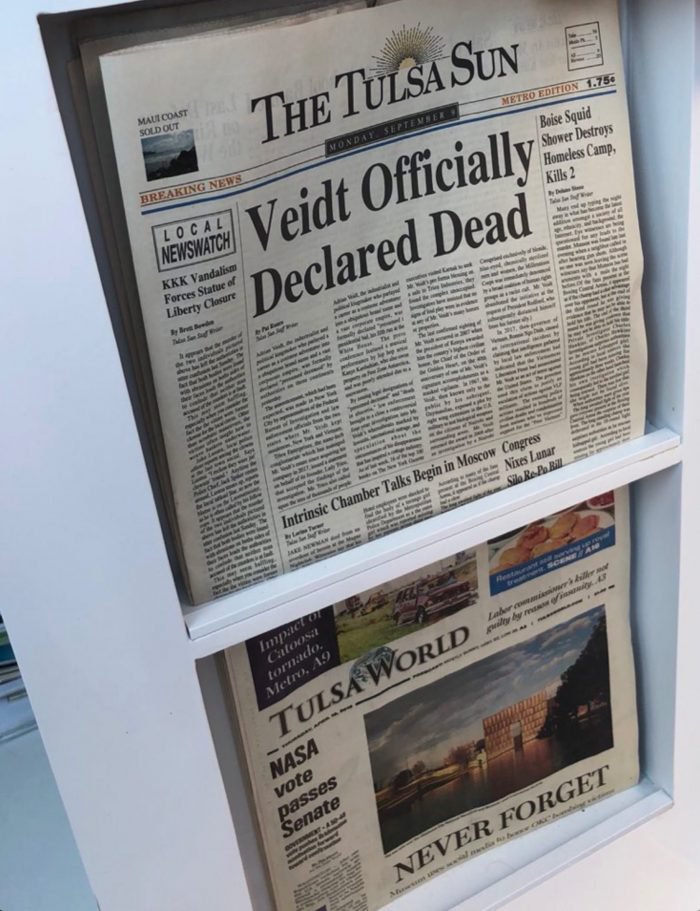 This is most likely a reference to Adrian Veidt also known as the superhero known as Ozymandias.

If you recall from the end of the Watchmen comic series, Veidt faked an alien invasion and destroyed New York City killing tons of people. He did so in the name of peace to keep the United States and the Soviet Union from using their nuclear arsenal against each other. 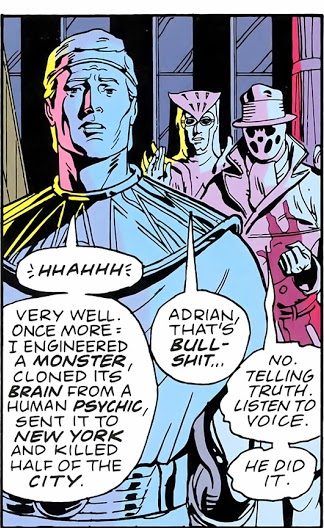 While the newspaper clearly points out that Veidt is dead, I wouldn’t put it past to Veidt to fake his own death as well. It’s possible he did so to go into hiding after Rorshach’s journal surfaced into the public.

However, that doesn’t seem to be the case as the public still seems to be wary of the alien monster attacks. In fact, the newspaper column also details a squid attack, “Boise Squid Shower Destroys Homeless Camp, Kills 2.” But that’s not all. More leaked photos indicate the public have actually created squid shelters. 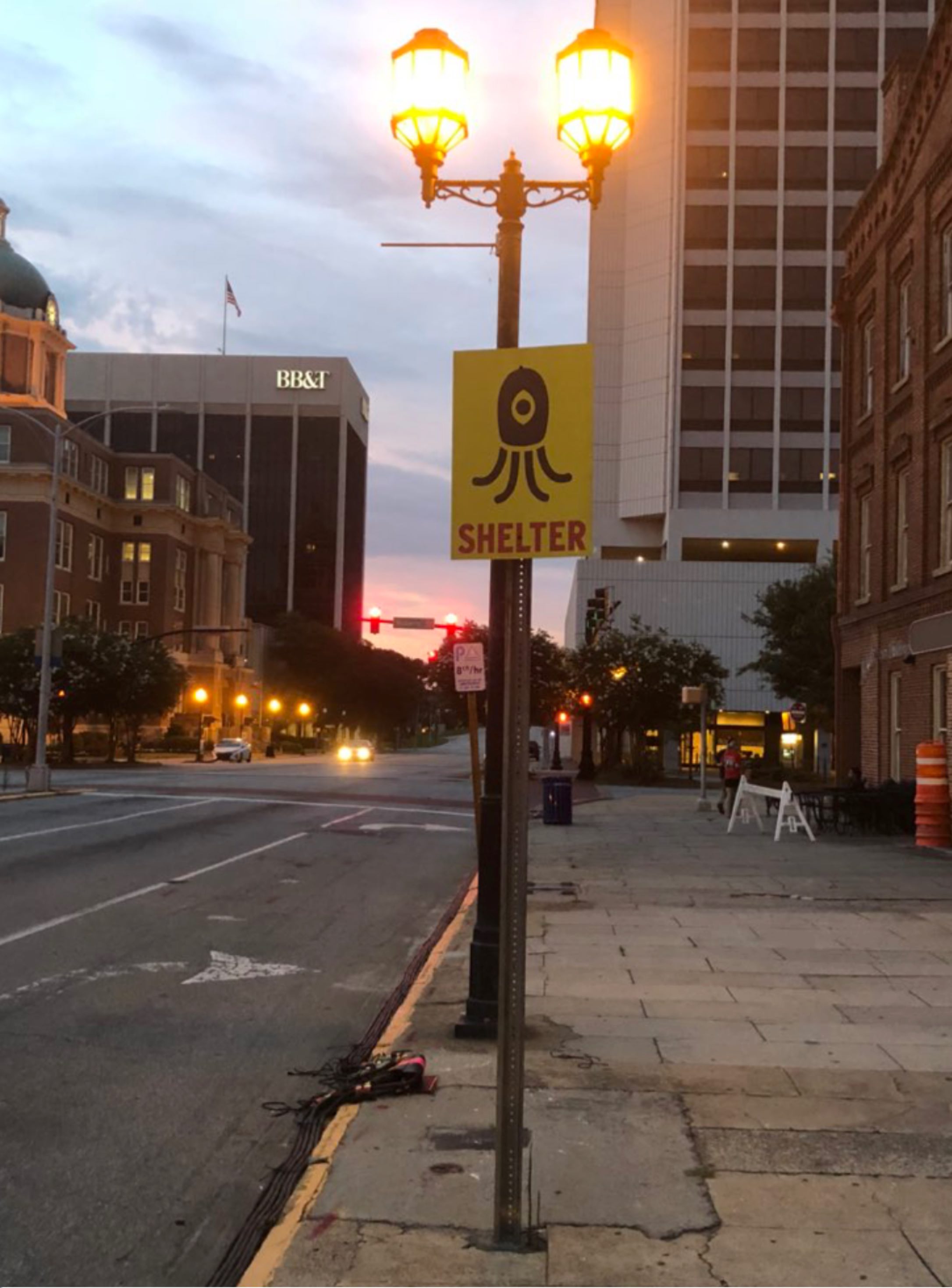 This would seem that Rorschach’s journal did not make it into the public. It also indicates Veidt’s plan might have had short-term success, but was still a long-term failure. In order to ensure peace, he might have concocted more alien squid attacks.

It wouldn’t surprise me if Veidt caught wind of this plan and decided to use it to his advantage. He could have faked his own death allowing him to truly work in the shadows and achieve his goals.

This theory is given further evidence by a close up look at the Red White & Blue Cabs. 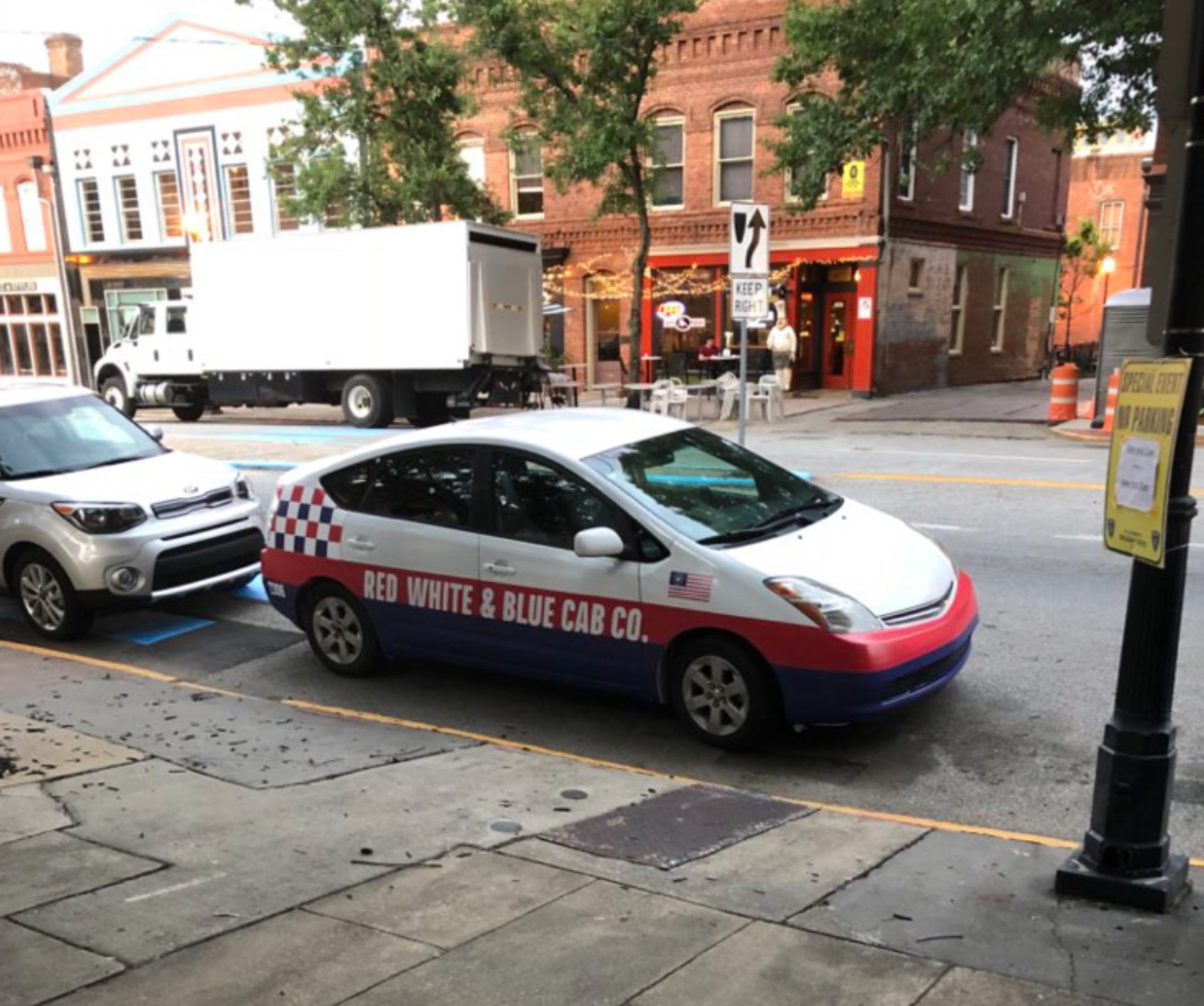 It shows us a brand new American flag. A flag, we haven’t seen before. It looks like a new type of government has come to power in the United States. 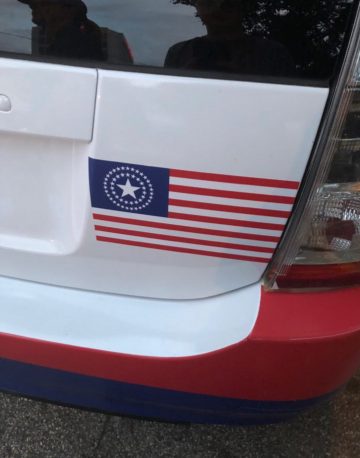 What do you make of these new leaked images? Do you think Veidt is really dead? Did he create more squid attacks to maintain the peace? If he is dead what kind of repercussions could the Watchmen universe see?