A Fight to the Deathstroke

Director Gavin O’Connor is hard at work on Suicide Squad 2. Warner Bros. and the folks behind the film have an uphill battle to fight. The first film had a decent box office return of $746.8 million, but it was received terribly by fans and critics alike. That hasn’t stopped DC from setting up a few spin-offs. Margot Robbie’s Harley Quinn is in a Birds of Prey film; Jared Leto is looking at his own Joker film. But what’s left for the team-film that spawned these other projects? Turns out they might be facing another major villain in the DC Universe: Deathstroke.

Joe Manganiello’s Deathstroke will be getting his own film by director Gareth Evans. But before that comes to light, he might be antagonizing the most famous group of villains-turned government agents ever. The rumor comes from a Reddit post entitled “Oz comic con today Joe (Deathstroke) said that suicide squad 2 is vs deathstroke” by theblade666. Well, that’s big news. According to the post, the rumor comes from Deathstroke himself. Manganiello was at Oz Comic Con in Australia. Here’s the not-so-full story.

Sorry friend, he told my friend who cosplays as deathstroke also. He said he has seen his cosplay and was happy to meet him (Joe to my friend) and then told him this.

Dont have to believe it. But what I was told there

Not the most solid of sources, but if anyone would know it’s Manganiello. What could this mean for the future of the character in the DC Cinematic Universe?

It would be a drastic shift in direction as all other indicators had pointed to Dwayne “The Rock” Johnson’s Black Adam appearing as the antagonist in the Suicide Squad sequel. 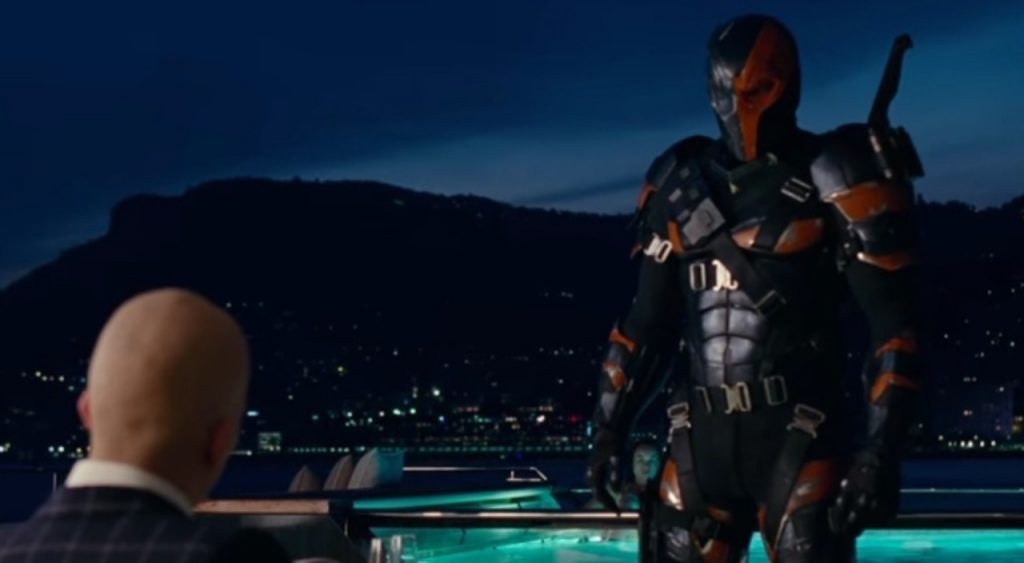 Merely a cameo. That’s literally all the screen time Deathstroke has received in the DCEU. But his growing presence in the Universe is more than enough to excite the DC fanbase. Slade Wilson deserves to be on the big screen as much as Wade Wilson. Deathstroke is a vicious mercenary who can go toe-to-toe with Batman when they happen to have a disagreement.

Deathstroke is the epitome of anti-villain for DC. A character with allegiances that shift so easily and he can move deftly between villain and hero. In fact, Amanda Waller is a bit of an anti-villain herself. Just because Suicide Squad 2 might pit the team against Deathstroke doesn’t necessarily mean he’s the bad guy. Waller’s own motivations are always unsure. One of the most fun and interesting parts of the character. If the team really has to face Slade in their next outing, they have their work cut out for them. Then, if Slade survives, it could pave the way for his own Deathstroke film.

And if you think Slade doesn’t stand a chance against the Suicide Squad, well you might want to revisit the Identity Crisis, where Deathstroke nearly takes down eight members of the Justice League! 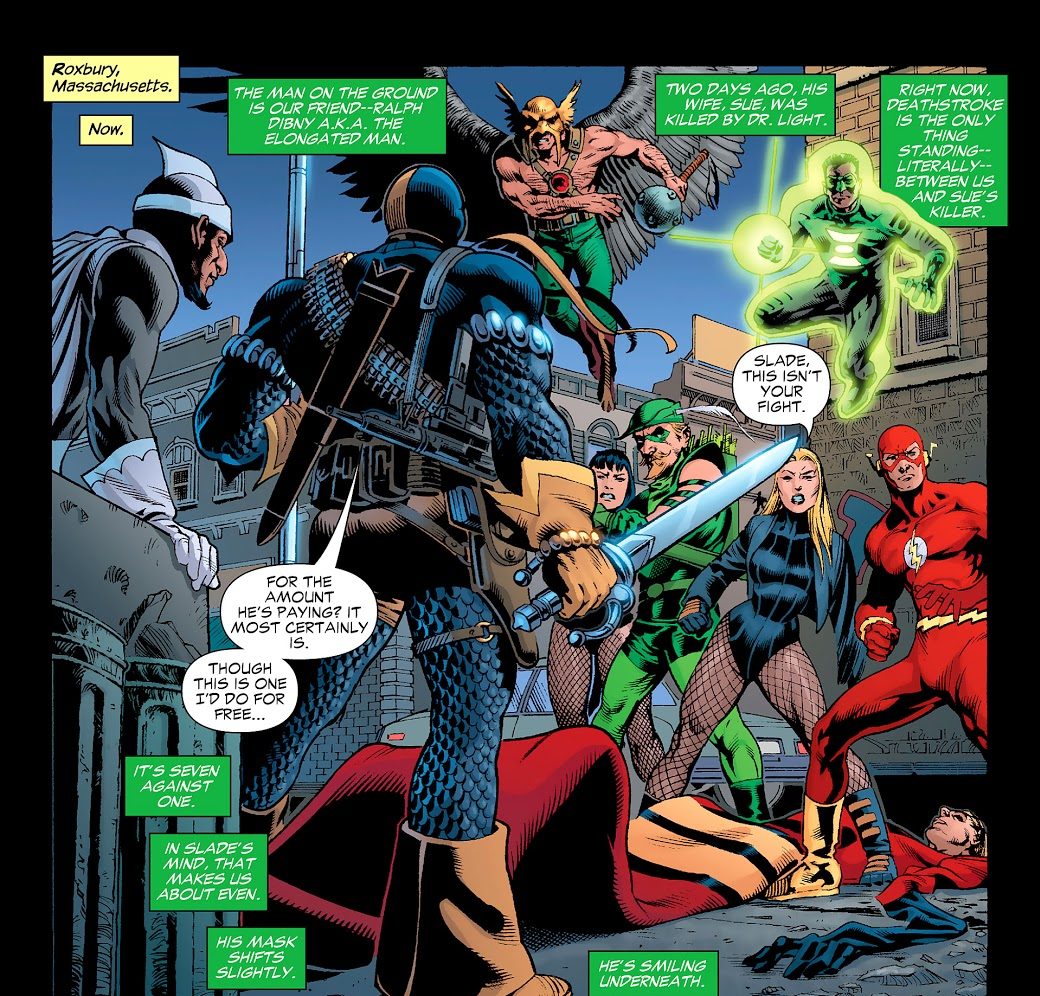 Do you think the original vicious comic mercenary should fight the Suicide Squad?