The road to publication that Alt-Hero: Crackdown has traveled is well known by many who follow comics. Creator/writer Vox Day introduced us to the idea for his creation some time ago and it made an insane amount of money on the online fundraising platform, Freestartr. It was met with almost equal parts excitement and anger. Some saw it as a return to classic comics from someone other than the “Big 2,” some saw it as a natural response to the increasingly leftist slant most modern comics were developing and pushing, and some saw it as a mean-spirited jab at people with different views as them. I’m not here to talk about any of that though. This is a review and all that matters is whether the book was any good or not. So was it? Actually, yeah. It was pretty good.

What we’re introduced to in this first issue of Alt-Hero is a world that is both similar and far different from our own. There’s still an awful lot of political discord and fighting from all sides, but in this world, a team of super-powered individuals (called homo-sequens in this universe) are called upon to put down and imprison any individuals whose opinions differ and may disrupt the government’s mandated way of life. It’s the kind of bleak outlook on our future that could lead to a depressing book if the story were not told in such an entertaining way with equally entertaining characters. 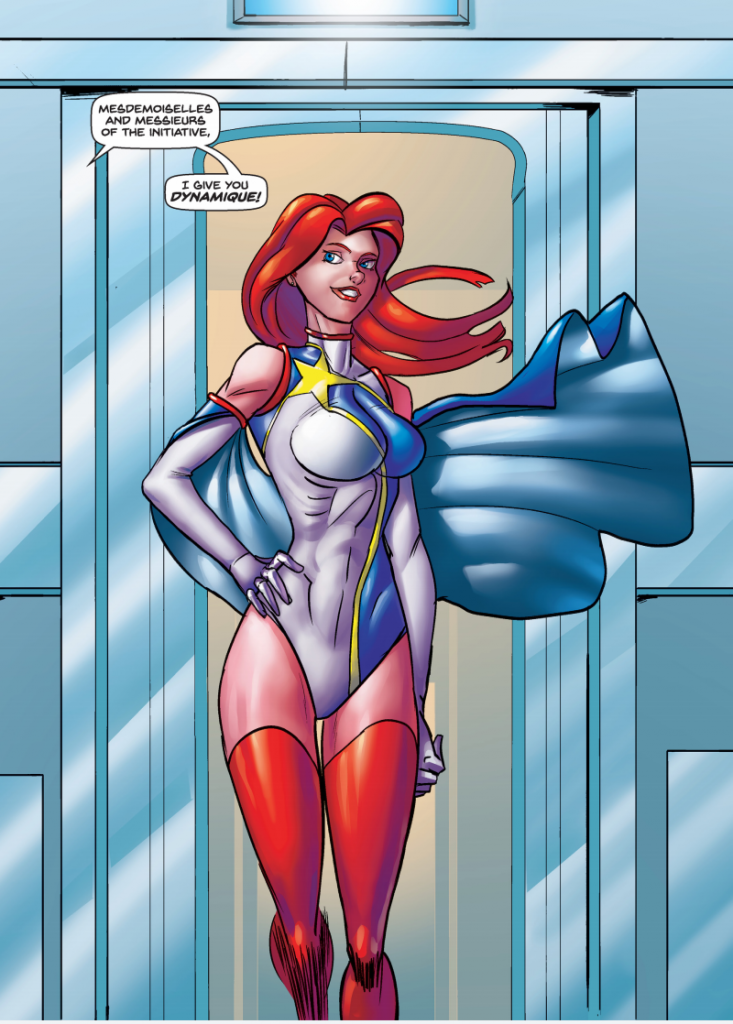 Captain Europa (an obvious riff on Captain America) forcefully recruits the star of the show, a chain-smoking French model, Janelle, who we find out has super-human powers. She’s given the choice of joining this team of law enforcement super heroes, complete with 250K a year and a swanky apartment, or go back to her old life, albeit with an implanted tracker as well as her name and information on a world-wide register. She agrees, of course, and becomes Dynamique! We’re introduced to the rest of the team and the characters we’re introduced to are what gives this story its backbone. There’s Redshift, who looks like another version of The Flash or Quicksilver, there’s also Agualonia who is some sort of fish lady, the shape-shifting Dr. Nano, the Batman-esque Shade, and a flamboyant fellow named Rainbow who…. is pretty much exactly what you’d expect. It’s these characters, and Dynamique’s interaction with them that gives this issue the charm that it needs to hook the reader. Dynamique is the real star here though. She’s funny, beautiful, powerful, and she’s a strong, independent female protagonist who doesn’t feel the need to constantly remind the reader that she is a strong, independent female protagonist. Refreshing.

The story itself is a look at the corrupting influence of power and the dangers of a government who has overstepped its bounds. It’s a reflective slice of life that we are becoming increasingly too familiar with. The great thing about Alt-Hero, though, is that it’s all presented with a wink and a nudge that allows the reader to enjoy and even laugh at the, admittedly, awful things that are happening to people. Much of the characters and situations are obviously played for laughs and it’s a good reminder that even when comic book stories deal with unhappy subject matter that hits close to home, comics are still supposed to be escapist entertainment, and that’s what Alt-Hero is.

It is unashamedly a right-wing leaning take on our current social climate, but unlike a lot of other books that choose to push a political agenda, it doesn’t try to demonize any one side of the argument. At one point Dynamique questions the necessity of such violent force on what she terms “internet trolls”, and I didn’t get the sense that any of the characters, save for Captain Europa, were being malicious in their policing of ideas. Rather, it seems as if they were doing what they had erroneously been led to believe is the “right thing to do.” Whether or not the team members come around and act differently remains to be seen, but it’s nice to see a group of comic characters who are not altogether evil or altruistic heroes; just flawed people. 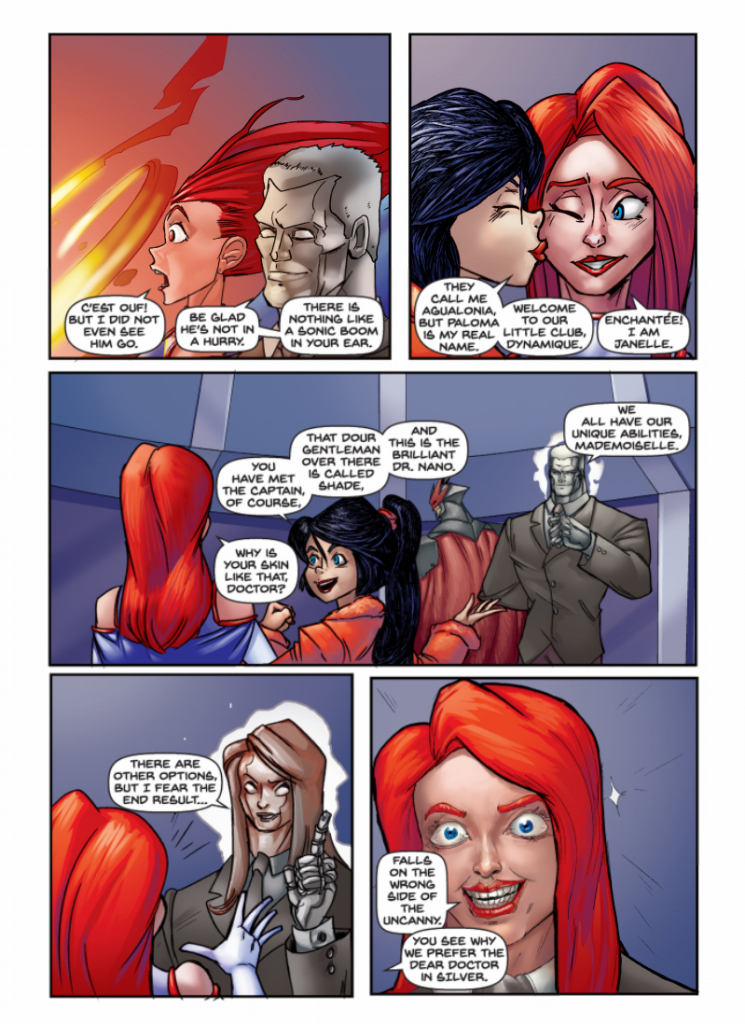 Not everything is perfect though. As with many first issues, things start off very quickly and we aren’t given much of a chance to get to know some of the characters or motives before we’re thrown right into the action. We get almost no look into Dynamique’s back-story and for a character we’re supposed to care about, a little more time with her would have been nice. The premise is also dangerously close to being cliché. The rounding up of super-powered individuals for use by an aggressive government is a story we’ve seen play out plenty of times.

Artwork is also a bit of a mixed bag. None of it is bad and for the most part, it’s good, but there are some instances of awkward character models. Sometimes characters don’t look like they’re standing quite right and proportions are occasionally off. I’m also not a fan of the coloring. There’s nothing glaringly wrong with it, but it all just looks a little too digital for my taste.

Luckily, however, complaints are minimal in an otherwise funny and entertaining read. Lots of good ground work has been laid for what promises to be fun ride with some even more fun characters.

The best satire is the kind that while reading it, you’re not too sure if it’s actually satire or not. Alt-Hero: Crackdown excels in this area on nearly every page. It’s nice to read a comic story directly for those of us who tire of the constant barrage of hard left-wing ideology and it’s even better that the focus is NOT on political agendas, but rather, telling a good story. Some of the bigger comic publishers should take a few notes.