Marvel announced their upcoming Captain America Annual #1 will see Captain America and Bucky Barnes back in action during World War II. The issue will be written by Tini Howard of Rick and Morty and Power Rangers: Pink with art by Chris Sprouse.

The story will see Captain America and Bucky Barnes on the front lines of World War II when they come across a number of concentration camp escapees. Cap and Bucky make it their duty to protect these escapees until reinforcements can arrive and escort them to safety.

Editor Alanna Smith provided some more details on what to expect in the annual:

For this annual, we’re really trying to steer into a Kurosawa vibe through the lens of Captain America. I’m a big fan of Seven Samurai, so the idea of putting Cap and Bucky in a similar situation was immediately interesting to me. Tini’s done a wonderful job capturing Steve’s determination to fight for those in need, as well as his perpetual willingness to recognize humanity in other people. And we’re so fortunate to have Chris on art — every single panel looks iconic! I can’t wait for readers to see what this team is putting together! 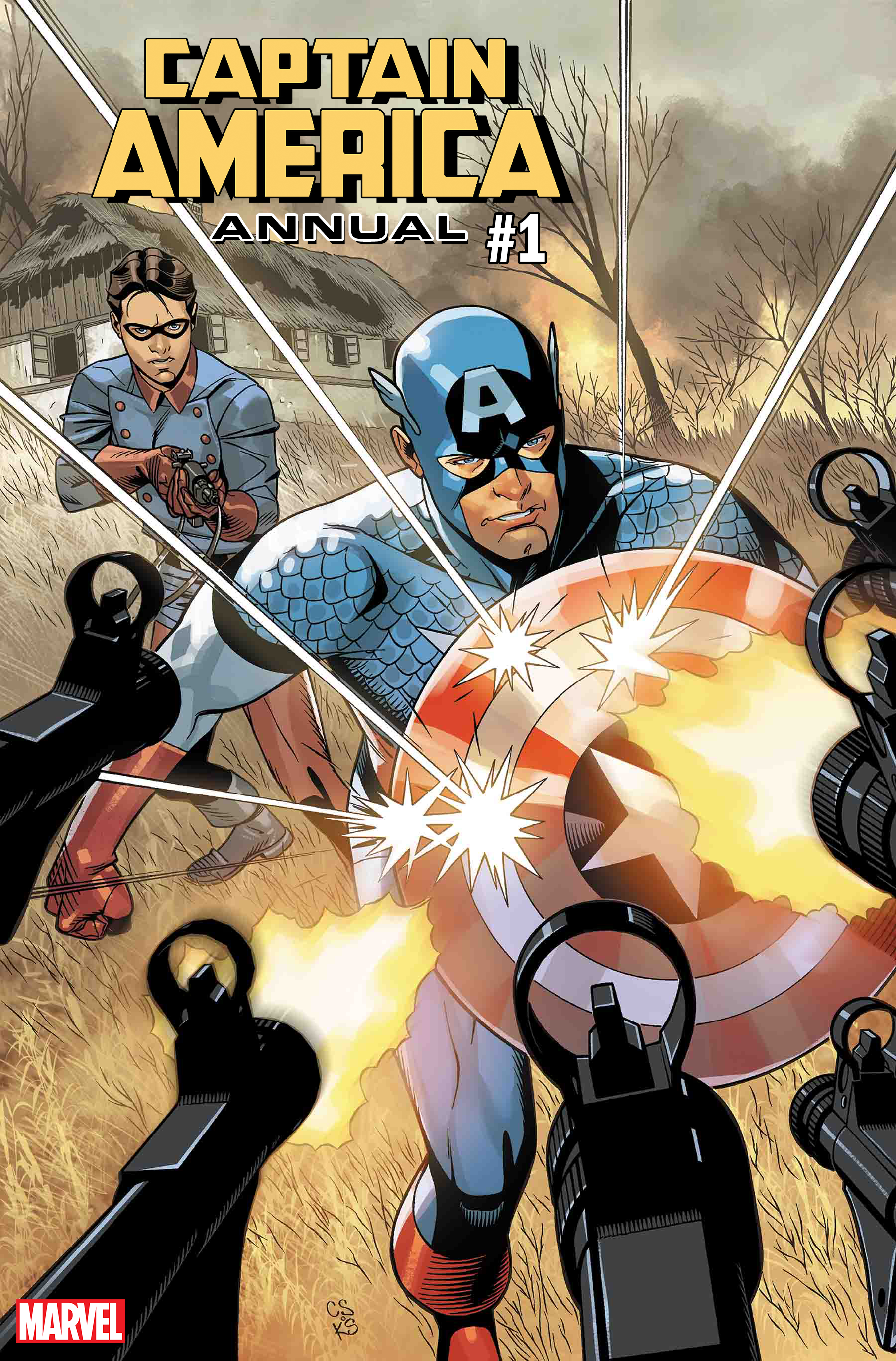 Howard talked about how she looks to write the story:

“Alanna and I are both huge Captain America fans, and she knew from my work on The Skeptics that I was also a big fan of historical fiction and period pieces. I’ve also long been an advocate of seeing more women writers take on these tentpole superhero characters – as a fan, it’s mind-blowing to get to put words in Steve Rogers and Bucky Barnes’s mouths.”

“At the same time, we’re working with a time period that’s been often distilled into action stories that fail to recognize some of the realities. One of the great things about historical fiction is the ability to go back and amplify perspectives that may have been silenced – everyone deserves stories.”

Sprouse was excited to work with Howard’s script:

“This story couldn’t be a better example of why a character — an idea — like Captain America matters and I am thrilled and honored to be a part of bringing it to life. Just speaking purely personally, Tini’s Captain America Annual was exactly the Cap story I wanted to draw. Not only does it feature a couple of iconic Marvel characters that are a blast to illustrate, it’s set in a time period and setting I’ve long wanted to explore and deals with themes and ideas that have always been important to me, both in my work and in my life.”

Captain America Annual #1 hits stores on September 19, 2018. It will feature a main cover by Chris Sprouse and a variant cover by Kaare Andrews.