Ant-Man and The Wasp tickets have officially gone on sale and to celebrate their availability, Marvel Studios released a brand new TV spot explaining what Ant-Man aka Scott Lang has been up to since the events of Captain America: Civil War.

The trailer reveals that Paul Rudd’s Scott Lang has been on house arrest for two years.

If you recall Captain America broke Lang out of prison at the end of Captain America: Civil War. It appears he turned himself in and allowed the government which was still operating under the Sokovia Accords to keep him on house arrest. The clip doesn’t provide an explanation, but it’s more than likely that he turned himself in because he still wants to see his daughter.

But he might not have been on house arrest the entire time. When asked if he’s made contact with Hank Pym or Hope van Dyne, his answer is a little wishy-washy.

The clip shows him bowling, playing some drums, and over all just killing time while he’s allegedly on house arrest.

We do get some interesting new scenes including one of Hope making fun of Scott’s new friendship with Captain America. It’s more than likely a jab at him after Lang bragged he was recruited by Cap for the events of Civil War. His suit appears to have a malfunction and he can’t return to normal size. He’s not fully miniaturized, but he is smaller than normal. Evangeline Lilly’s Hope van Dyne teases him, “If only Cap could see you now!”

Along with the new TV clip, Fandango unveiled an exclusive poster for all fans who purchase tickets through the Fandago FanShop. It looks really cool with Ant-Man and The Wasp walking on clouds although those clouds might be pieces of popcorn! 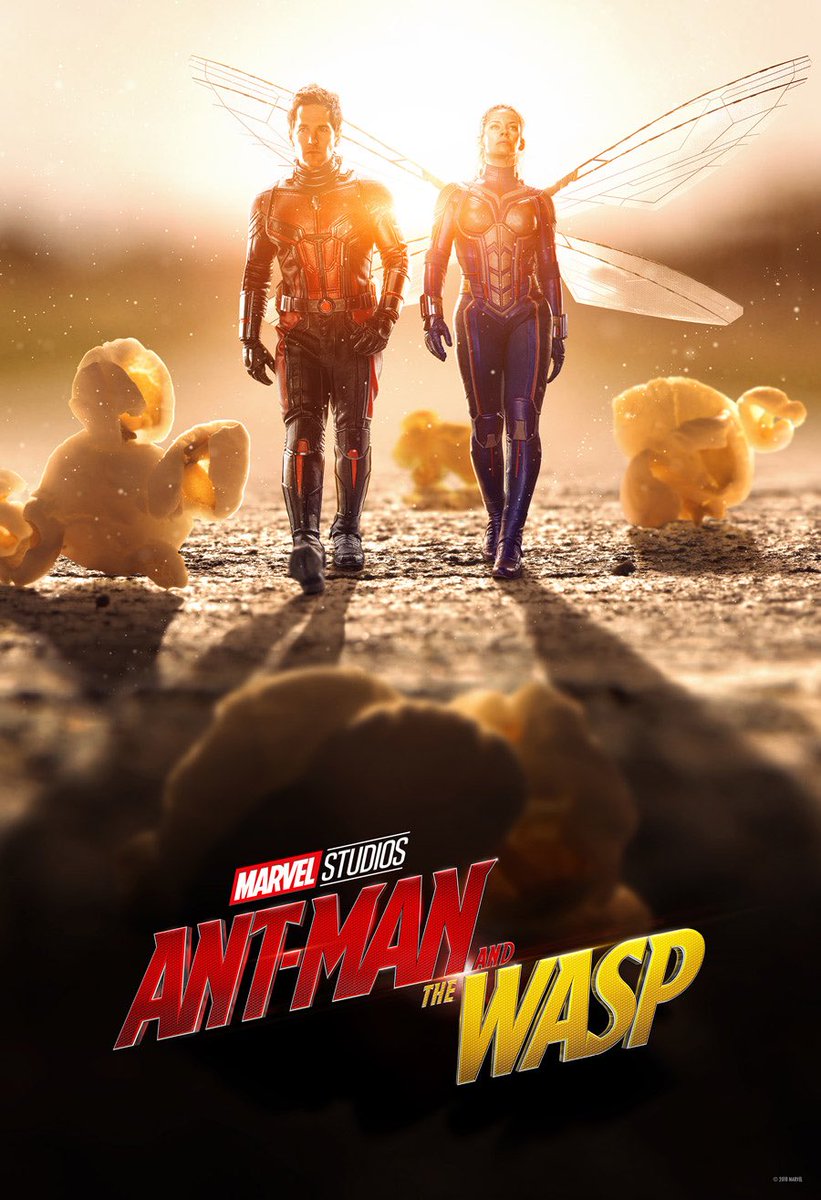