The award-winning team of Ed Brubaker and Sean Phillips, who have brought you series like Kill or Be Killed, The Fade Out, Fatale, and Criminal announced their first original graphic, My Heroes Have Always Been Junkies.

In a press release Image Comics describes the series as “a seductive coming-of-age story, a pop and drug culture-fueled tale of a young girl seeking darkness…and what she finds there.” 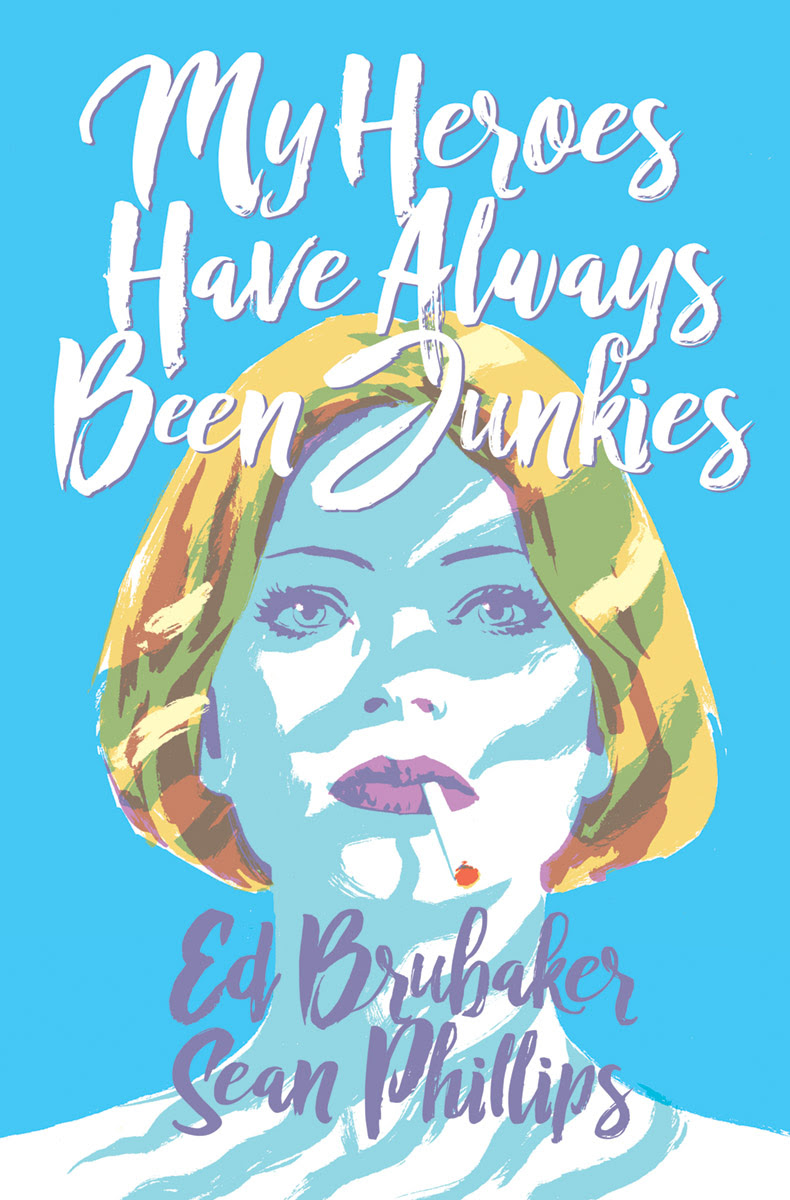 The story will focus on a woman named Ellie who has become obsessed with famous drug addicts after her junkie mother died. These celebrities have been her idols and her angels. Unfortunately, Ellie will find herself in an upscale rehab clinic where she discovers a dangerous romance. Not only that, she’ll learn how easily drugs and murder go hand in hand.

“Sean and I have been talking about doing our version of a romance comic for a long time, so naturally it ended up being a crime story, too. But it’s one that allows me to mine some of my own pop culture obsessions and delve back into my teen years and the kind of trouble you can only get into when you’re young,” said Brubaker. “And coming off a long project like Kill Or Be Killed, it just felt like this was the perfect time for us to experiment with format and finally do an original graphic novel. We’re both very excited to be creating something that’s designed to be seen first in hardback. That’s a new one for us, in nearly 20 years of working together.”

The graphic novel will be published by Image Comics in a hardcover format. It will be 72 pages in length and weigh 1.7 pounds. It will be available on comic book shelves on October 10th and in bookstores on October 16th. It is currently available for pre-order on Amazon for $16.99.