Poor Ben has seen some crazy and horrific things since he stepped into that haunted cabin in the swamp back in Sonitus issue #1. Thus far, it’s been a surreal trip through a world of terror and we’ve been given a sneak peek at plenty of horrific imagery and a look into Ben’s troubled past, but we haven’t gotten much in the way of any explanation at what the heck is actually going on here. So… does the third and final issue of Sonitus wrap everything up with a neat little bow? Nah.

Over the past two issues we’ve seen Ben supernaturally called to an abandoned cabin in the swamp and we’ve begun to get a look at his history with the house. In this issue, we finally get some insight into why the malevolent spirits are so angry at Ben in the first place. This third act revelation hearkens back to some well-worn plot devices employed by countless horror movies that we’ve all seen countless times. As familiar as some of the particulars are, there’s still something timeless about an angry spirit looking for vengeance for past wrong doings. It’s one of those plot hooks that never quite gets old as long as it’s employed creatively. Unfortunately, the use of these tropes gets bogged down in muddled story telling. 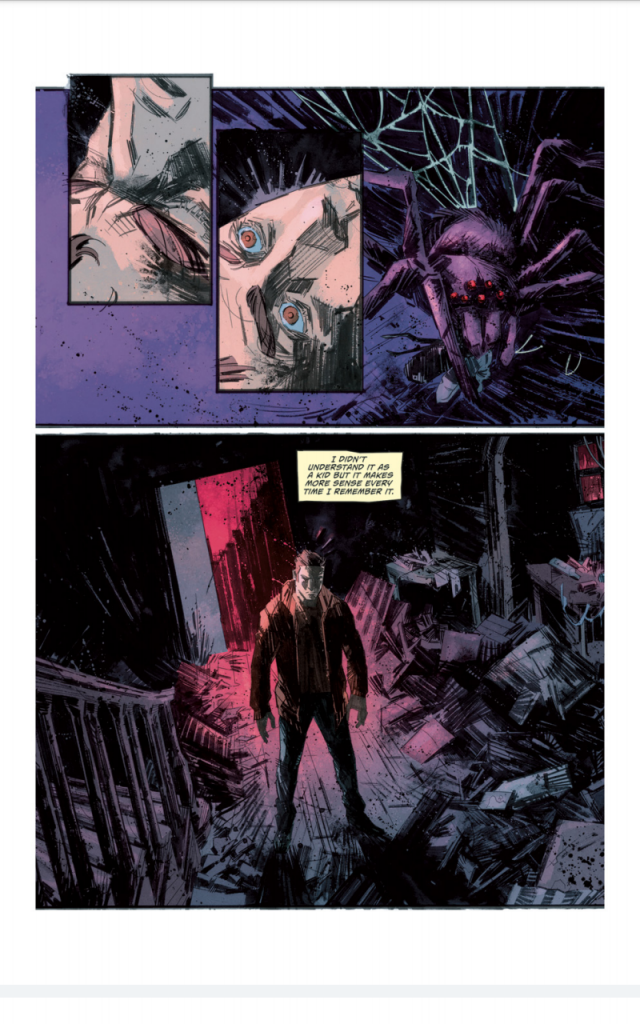 Even with the final issue of Sonitus putting our protagonist through the wringer and then sending him on his way, we still aren’t given any clear indication of what the spirit’s intentions were. It’s clear they were angry at Ben and they meant harm for him, but what form or shape that harm was ever meant to take is never really made clear. The monsters themselves, while incredibly creepy and lots of fun to look at, are never given any context in terms of the story. It’s clear that they are designed to illustrate some part of Ben’s subconscious, but I was never able to piece together what and I don’t think the book did enough to help with that.

There’s also another mysterious entity that shows up at the very end to lend Ben a hand. It’s obvious that this spirit is benevolent, but again, there’s no explanation of who it is, what it’s interest is in Ben’s plight, or how it even managed to help Ben out like it did. I’m certain that writers Cody Sousa and Dan Sheppard knew clearly what they were trying to say, but I don’t think it came across clearly. A bit of mystery and an element of the unexplained is normal for a horror title like this, but this final issue was draped in simply too much of it. 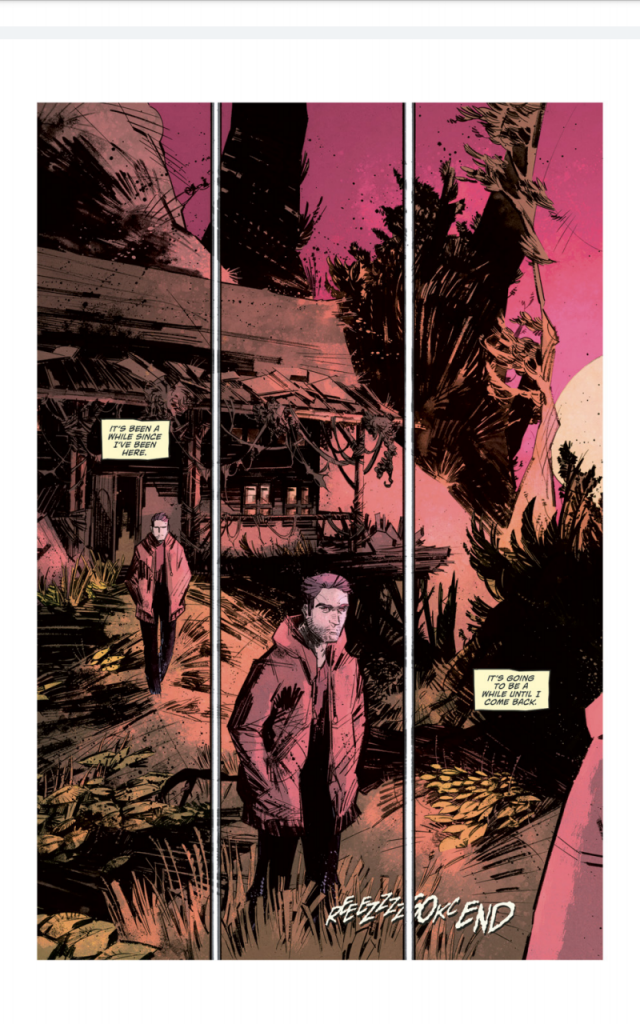 The artwork is also, as it has been, a mixed blessing. On one hand, I love the dark, sketchy aesthetic employed by Cecila Lo Valvo and I find that the unevenness of it all lends itself well to the psychological thrills that the story presents. I also loved the dark use of shadows which hide enough of the terrors to keep them mysterious, but showcase enough to let you know something terrible is there. On the other hand, many panels are so dark and so muddy that it’s often impossible to ascertain just what it is you’re supposed to be looking at. There are a lot of close ups of various creatures and objects and while I appreciate the art direction, it just made for a confusing read at times.